This is my Southern girl version of an Irish Dublin Coddle. This is not your grandmother’s coddle recipe for sure… it’s kind-of amazing! 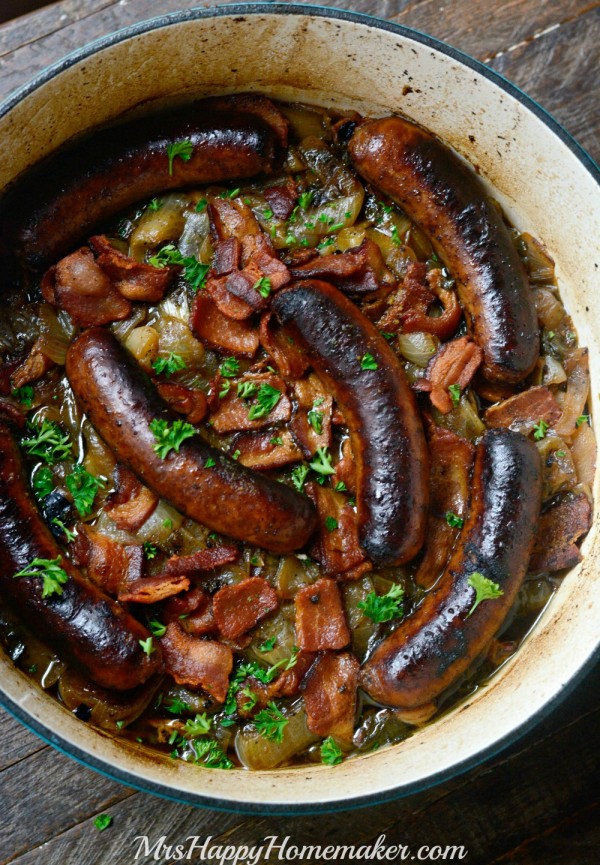 With Saint Patrick’s Day fast approaching, I thought it was the perfect time to share a new dinner family favorite with you – my Southern girl twist on a Dublin Coddle. It’s such a favorite, in fact, that I can’t justify only having it on St. Paddy’s Day.  Totally embracing that 12% Irish in me that the Ancestry DNA kit told me I contained & busting this one out 1-2 times a month. 😉

This recipe contains some of my favorite foods all in one dish – cooked in a heavy pot like a large cast iron pot/dutch oven. We’re talking sausage, bacon, potatoes, onion, garlic… Heaven, really. You can totally swap out the sausage for bratwurst for a change of flavor. It’s delicious too. A traditional coddle is very boring to me – just all thrown into a pot & boiled with water or broth. Browning the elements makes a huge difference in flavor – as well as adding ingredients such as bacon, garlic, & yes – Guinness beer (or swap it out for broth!). SO good, y’all. 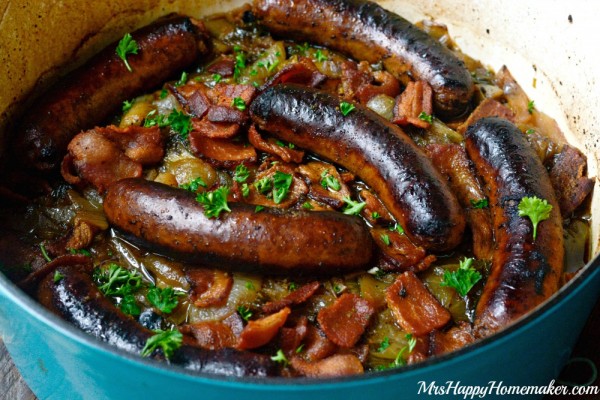 The smells that move through my house when I cook this are intoxicating. But that’s nothing compared to the flavor this dish packs. I tried a few methods but after much experimentation, I came up with the most amazing meal. It’s not complicated & doesn’t require many ingredients – but it does take a couple of steps to brown off some of the ingredients – but the flavor that comes with it is well worth it. After you brown off the sausages, onion, & bacon – everything (including ‘taters!) gets layered back into the dutch oven, covered with Guinness beer & beef stock, & slow cooked in the oven. The result? 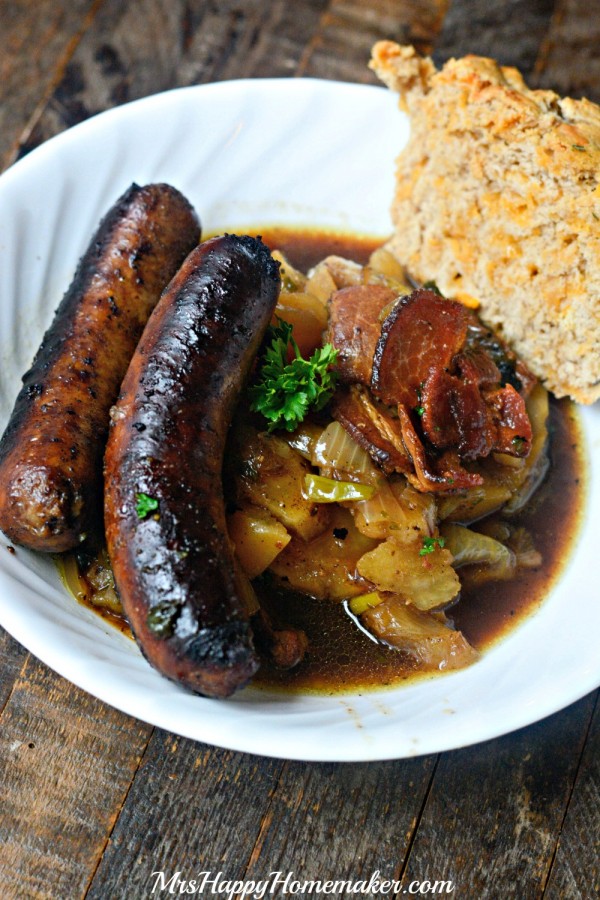 And make sure you serve it up with a crusty piece of Irish brown bread to sop up all of the au jus that collects in the bottom of the pot. It would be a sin not to. Ok, maybe not a full pledged sin… but it would be troubling if you didn’t. 😉

Dice up 12oz of thick cut bacon. You don’t want the thin stuff here. Slice it into 1 inch pieces & fry in a large dutch oven on medium heat until cooked through & crispy. 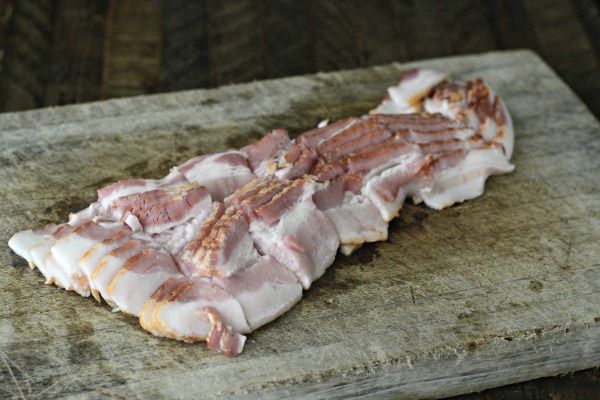 Use a slotted spoon to remove the cooked bacon – set aside to drain on paper towels. Sear 6 good quality pork sausages (or bratwurst if you wanna) in the bacon grease. You’re not wanting to cook them, just give them some nice deep color on all sides. 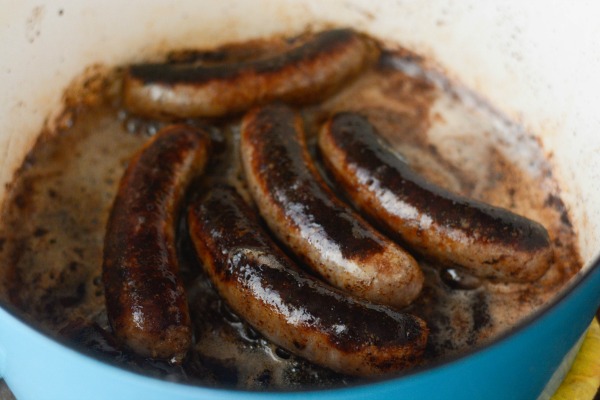 Remove the sausages from the pot & set aside once browned. Remove all but 3 tablespoons of fat from the bottom of the pot. Add 2 large sliced onions (about 1/2″ thick) to the pot. Cover – cook for about 7 minutes, stirring once or twice. 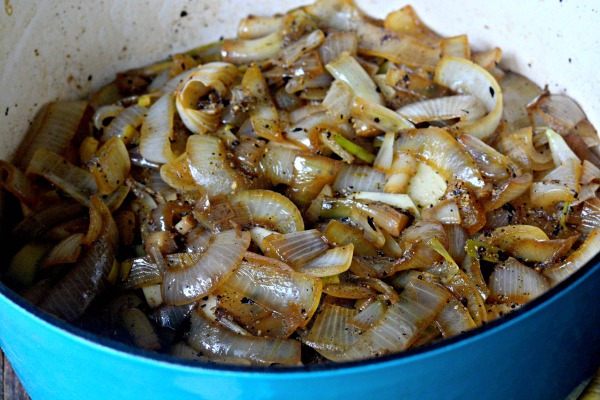 Add in 2 tablespoons of apple cider vinegar, 2 cups chicken broth, 4-5 cloves minced garlic, & a sprinkling of pepper. Bring the onions & broth to a boil. Remove from the heat & transfer to another container just for a minute. 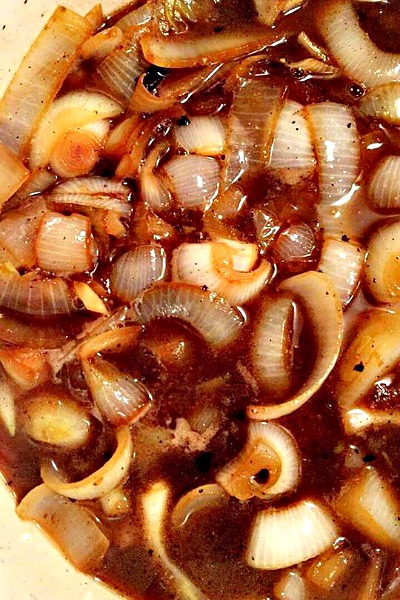 Layer 3 pounds of peeled & sliced potatoes into the bottom of the pot. Pour the onions over top. 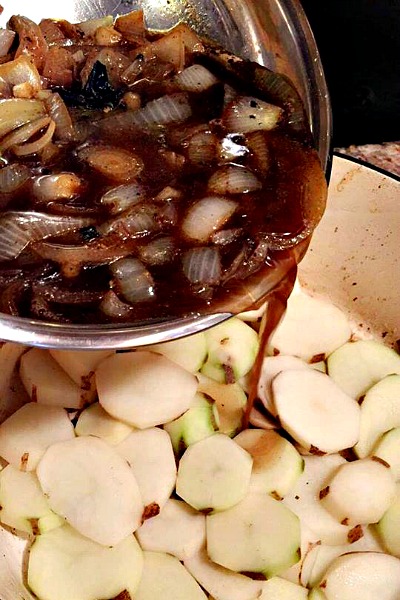 Top with 3/4 of the cooked bacon, the browned sausages, & 1/4 cup of chopped fresh parsley. 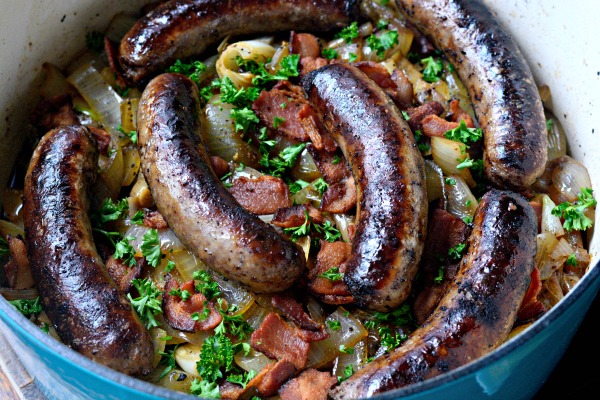 Cover. Cook in an oven preheated to 300 degrees for 45 minutes. At this point, you’ll want to add 1 cup of Guinness beer (or your favorite dark beer). If you don’t want to use beer, you can substitute broth. 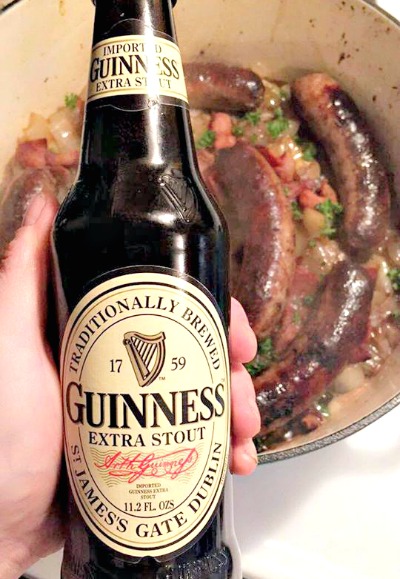 Replace the cover & cook for another 45 minutes. Top with a little more fresh parsley & the remaining bacon.

Enjoy! This Southern twist on a traditional Irish Dublin Coddle is definitely not your grandma’s recipe – but it’s absolutely amazing. 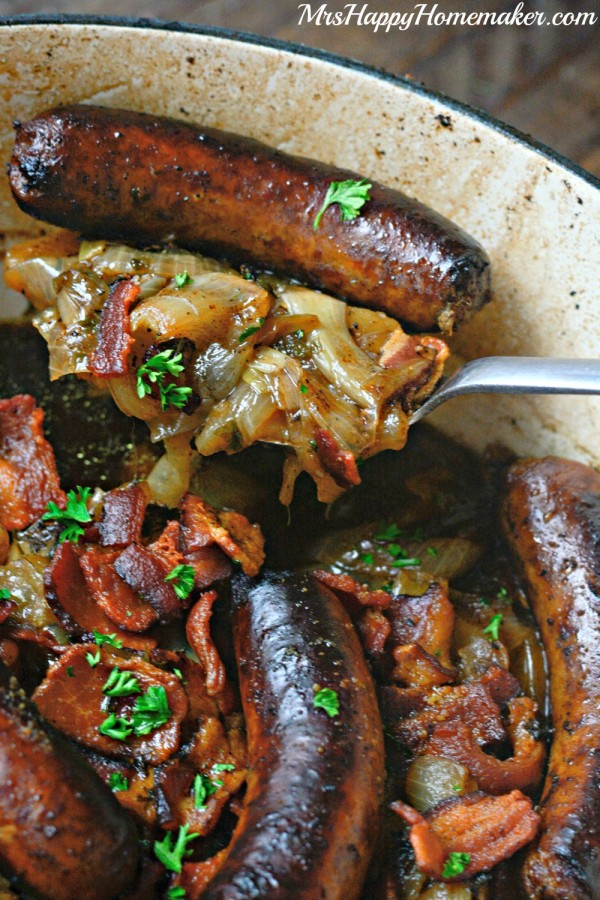 PRINTABLE RECIPE AFTER THE RECIPE VIDEO! 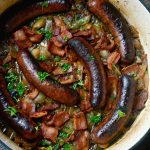 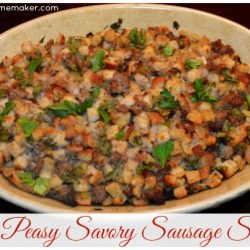 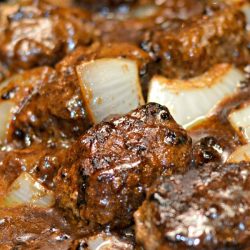