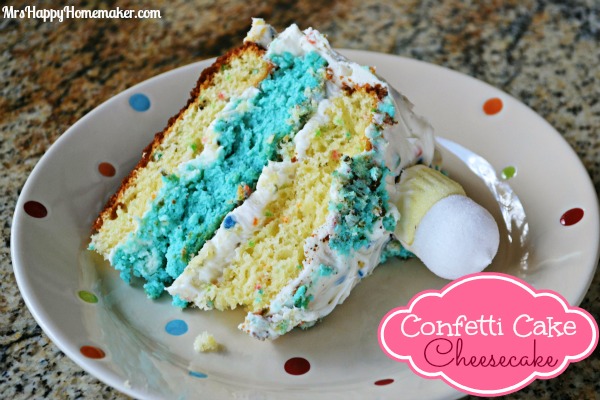 One of my all-time favorite cakes is my red velvet cheesecake.  It’s so decadent & delicious.  That cake is where the idea for this cake came from.

I love the confetti cake mix.  Maybe I shouldn’t because it’s a mix & all.  But I do… I really do.  Adding a layer of cheesecake to it just made my affection grow… maybe border lining into the stalker status.

I used the exact same cheesecake recipe that I used in my red velvet cheesecake, and simply stuffed it between 2 round layers of confetti cake – with ample icing of course.  You can use any frosting you wish – store bought or homemade.  Let me just tell you though – this marshmallow buttercream is divine on this cake/cheesecake. 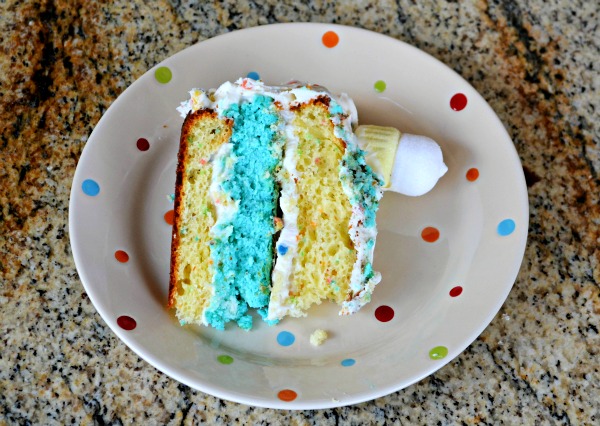