Big Mac Potato Skins – with beef, lettuce, special sauce, pickles, & sesame seeds! You can even make them Whole30/Paleo friendly if you like. SO good! 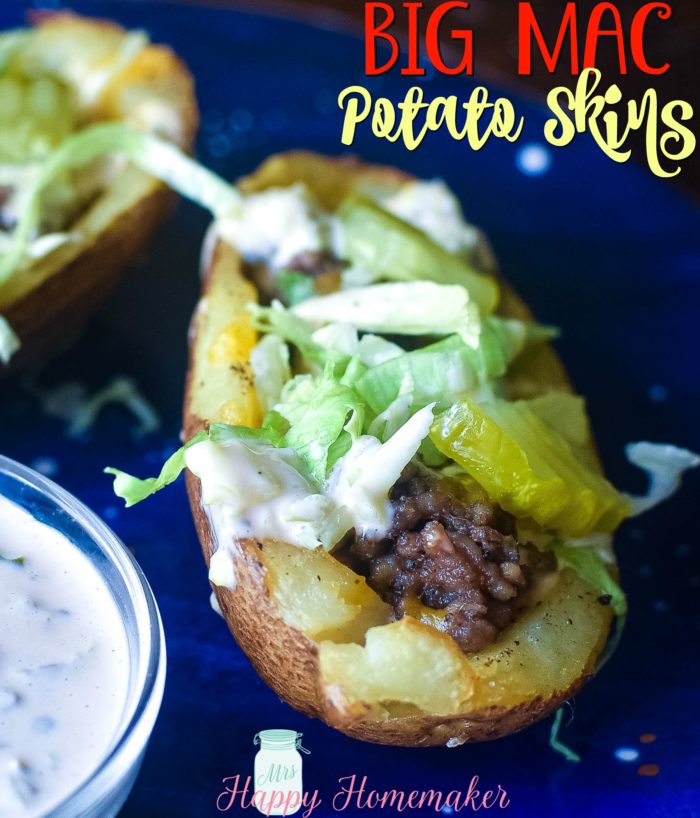 When I was a kid, Big Macs were my favorite thing. My dad even used them as a bribe for me after surgery. You see, I had a couple of pretty major surgeries when I was a kid and after one of them, I had to drink this really gross medicine. It was gross gross. Like, just the smell made me gag. Terrible stuff. Anyways, Daddy said ‘If you get all that down, I’ll get you a Big Mac’. We rarely ate out and a Big Mac was a huge treat to 12 year old me. So, I somehow managed to drink down the goshfully awful liquid medicine I had to drink (over the sink, just in case – man… that stuff was bad) and I got my reward. A Big Mac.

Fast forward to present day me, and I don’t go to McDonalds. I just don’t. Well, I take that back. My kids always get to pick out where they want to go for their birthday dinners and my daughters are older now and pick better places. Ok, ok… my oldest daughter picks decent places. My middle daughter is 18 now and she still chooses IHOP every year haha. My 9 year old son though, he chooses McDonalds each and every year. So – it’s the one time a year that I go. And yes, I still order the Big Mac. 😉 (I published a homemade Big Mac recipe several years ago on the blog – click here to check it out!)

With Labor Day in a couple days, and football season just around the corner – I thought that it would be a great time to reveal one of my new favorite recipes.

McDonald’s doesn’t have anything on these! haha 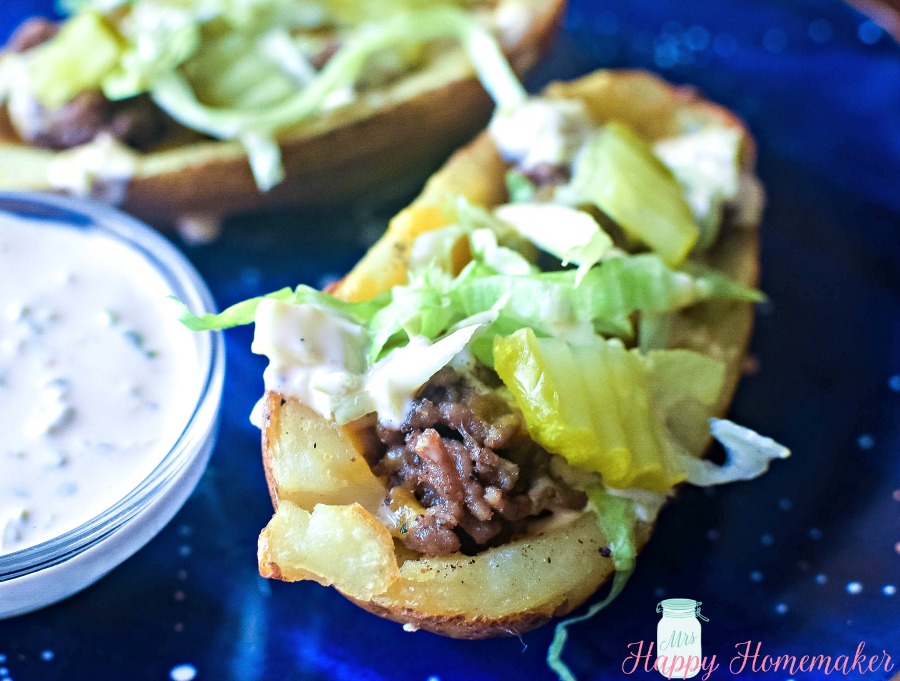 They are great to make for dinner or lunch – or for a snack or appetizer. They would be awesome on your next football party table! I personally love to make them when I do meal planning for the week.

You can even make them Whole30/Paleo friendly by omitting the cheese and using compliant mayo, ketchup, & relish.

When I meal prep with these, I make the special sauce and keep it in one container. Then I brown the beef and keep it in another, and pre-bake my potatoes and keep them in another. (Baked potatoes are always huge on my meal planning list, they are so versatile!). When I’m ready to have some, I slice my potato and scoop out some of the insides to make a ‘tater boat’. Then I place the potato halves on a baking sheet, fill with the beef, and bake til hot. Top them up with cheese (if you are not doing Whole30), shredded lettuce, pickles, special sauce, and you can even sprinkle on some sesame seeds for the final Big Mac-ian touch. 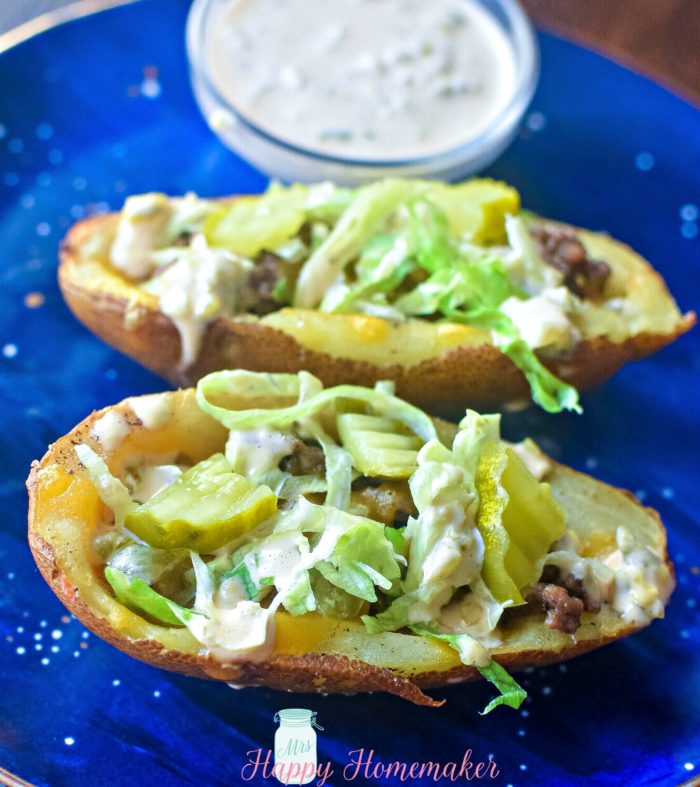 Are you following me on Instagram yet? Come over and say hi! 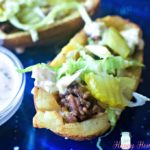