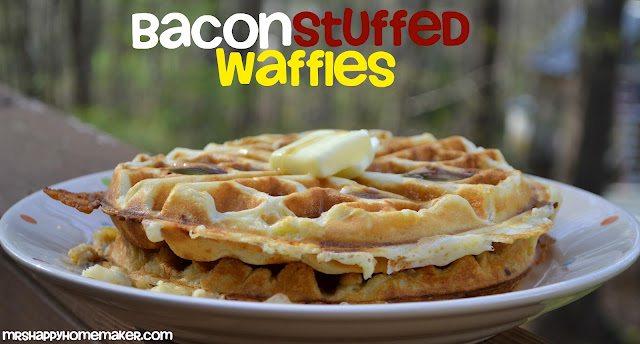 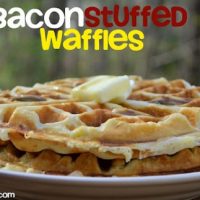 A while back – Mr. HH and I were watching television.  I had maneuvered the remote control, so it was on Diners, Drive-Ins, & Dives – and I’m a little bit of a Food Network Junkie…. and I absolutely love Guy! They were showing some diner on there that served waffles which were stuffed with strips of bacon.  I thought…how cool is that?!
That episode came to mind when I was in the kitchen the other day and I just had to make a version of it.  That craving got the best of me!  So, I whipped up a brown sugar waffle, which I thought would balance perfectly with the bacon (which it did!). Then, instead of chopping up the bacon, I decided to leave the strips whole so they’re sticking out of the cooked waffle a little. You could do either though! 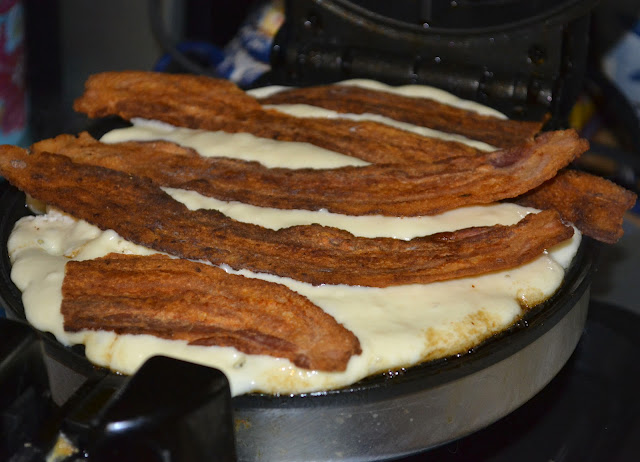 Next time I make these, I think I’m going to lay a couple of pieces of bacon in there halfway – so half of it is hanging out, and you see it better.  But, this works perfectly – and it’s so good! 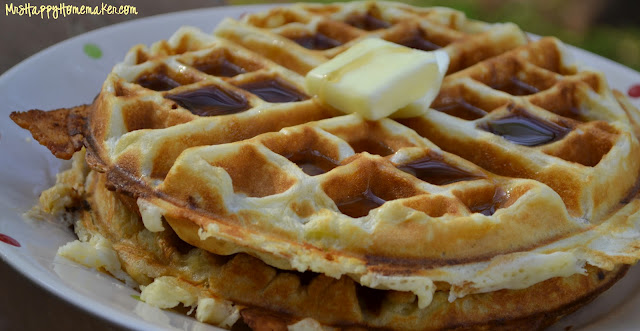 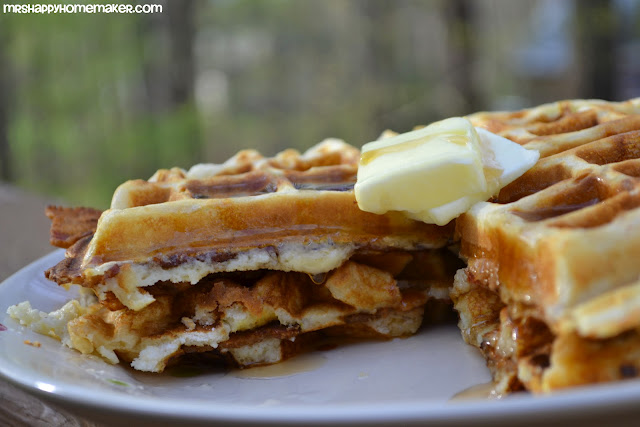 If you don’t have a waffle maker, you could make my bacon stuffed pancake version instead!

The brown sugar is bacon & the waffle/syrup combination is so good.  The mix of the flavors is perfect, and the result is one amazing breakfast.  Or don’t eat it for breakfast & stuff it with sandwich toppings.  I bet that would be good! 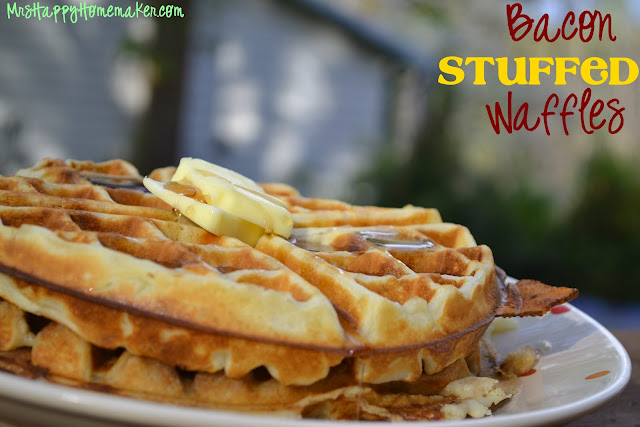