These CADBURY EGG PARFAITS are the perfect Easter dessert. They are easy as can be & you only need 4 ingredients. 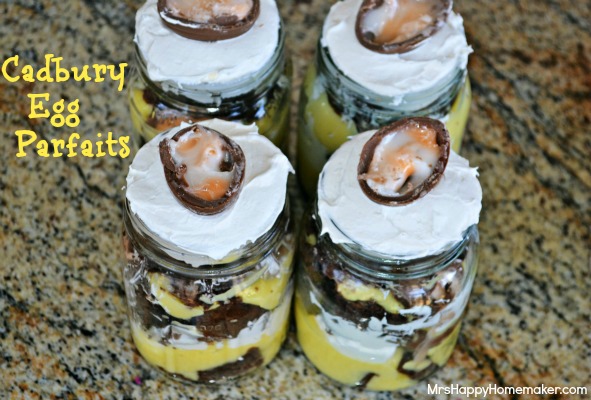 I don’t know about where you live, but every year – they still play that same Cadbury Bunny audition commercial.  Without admitting my age too badly, I remember that exact same commercial from when I was a kid. 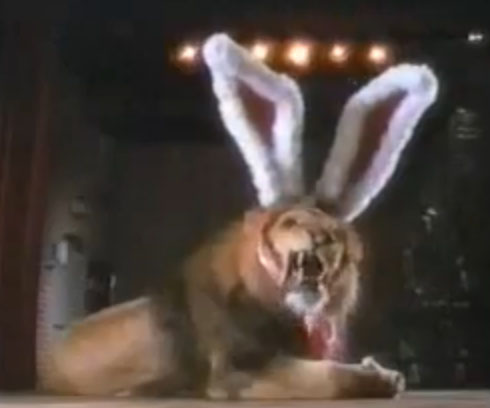 Every year I buy them – they are like part of Easter, they must be bought.  But this year when I saw them sitting on the shelves, I knew that I wanted to do something ‘different’ with them – like include them in a recipe or something, but I wasn’t sure what.  I picked up a few boxes & instructed everyone to not eat them! 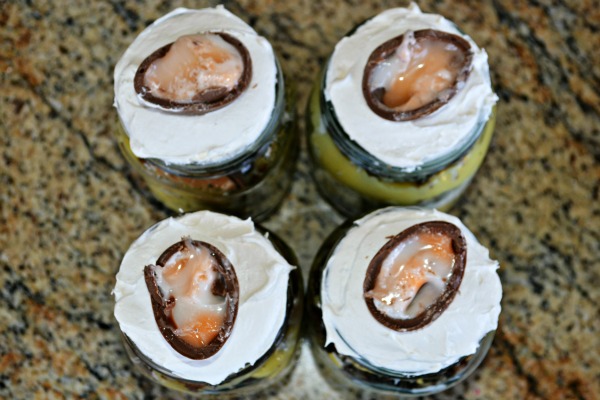 When I made the Easter Candy Cake, I used a cake mix that made 2 round cake layers.  I used just one cake layer for the Easter Candy Cake, so I was looking for something to do with the other layer.  Then I thought about those Cadbury eggs that I told everyone not to touch.  Luckily, for once – no once had touched them.  This is a rare occurrence with my kids 😉

I love recipes that aren’t actually recipes.  You know?  A little of this, a little of that – no real way to mess it up.  Yep, those are awesome.  And, this recipe is totally one of those no recipe recipes.

I present to you, my friends… 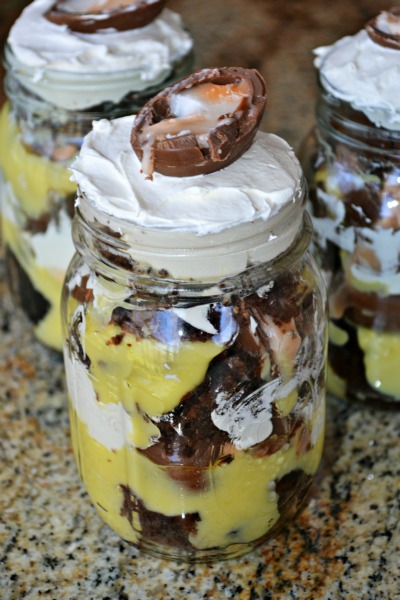 How do I make a Cadbury Egg Parfait?

It’s so easy and you only need 4 ingredients!

There are so many flavors of Cadbury Eggs on the market now that you can get super creative with this parfait and make all sorts of versions.

For the ones in the picture, I took my leftover single layer cake round & broke it into chunks and separated half of them evenly between 4 mason jars. Then, I layered some vanilla pudding (that I made from a normal sized instant vanilla pudding box).

Afterwards, I scooped in a little layer of the Cool Whip cream cheese frosting.  I purchased it on a whim after seeing it at the grocery store, and when preparing this recipe – I thought it would be just the thing.  It totally was.  Totally yummy! You can also use just plain Cool-Whip or cream cheese frosting – or combine half cool-whip in a bowl with half cream cheese frosting ( or the frosting of your choice – funfetti frosting is good with this too!) and use that instead. 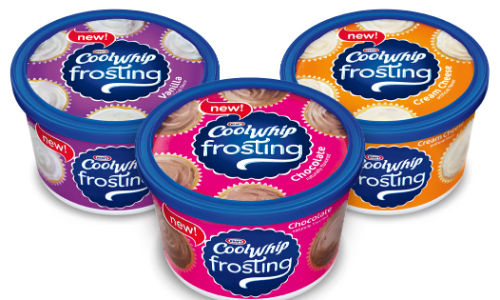 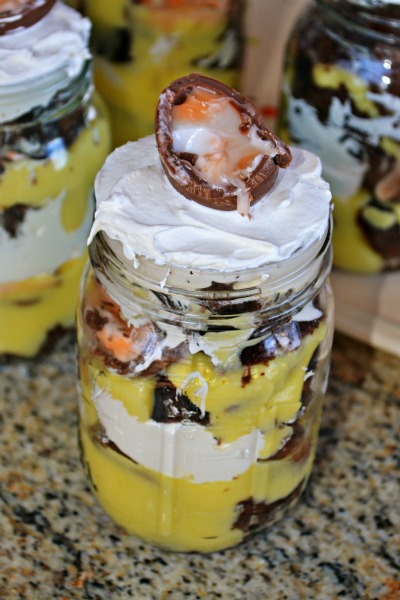 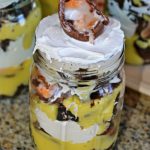