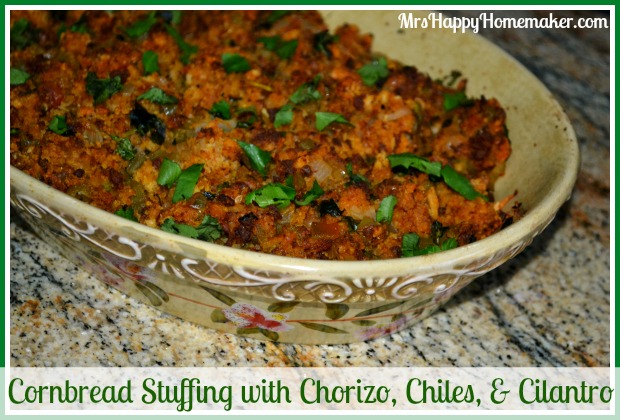 Where has the year gone?  I can’t believe that Thanksgiving is nearly upon us! Tis the season of elastic pants, food induced naps, & diet abandonment.  Are you ready?  I am, with my sweatpants in hand.  😉

I love any holiday where cooking a big meal is part of it.  I really get into it.  Cooking has been my passion for a long time – well, that and watching cheesy lovey dovey movies on the couch with like a million pillows around me.  But, yet again – tis the season.  Back to the cooking… A lot of people get stressed around the holidays with this & that they need to cook – but me, I love it.  It’s comforting to me, no matter how weird that makes me.  Afterall, who wants to be normal?  Where’s the fun in that?

I understand that a lot of you do get stressed this time of year, so I’m going to help you out a little by devoting the next week or so just to Thanksgiving recipes. From preparing the perfect moist turkey, flavorful gravy without the lumps, side dishes, and all the way to dessert.  I’m going to bring y’all many of my Holiday favorites, that will definitely be on my table this year just as they have every year in the past.  Tradition – I like it. 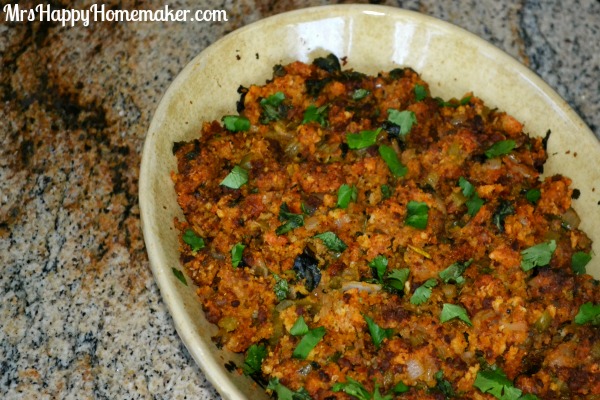 We’re going to start this off with something a little on the untraditional side though – with this extremely flavorful cornbread stuffing with a bit of a Mexican spin to it.  It’s kicked up a few notches with the addition of chorizo, green chiles, & cilantro. And, I promise you – it’s super delicious, and extremely easy.  Y’all know how I like that kinda stuff! 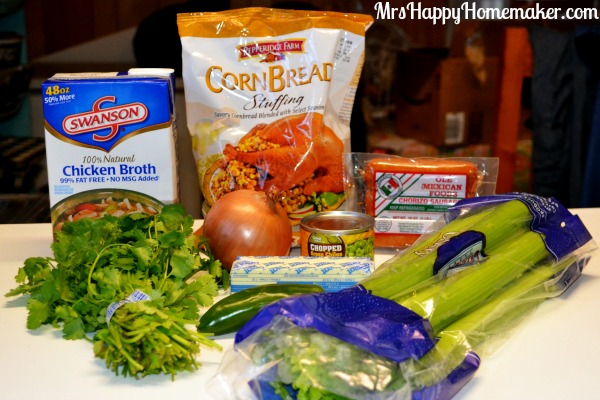 Chop up a large onion & 1-2 stalks of celery.  I always like to get some of those flavorful celery leaves in mine – so good!  Melt 3 tablespoons of butter in a large skillet.  Add the chopped onions & celery.  Cook for a few minutes until the onions are translucent. 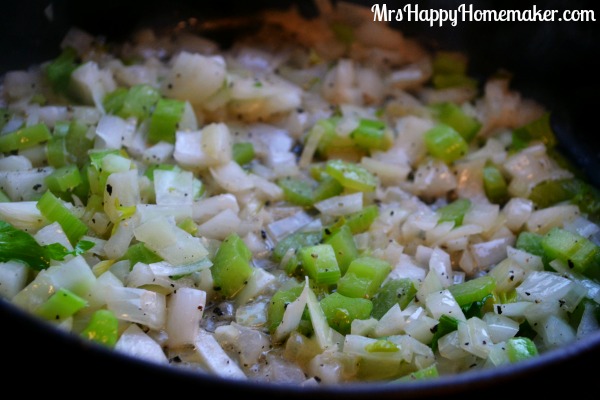 Now, the chorizo.  Add 1/2 pound to 3/4 of a pound of chorizo.  When I buy mine, they come in little tubes – usually 6 to a package. You simply slice the casing open, and break up the chorizo inside; then add it to the hot pan. I always add 4 of those little tubes. And yes, I’m aware there are only 3 pictured.  I had already added one to the pan before I decided to photograph what the little tubes looked like.  It happens. 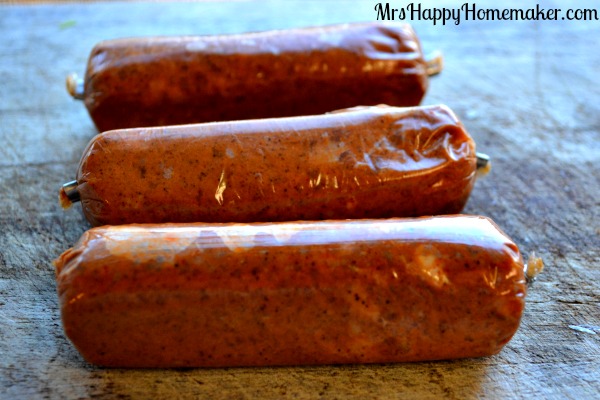 Cook the chorizo, onion, & celery mixture until the chorizo is browned & cooked – about 6-9 minutes. 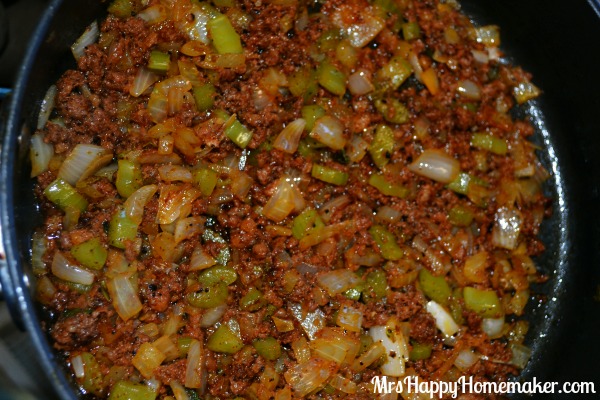 Turn off heat. Stir in a 14oz bag of cornbread stuffing (I like Pepperidge Farm), 2.5 cups chicken broth, & 2 4oz cans of green chiles. Chop up 1 bunch of cilantro – set aside 2 tablespoons.  Fold in the rest of the chopped cilantro into the stuffing mixture. 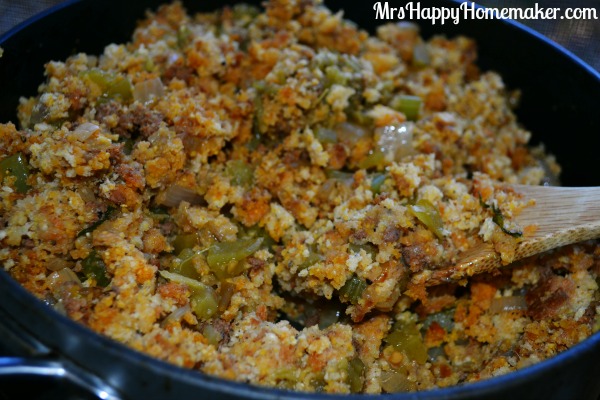 Spray a large baking dish (at least 3 quarts) with non-stick cooking spray.  Spread the stuffing mixture into the dish. 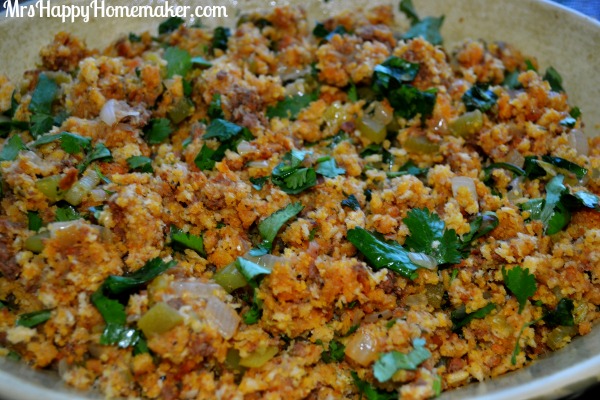 Cover the dish with aluminum foil.  Bake in your oven, preheated to 350 degrees – for 30 minutes.

Remove from the oven, and inhale real deep… because it smells heavenly!  And, it tastes even better than it smells – so yep, you’re in for a real treat!  Sprinkle those reserved 2 tablespoons of chopped cilantro on top. 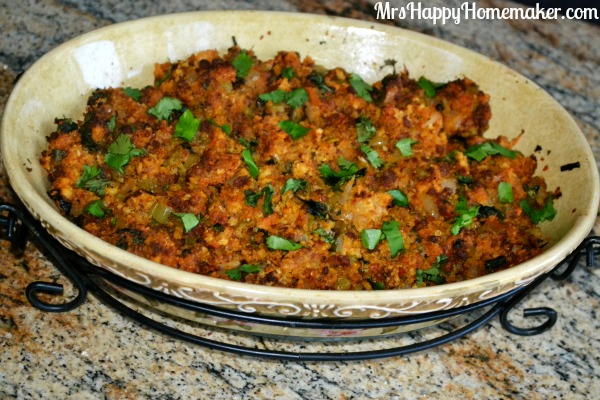 This is such a great addition to your Holiday table… but it’s also good anytime of year, so don’t limit it to just once or twice a year.  It’s way too delicious for that!

Next up on my Thanksgiving dinner series – my favorite turkey brine.  So, stay tuned!

Check out more great side dishes by clicking here – and if your looking for more Thanksgiving day inspiration, head this way! 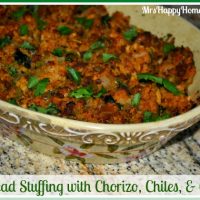 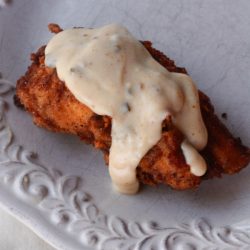 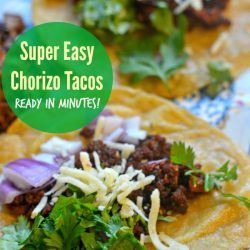