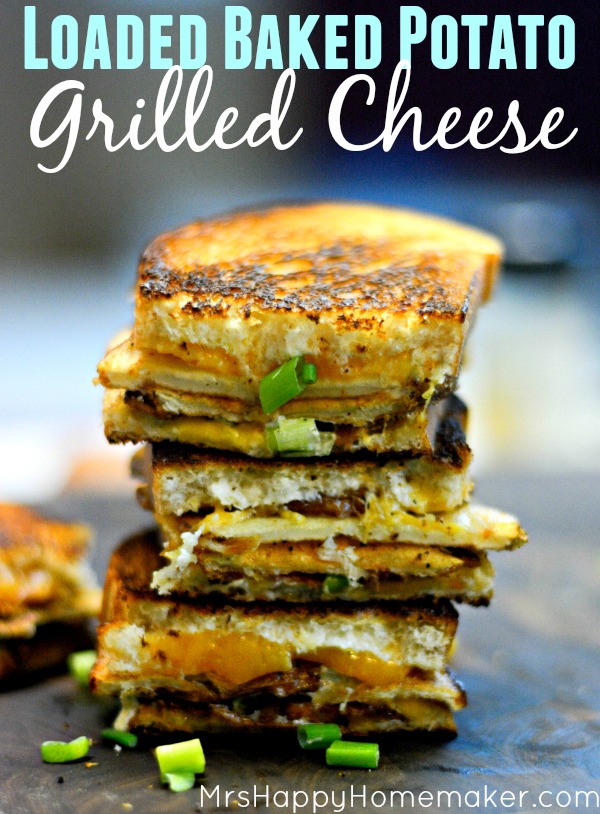 Ok y’all. It’s no secret that I’m a carb lover. I guess you can say it goes way more than love though – more like a carb fanatic. I could never be the gal who goes on a low-carb diet. My top 2 reasons for saying ‘no’ to any sort of diet that limits my carbs? Biscuits & potatoes. Simple as that. I can’t do it. I won’t do it. Life would be so dismal without my precious potatoes & biscuits.

Well, today we’re gonna bring out my inner carb fanatic – but no biscuits are making an appearance in this one. But, there’s still bread. And potatoes. And cheese, and bacon, – and all that yummy stuff we crave.  Today – we’re talking about Loaded Baked Potato Grilled Cheese Sandwiches. 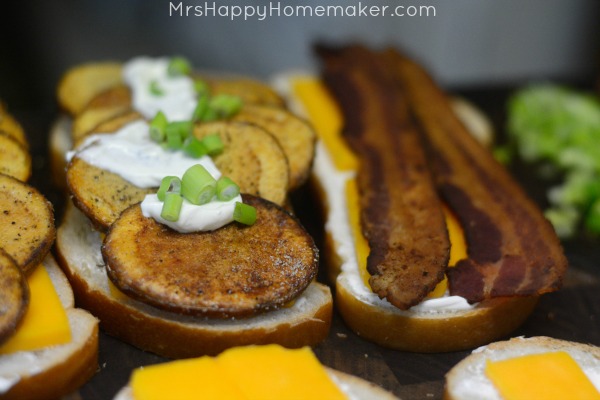 I made these for the first time while my kids’ best friends were spending the night at our house. My kids best friends are my best friend’s kids… so that’s full of awesome & a total blessing. Anyhows – as soon as these were coming out of the pan, they were stumbling over each other & playfully pushing each other out of the way to be first in line to grab a sandwich. This carb loving mama did pretty good too because I didn’t hog all the sandwiches for myself, and I totally shared. I get a gold star, right? 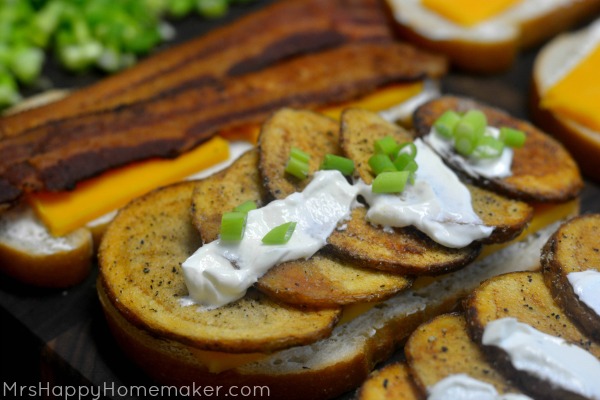 So, enough talk. Let me show you how to make these because I know your mouth is watering. 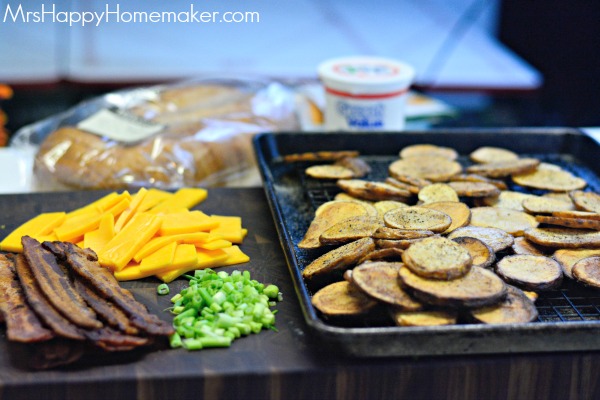 In the picture, my bacon is already cooked & my taters (yes, taters) are already fried. I simply cut them into thin slices (I left the skin on) & fried them in some vegetable oil until nicely browned. 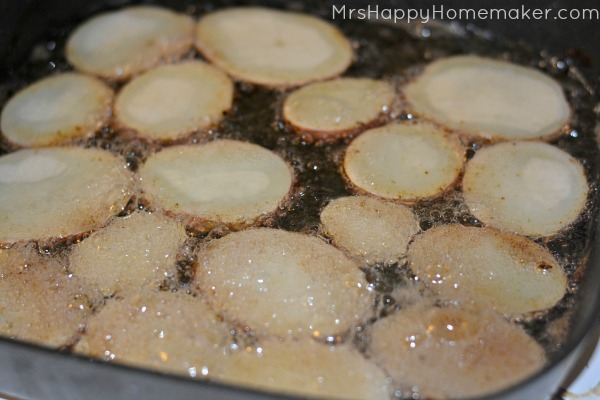 Once they came out of the oil, I drained them & seasoned them up with some garlic salt & pepper. Yummmm. 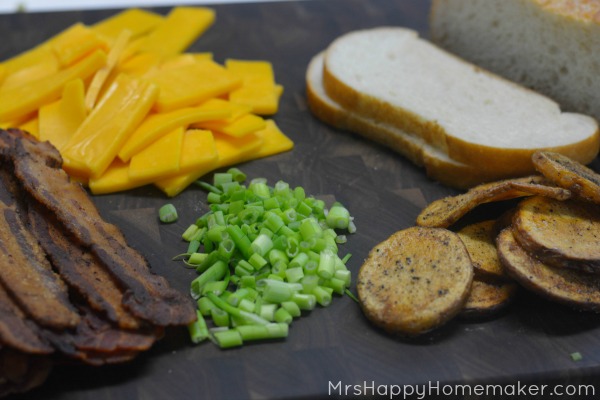 I used sliced sourdough bread, but you can use any kind of sliced bread you like really. I loved the sourdough in this though.

On each slice of bread, spread on sour cream to cover. Then, lay on some cheddar cheese on each slice. 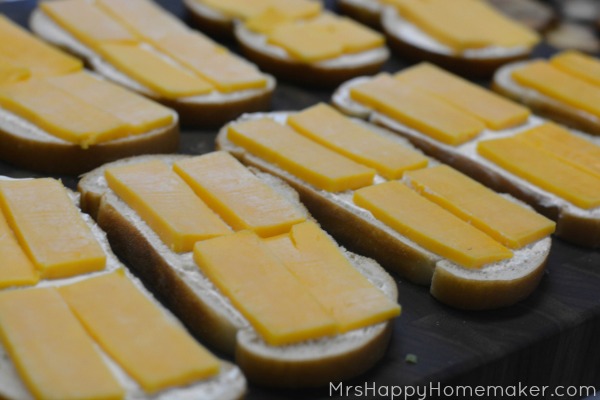 Now, lay about 5 or 6 slices of fried potato on one half, and 2 slices of crispy bacon on the other half.  Spread a little sour cream on the potato slices (it acts as your glue) & sprinkle on some chopped green onions.

Your stomach is growling, right? Mine too. 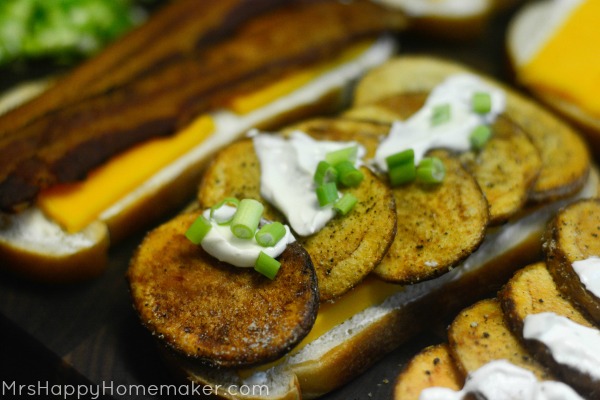 Put the two ends together, and fry on both sides until each side is golden brown & the cheese is melted. 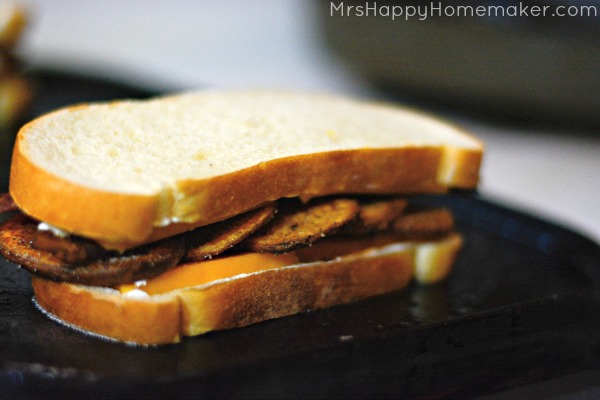 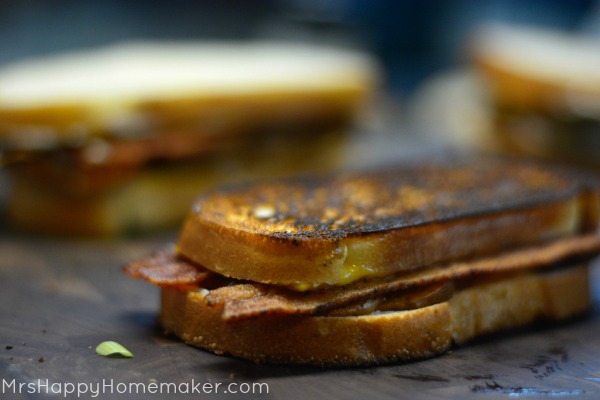 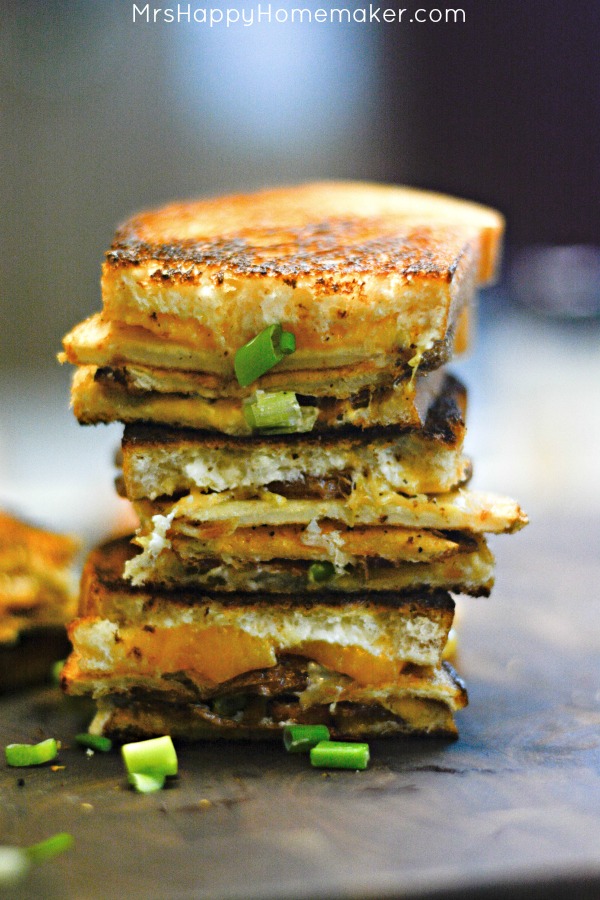 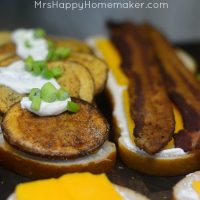 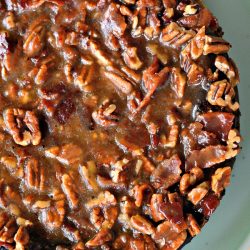