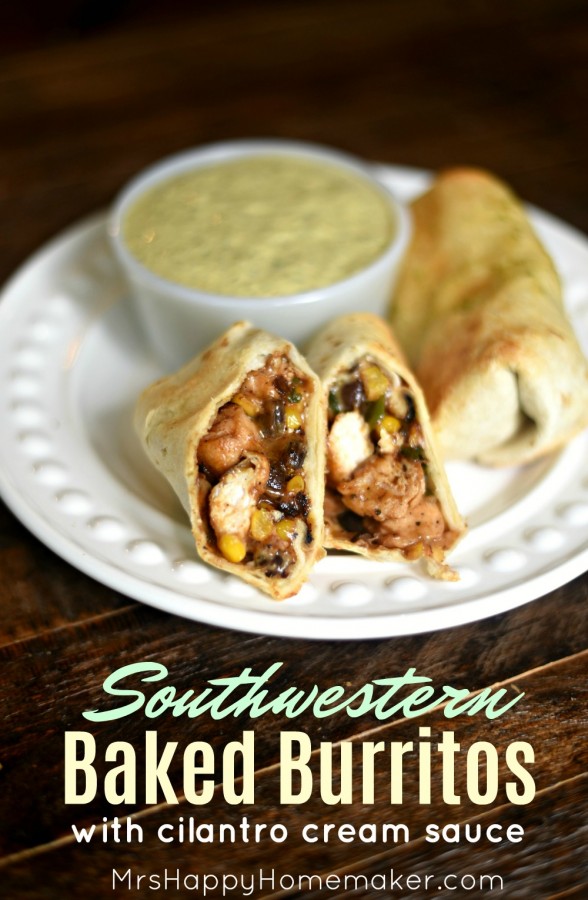 This recipe is one of my family’s favorites – and has actually been on the blog for quite some time now. Back in 2012, I posted my family’s version of ‘Southwestern Egg Rolls’ and a separate recipe for ‘Cilantro Cream Sauce’. They are both so super simple & absolutely delicious (sooooo delicious, y’all!). The original recipes are still here on the Mrs Happy Homemaker blog – but it was time for an update.

Usually, I will just update the original post when I take new photos (my photos back in the day were pretty atrocious!) – but this was more than just a photo update. This meal was my late husband’s favorite meal ever, and as my family is nearing up on the 2 year anniversary since he passed away – I thought I would repost it for him.

Mike swore up & down that my Cilantro Cream Sauce is what made this dish and he didn’t understand why I posted the two recipes separately all those years ago. He thought they should be together in one post… so now they are. There’s also a slight name change to the recipe.  Mike would never call these Baked Egg Rolls. He said ‘they have tortillas, they aren’t egg rolls – they’re baked burritos!’. So, baked burritos it is.

Both components of this meal are so simple – and the flavors will have you craving this dish all the time. The burrito filling cooks super fast in a skillet, then you just roll it up in tortillas & bake. While the burritos are cooking, throw all the sauce ingredients in a food processor or blender & puree it up real quick. So easy! 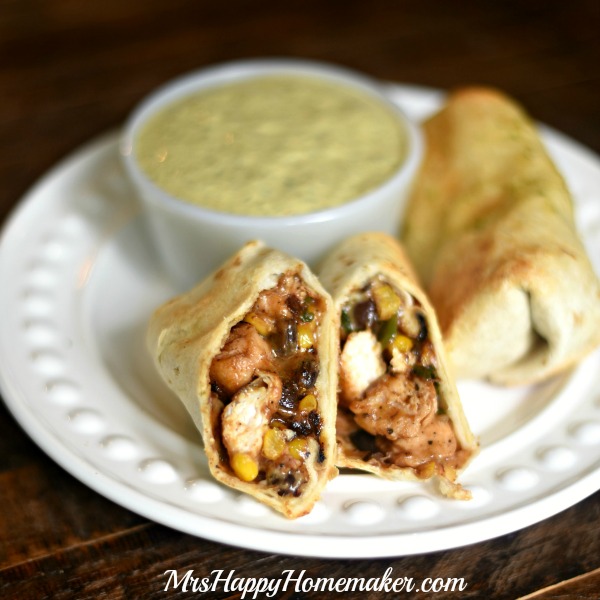 Don’t forget the cilantro cream sauce. Mike was right, it does make this meal. 🙂

Printable recipe after the recipe video! 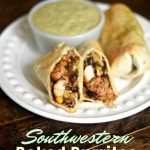 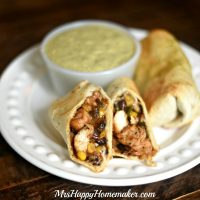