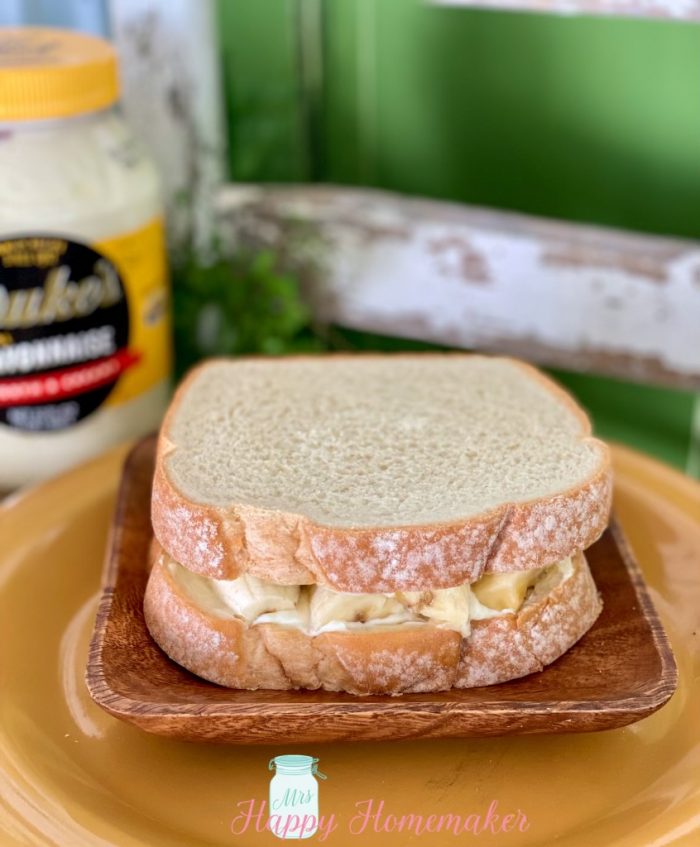 I grew up eating banana sandwiches. And not the kind of banana sandwich that has bananas with peanut butter as Elvis helped make famous … I’m talking ‘bout mayonnaise and bananas.

Banana and mayo on white bread – you either love it or you hate it, there is no in between!

This is something that I grew up eating,  as many of y’all have too I’m sure. And, I know that there is many of y’all who have never even heard of this and probably think I may be halfway crazy to even mention ingesting the combo. This sandwich seems to be way more popular in the South, where I live, than anywhere else. 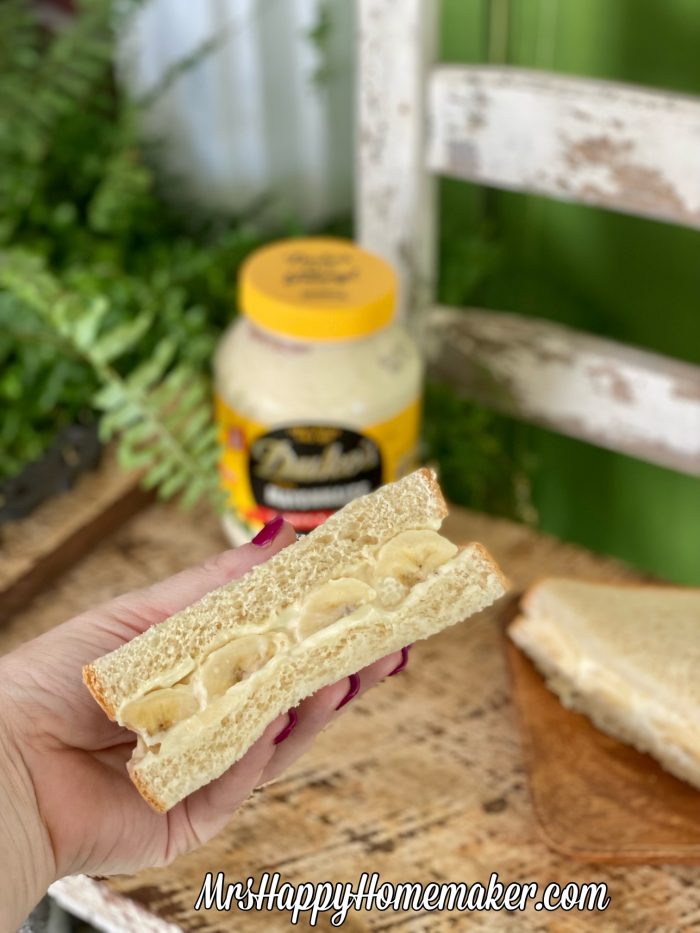 Weird thing is – I don’t even like bananas. I don’t really care for banana bread (unless it’s covered with dulce le leche…) or any other banana treat, but slather some white bread with mayo and slice a banana to sandwich between the bread and it’s a match made in Heaven. I just love them.

Some of my friends even take it to the next level and slather mayo on one slice of bread and peanut butter on the other, and then sandwich the sliced banana in between. Eh, that one’s not for me. It’s either got to be peanut butter with the banana or mayonnaise with the banana, I’m just not a fan of the combination even though tons of folks swear by it.

Peanut butter and banana sandwiches are okay… but they just don’t hold a candle to a banana and mayo sandwich in my book. It’s definitely my favorite.

No recipe needed! Just slather some mayonnaise on white bread (I like Duke’s). Slice a banana up – I like to slice mine in half lengthwise and then in half again, to where I have 3 half slices of banana. Layer the banana on the mayo coated white bread and sandwich it together. Easy as can be!

So tell me, do you like banana sandwiches? Let me know in the comments! 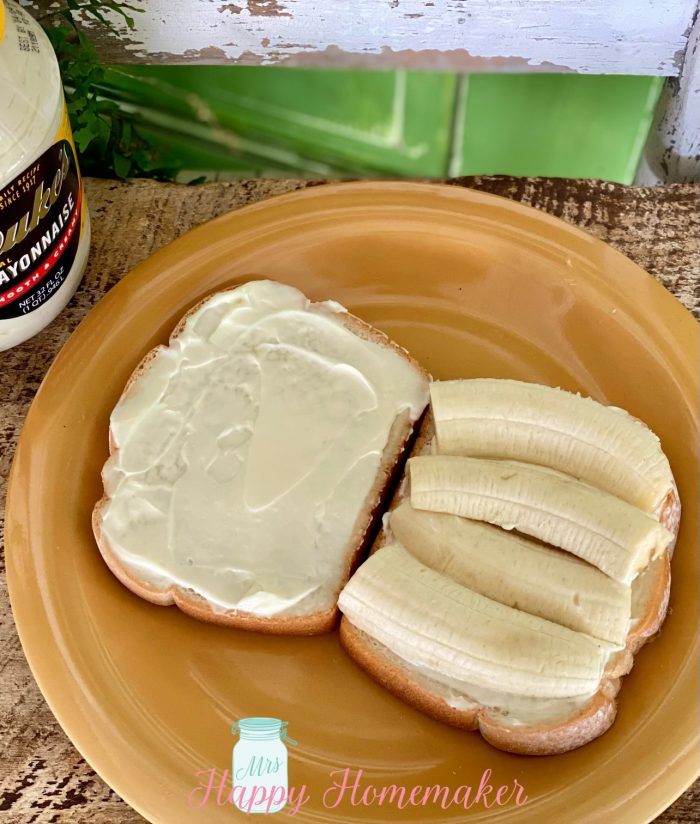