This is the BEST EVER Vegetable Beef Soup. I have never had a one better. The secret is all in the homemade broth & the meat that is used in it. 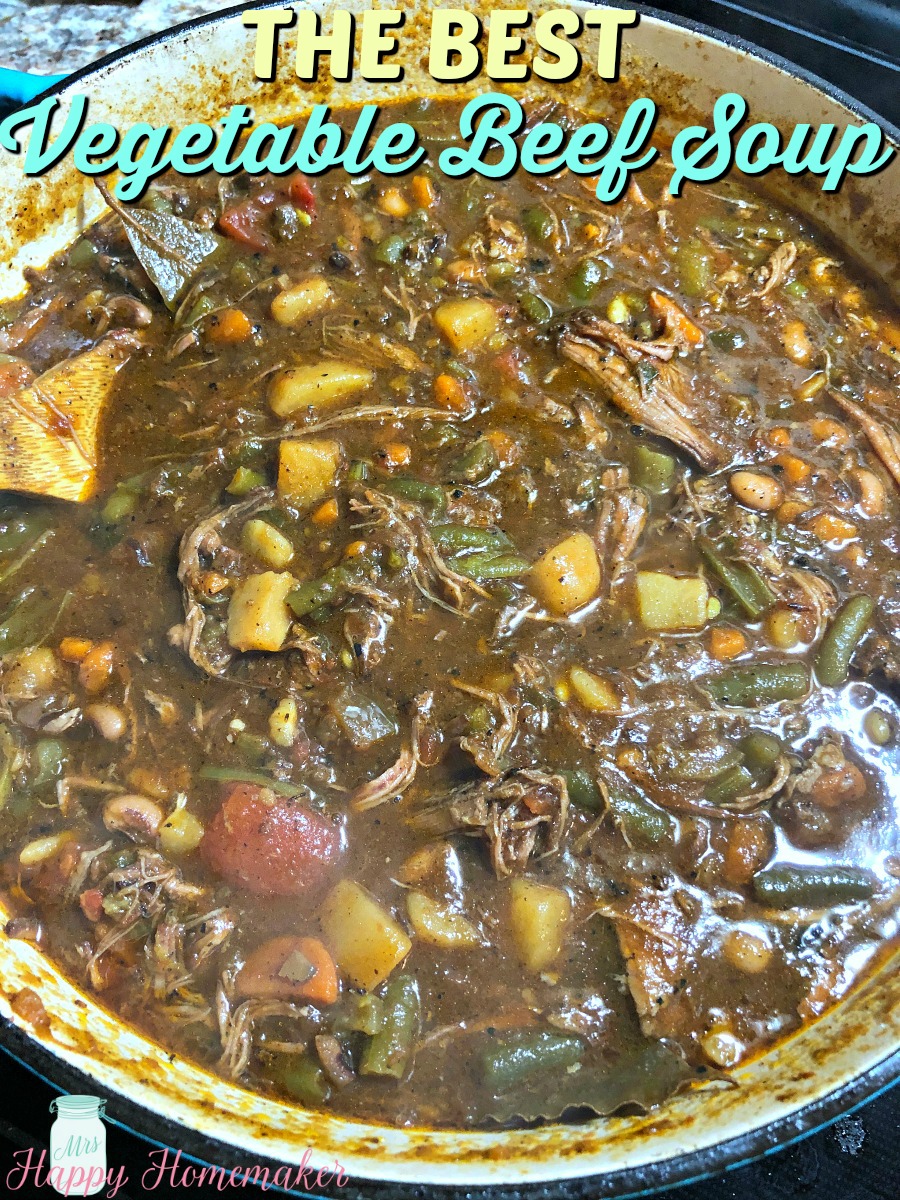 So, I already have my Easy Vegetable Beef Soup recipe posted here on the blog. It is my most used recipe! It’s delicious, it’s budget friendly and it’s super quick and simple to put together. It really is good stuff, and after making it – you will see why it’s it’s my go-to recipe.

However, the other day on Facebook, I went on video and showed y’all how to make my most favorite vegetable beef soup ever. It’s the veggie beef soup that I make when I have more time on my hands and more pennies to devote to it – and it’s worth every bit of it. It’s a slight adaptation of Paula Deen’s recipe and it is nothing short of amazing. In fact, Ms. Paula Deen herself is the one who told me about it.

Once upon a time, I was invited to a party at her house because I had subscribed to her new online network she had going on at the time. I asked her what her favorite recipe was – and she gave me a few, this being one of them. I googled it and made it when I got home from that legendary trip, and I’ve been a devout fan of it ever since! 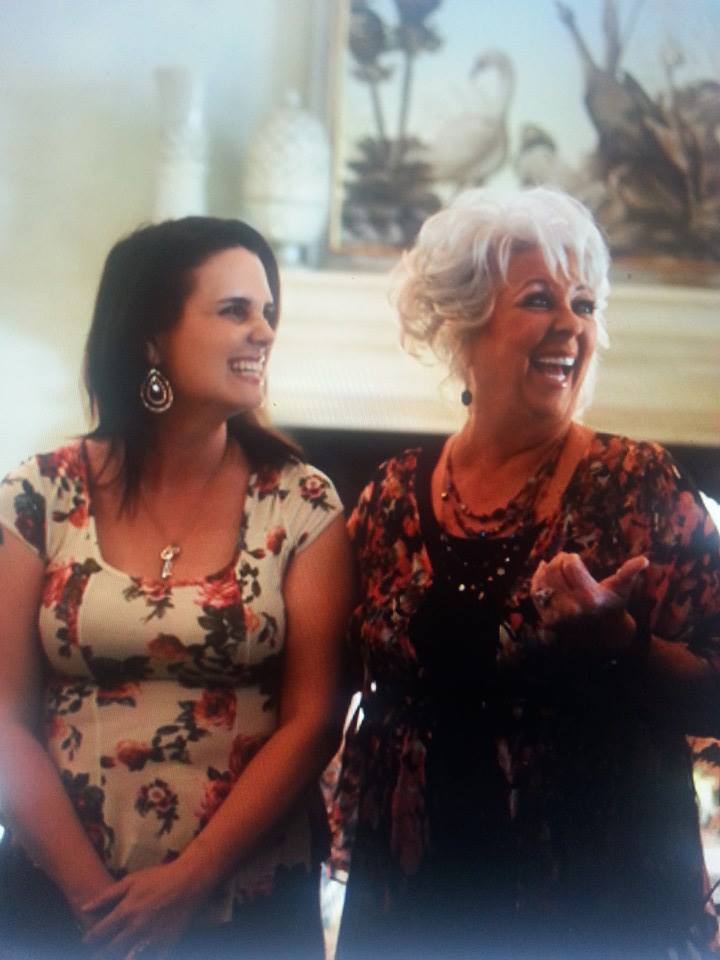 Side note, Paula told me that day how she loved my Southern accent – and I totally fan girled out 😉 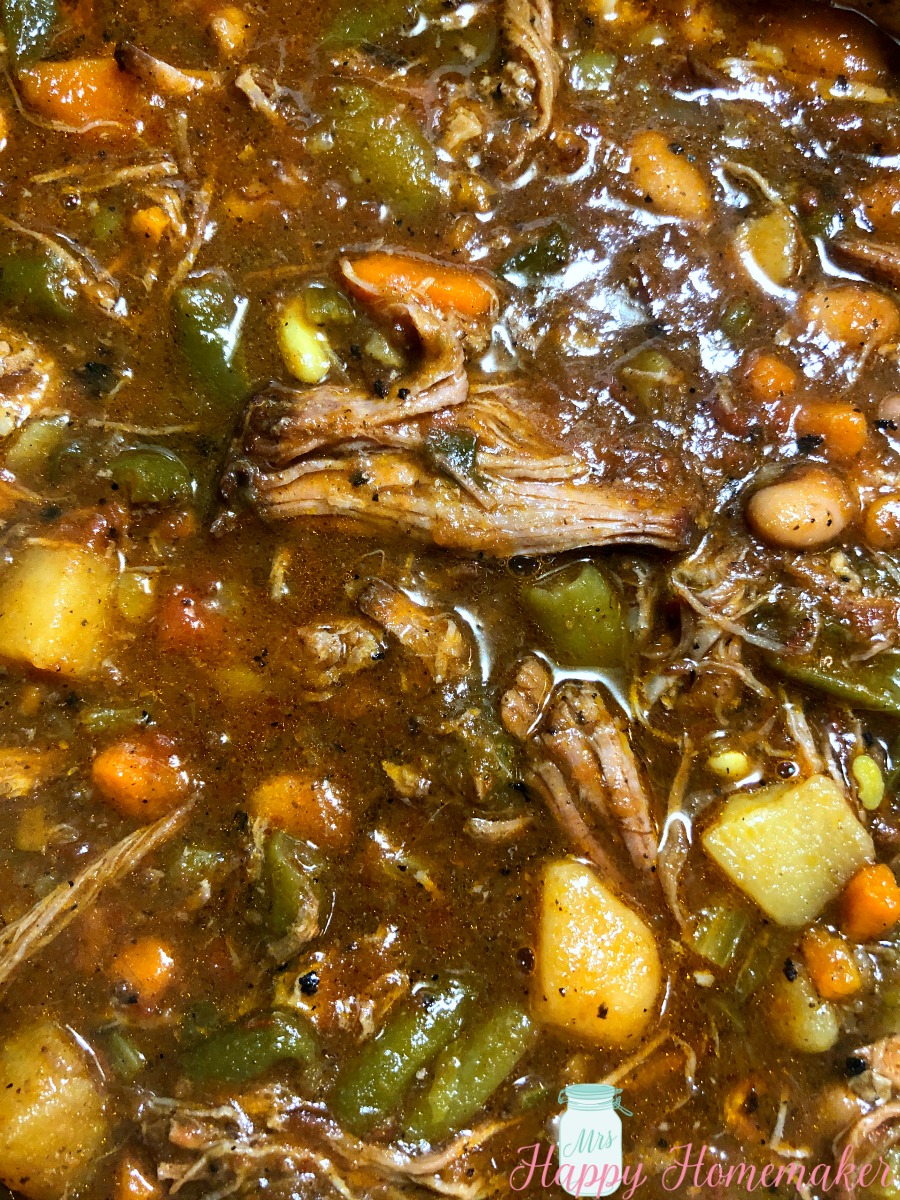 So, what makes this Vegetable Beef Soup so dang special?

A couple of things actually!

First, the stock for this stew is made with short rib bones, which gives it SO. MUCH. FLAVOR. It’s the secret to having a gorgeous rich base.

Secondly, the meat. In my usual vegetable beef soup recipe, I use beef stew meat. In this recipe, a 2.5 pound to 3 pound chuck roast is used.

You can also use the meat from the short ribs, but I tend to make this after I’ve made my Braised Short Ribs as a meal. I eat all the meat from the bones, and then that night – I put the short rib bones into my slow cooker, cover them with water, and let them slow cook on low all night long. This makes the best broth you ever have had. Trust me. 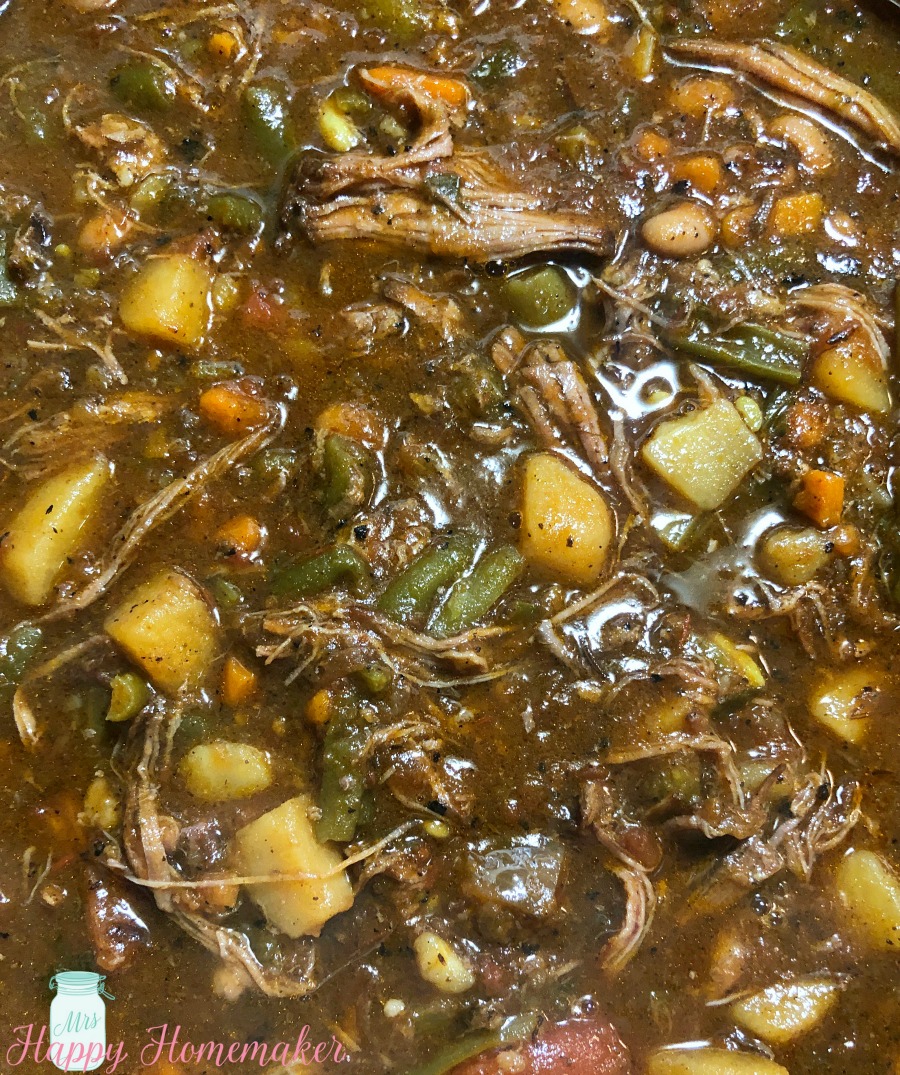 You can make this soup either on the stovetop or in the crockpot. It makes a lot though, so make sure your cooking vessel is large enough to accommodate.

As with most soups and stews, this recipe freezes beautifully. In fact, it tastes even better the second time around. 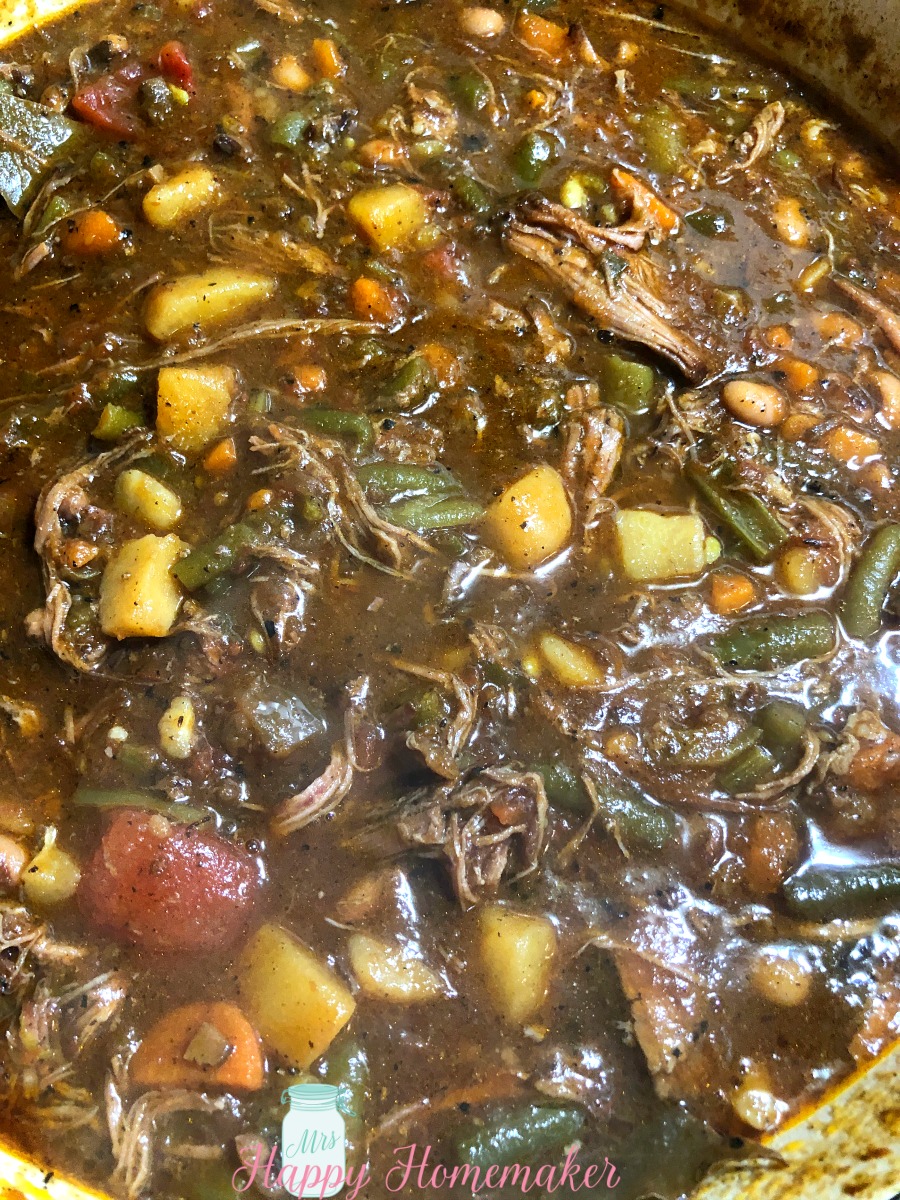 I also made a video demonstrating how I put this recipe together and talking a little bit about it ,right before the printable recipe card – so I hope that you give it a watch!