And y’all – they are SO delicious. Great for snacks, parties – or pack them in mason jars for the perfect handmade gift! 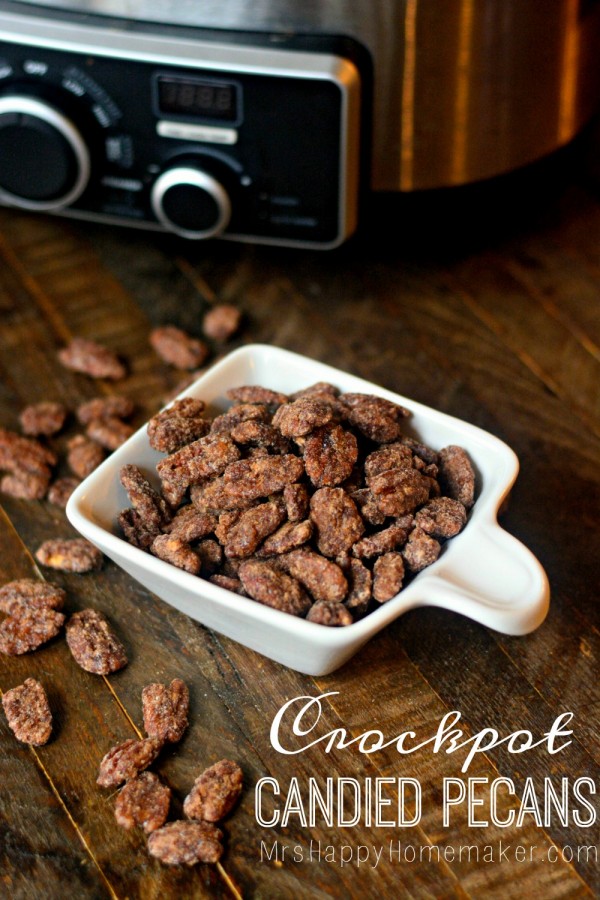 It’s been a long standing argument between my mother & I on how to pronounce the word ‘pecans’.

Mama says it’s pronounced like ‘puh-cahn’ – while me on the other hand; I say ‘pee-can’. I mean, it’s spelled that way… so it should sound that way as far as I’m concerned. But Mama always comes back with a ‘pee-can’ is something you keep under the bed to pee in. Thankfully, none of us have anything of the sorts under our beds. Indoor plumbing is a beautiful thing. But so is saying the word ‘pecan’ like ‘pee-can’.  😉 hehe

However which way you say the word pecan – they’re glorious, and my favorite nut of all. I can not tell you how many times I buy large bags of pecans, totally intending to use them in a recipe…. only to go to make the recipe and then realize they’re all gone because I snacked on them so much. Oops.

I can eat pecans any way but one of my very favorite way of enjoying them is when they’ve been candied. 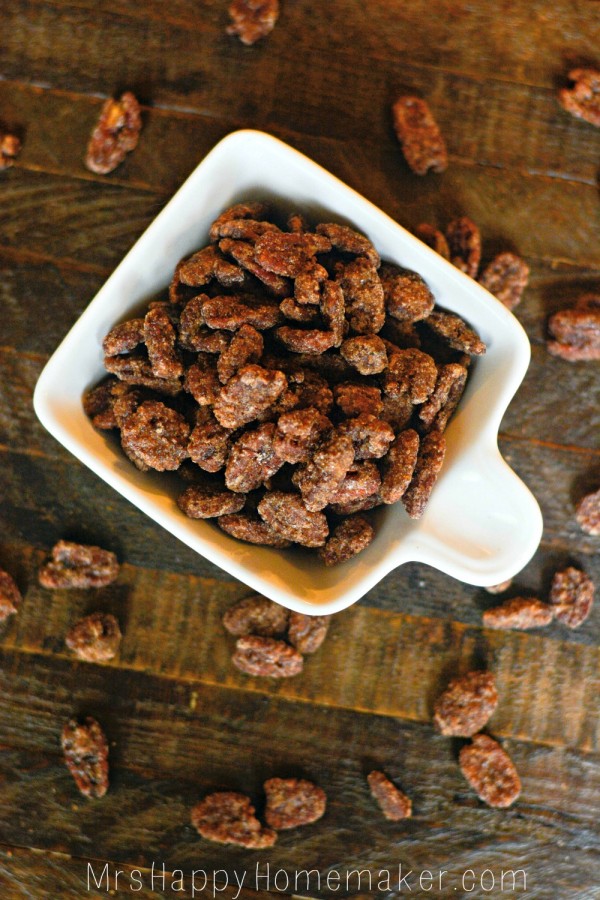 Candied pecans are SO delicious, but they are easy to burn in the oven. You really have to watch them.  They’re absolutely great that way, but I can’t tell you how many times I’ve burnt nuts & bread (never biscuits though, because.. well, biscuits) because I’ve gotten distracted by something else.

These candied pecans are fail-proof though because they incorporate the use of your friendly neighborhood crockpot. Y’all, I love crockpot recipes – and making these delicious candied pecans inside of it makes it the easiest thing ever. Seriously. 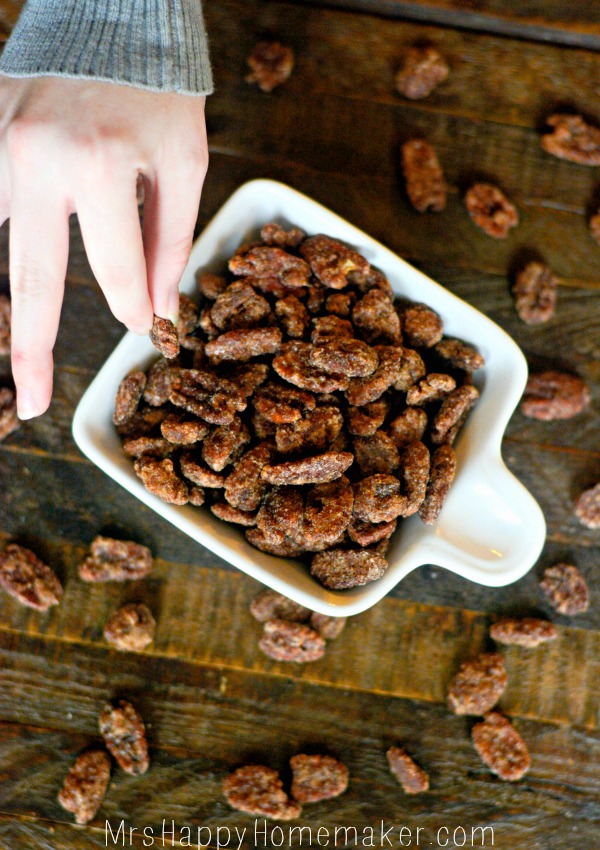 They’re perfect for a snack any time of year – super bowl parties, holiday parties, Netflix snack…. But right now – with Christmas in just a couple weeks (yes the countdown is ON!)… think about what a perfect Christmas gift they would make. Just package them up in little mason jars & tie a pretty ribbon around the lid – and you’ll be good to go. Anyone who received one would just love it! 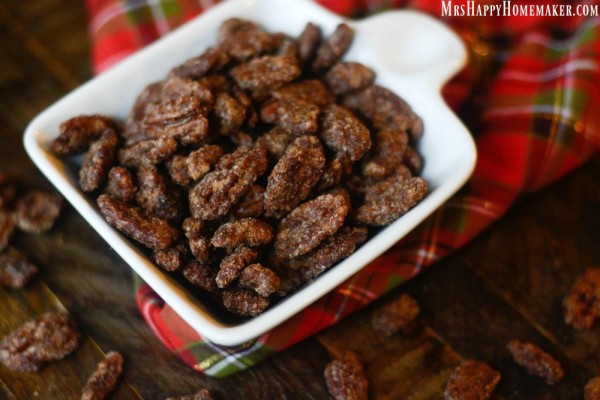 My daughters can’t get enough of them. I mean… look at them. They’re all stalking the food while I’m trying to photograph it. Little candied pecan stalkers… 😉 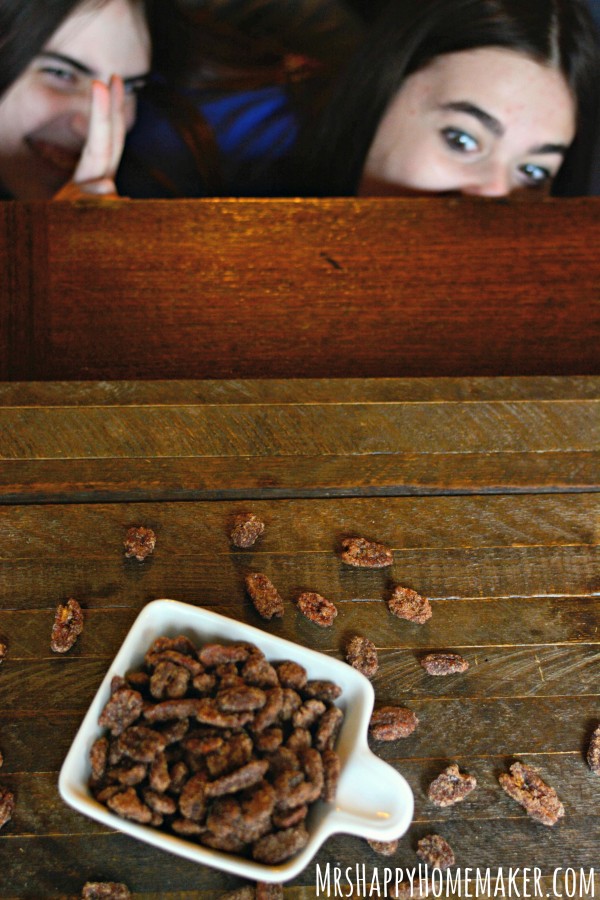 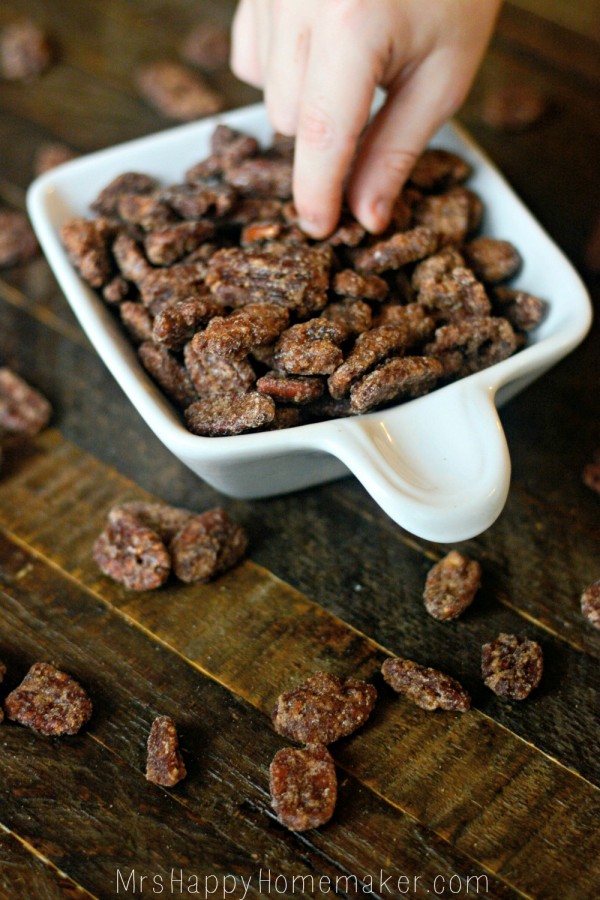 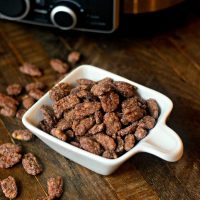