Dukes Mayonnaise has collaborated on a BEER!

Yes, you read that title right…

Dukes Mayonnaise has collaborated with Champion Brewery of Charlottesville, Virginia on a beer! 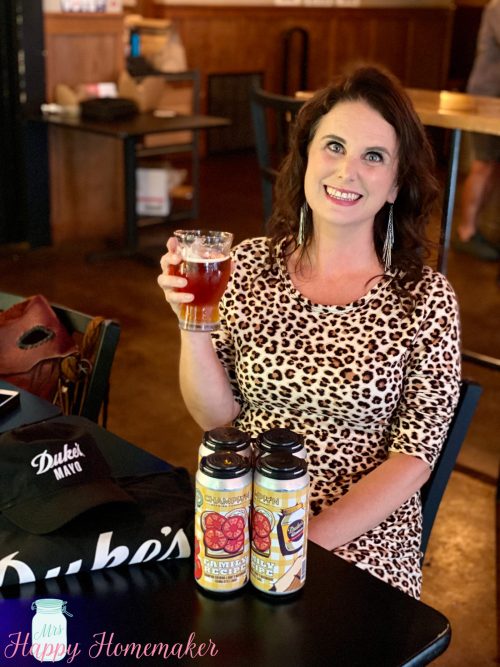 I know what you’re thinking – mayonnaise in beer? That’s what I thought too at first but the folks behind this collaboration assured me that there is absolutely no mayo in this beverage, but it does pair well with the creamy condiment.

I had the opportunity of attending their launch event and I got to pair this unique beer with several different mayo based recipes that were served to me and I have to say – they did an amazing job! 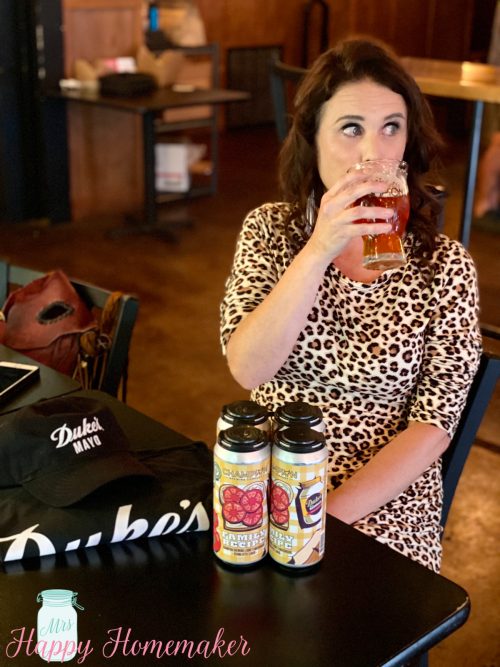 They have named the beer ‘Family Recipe’, which is a nod to Duke’s mayo founder Eugenia Duke’s legendary recipe, which she developed in 1917 in Greenville, South Carolina. Every jar of Duke’s Real Mayonnaise is made with that same original family recipe to this very day.

In a news release – Duke’s Brand Marketing Manager, Rebecca Lupesco says “The spirit of this collaboration truly encapsulates the Duke’s brand—it’s bold, Southern, and a little saucy. Champion has perfected the art of beer and food pairings with Family Recipe—sun-ripened, juicy tomatoes, crispy bacon, lots of Duke’s mayo, and a refreshing sipping beer is basically what summertime is made for.” Champion brewery owner Hunter Smith adds that he was already a fan of Dukes mayonnaise  “It’s the only mayo that is used in our restaurants, so it only made sense to collaborate,” he explained. “We think we’ve created a beverage that celebrates the southern heritage of our respective products.”

Family Recipe launched on Friday, August 20 in the Champion Tap Room – and guess who was there? That’s right, ME! After hearing of this unique collaboration, I had to make the trek out to Virginia to see this in person and to pair it with the Dukes inspired menu that the brewery’s culinary team came up with. 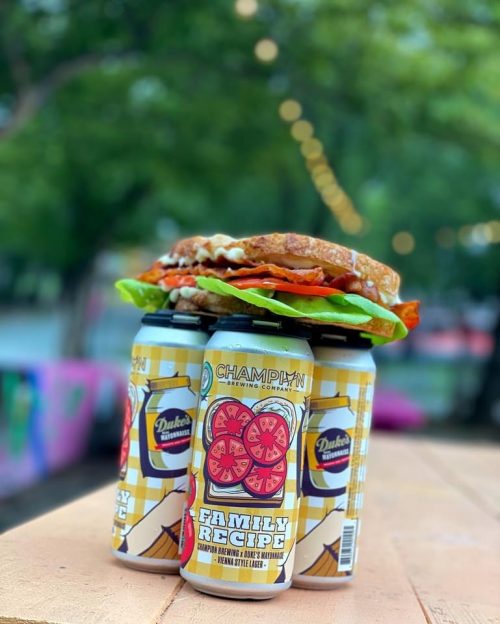 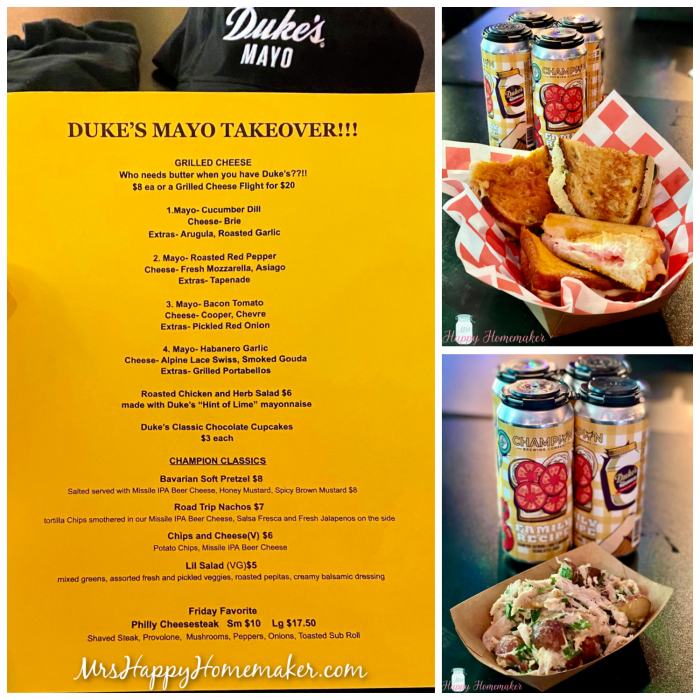 It was such a fun event!

Here’s a video of me trying out the beer for the first time and the Duke’s inspired menu at the event!

Didn’t get to make it to their launch event? The beer will also be available at Champion’s breweries, restaurants, and retailers across Virginia and North Carolina, as well as at the Duke’s Mayo Classic games this year in Charlotte, North Carolina. In fact, it’s been named the official beer o the Dukes Mayo Classic this year and I’d say that’s a pretty big deal.

You can also order it from their website by clicking here. 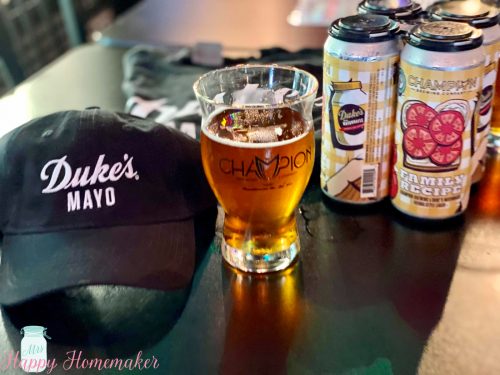 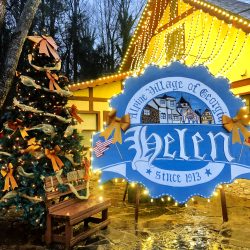 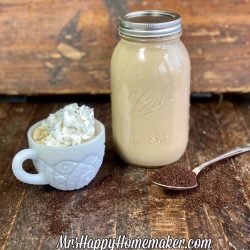 One comment on “Dukes Mayonnaise has collaborated on a BEER!”

« Previous PostHomemade Garlic Confit
Next Post » How to Can Banana Peppers