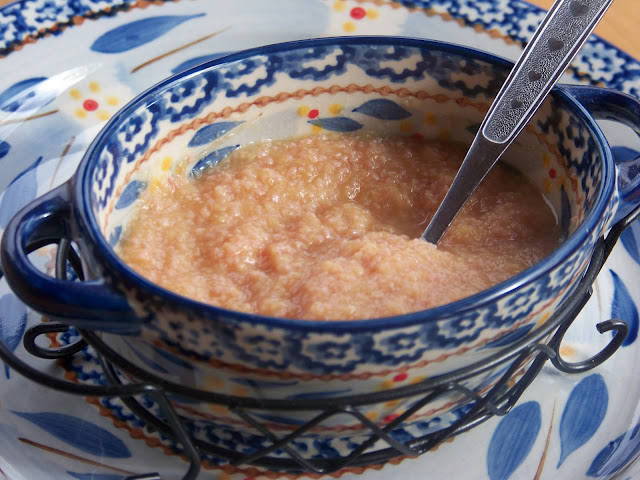 I make a lot of my little man’s baby food myself, especially when it comes to food with meat in it.  I mean, seriously, have you smelled the pureed meat that is marketed to babies?  It smells like Alpo!  And, obviously it must taste like it too.  Little man is  9 months old, & when we first started him on baby foods, I bought a few jars of the baby meats.  I opened it up to give him some, and was overwhelmed with the stench!  So, I called the official baby food taste-tester into the kitchen, a.k.a. my husband.  I gave him a big ol’ spoonful, and he immediately started to gag.  Let’s just say he didn’t swallow it!  He actually made me prove to him that I wasn’t playing some cruel practical joke on him…he thought that I had opened up a can of the cat’s wet food & given him a spoonful of it!  Once he saw that it was baby food, he said ‘Don’t you dare give that to our son!  That stuff is disgusting!’.

So, from that point on, I started making my own baby food.  Now, don’t get me wrong – nothing is wrong with the jarred stuff, and I have nothing against using it.  Even though I make a lot of his food, I also buy a good bit of it from the store.  Although, mostly of what I buy from the store is fruit oriented.  I focus on making mainly vegetables & meats myself.  A lot of the time, I puree whatever I have made for dinner that night, and give that to him.  His favorite food is mashed potatoes, and I can puree anything in them & he will eat, and eat, and eat, and eat some more.  He loves his mashed ‘taters!

I just made some Ham, Apple, Peach, & Pineapple baby food for Ethan, and he really loves it.  I thought that I would share the recipe here, and hopefully some other moms (or dads!) can use it too.


Here’s all you need: 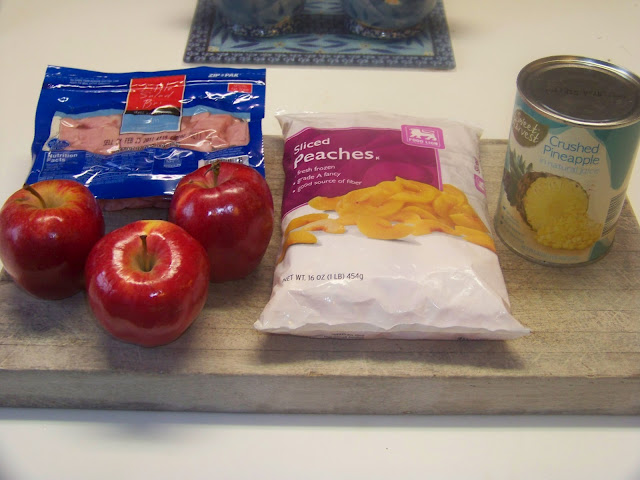 I got all of this food, except for the frozen peaches, at Aldi.  This cost me about $7 to make, and it added up to about 48 ounces.  Way cheaper than what you buy in the store!

Peel & core the apples, and slice them into thin slices.  Dump the frozen peaches into a pot with enough water to cover, and bring to a boil. 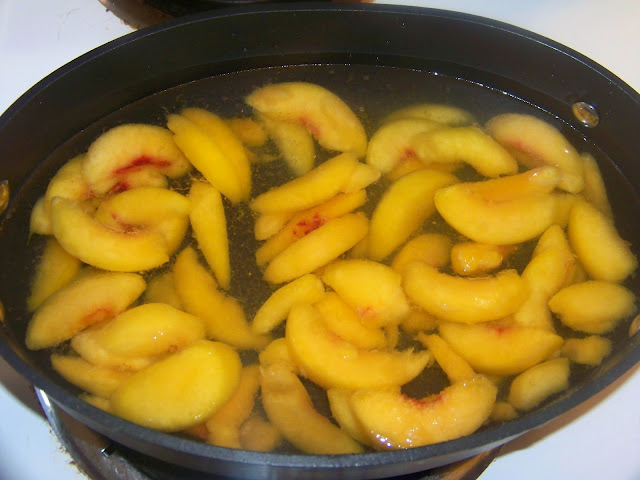 Add in the pound of cubed ham & sliced apples.  Boil until the apples are soft. 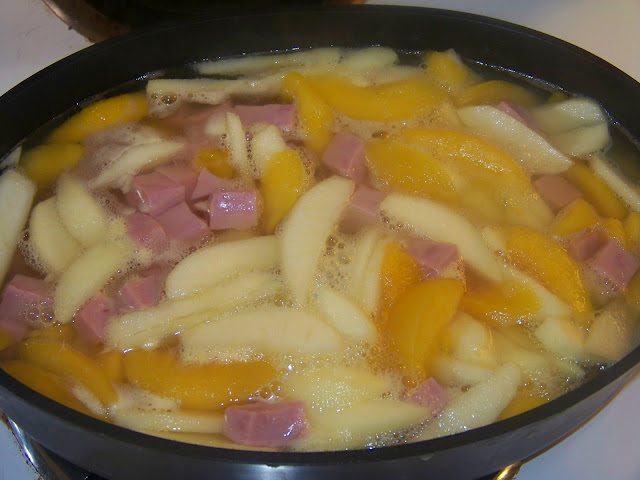 Put 8 ounces of crushed pineapple (with juice) into your food processor. 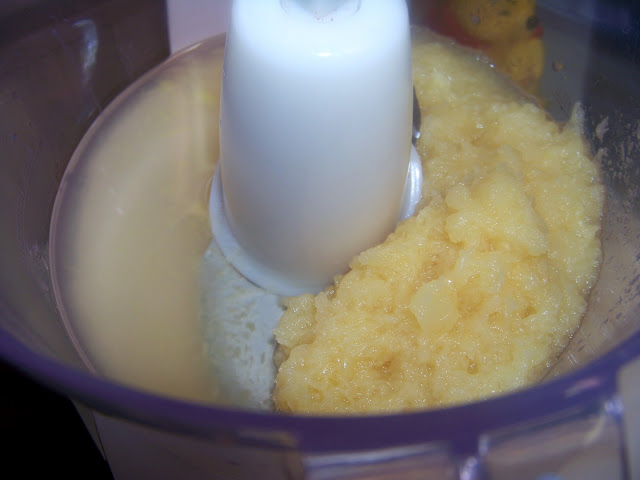 Using a slotted spoon, scoop in the ham/fruit mixture. 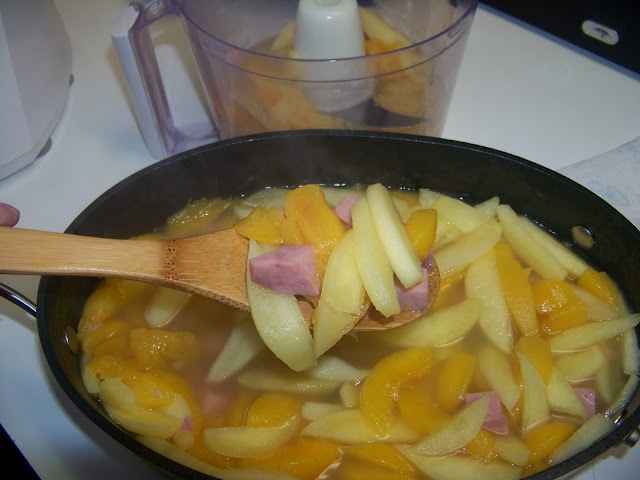 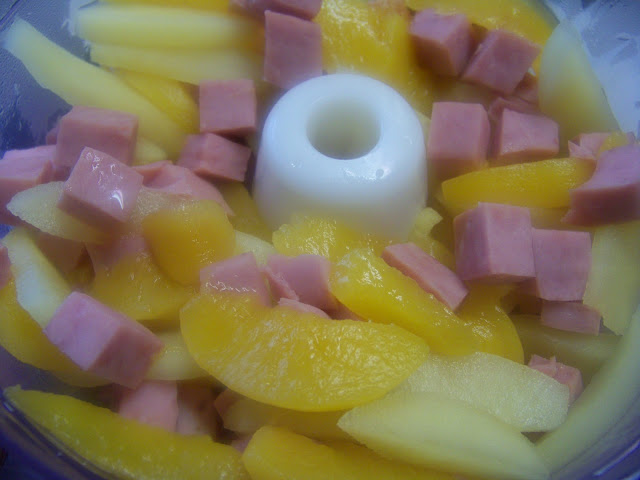 Puree for a couple minutes, until desired consistency – adding small spoonfuls of the cooking liquid if needed. 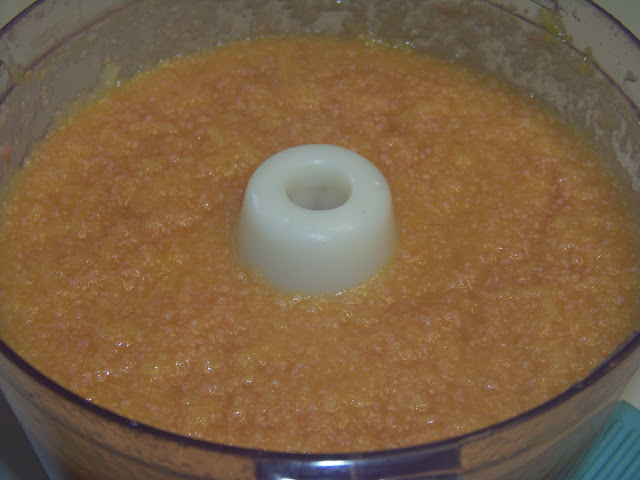 and put in the freezer. 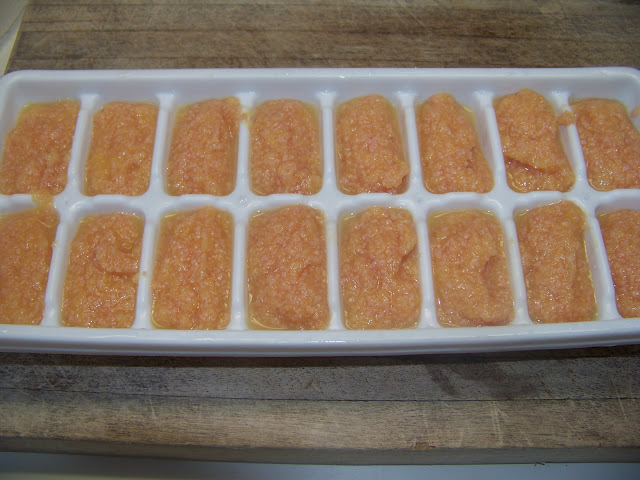 When the baby food cubes are frozen, remove them from the trays & store them in a large freezer bag.  Each baby cube will be approximately 1 ounce each. 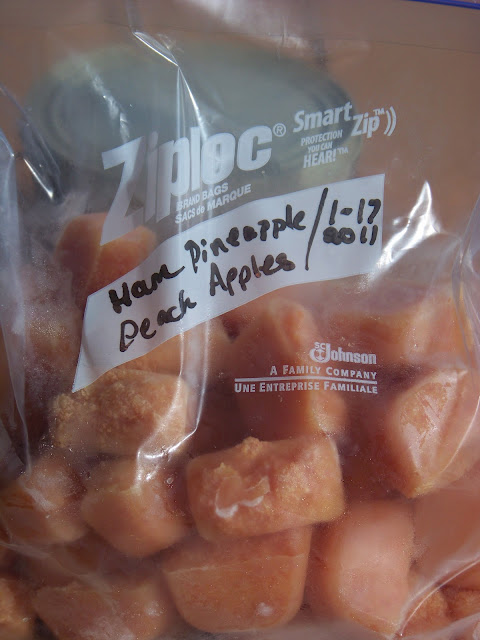 Reheat in the microwave. 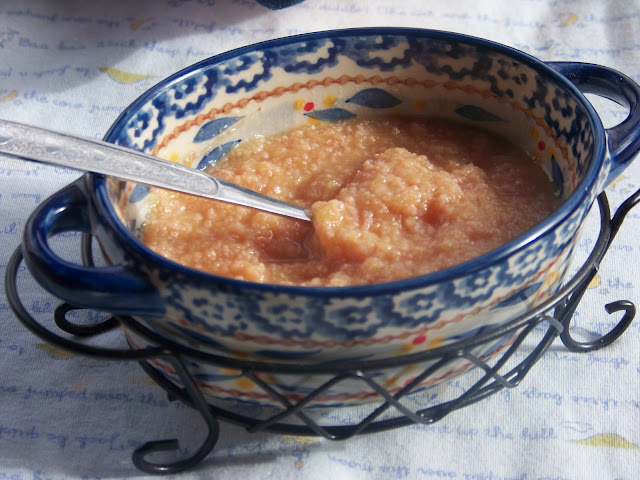 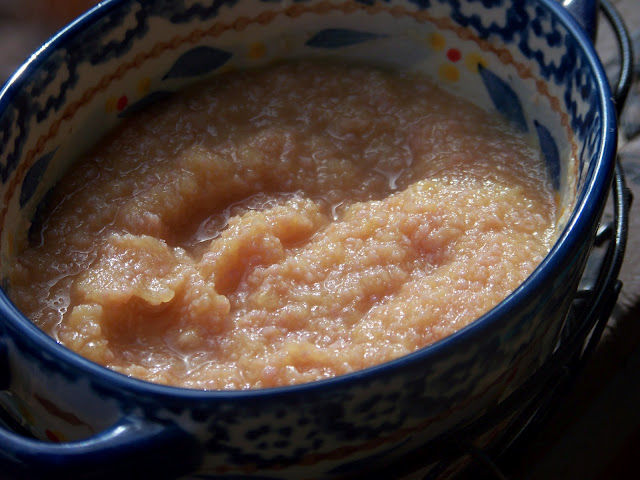 Add this recipe to ZipList!

Instructions:
Put the peaches into a pot, and add enough water to cook.  Bring to a boil. Add in the diced ham and sliced apples.  Continue to cook until the apples are soft.
Pour the crushed pineapple into a food processor.  Using a slotted spoon, add in the ham/fruit mixture.  Puree until you reach your desired texture, adding in small spoonfuls of cooking liquid as needed.
Freeze in ice cube trays, or baby food trays.  When frozen – remove, and place in a large freezer bag for easy storage.  Reheat in the microwave or stovetop.
Cooking Freezer Meals Pork