Hash Browns in the Waffle Maker from tater tots! (Plus a healthier option!) 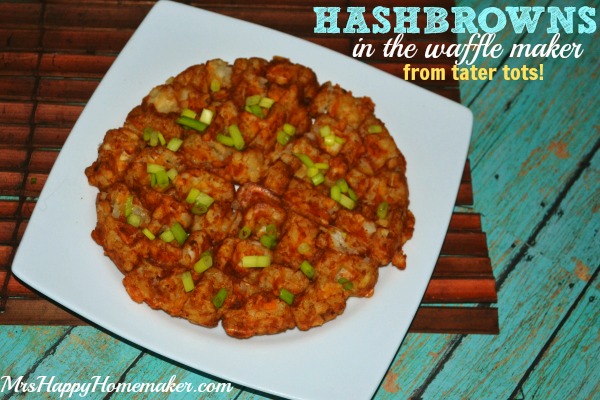 It seems like more & more people are using their waffle makers for more things than just waffles.  Even me.  Like when I made cinnamon rolls in the waffle maker – boy, are they delish!  A while ago, I came across yet another idea over on Pinterest land for making hash browns in the waffle maker with tater tots!  Now, for someone who loves both hash browns & tater tots (or pretty much all things potatoes) – this was right up my alley.  I had to make them right then.  Luckily, I had a big ol’ bag of tater tots sitting in the freezer just waiting for the chance to be transformed into crispy hash browns.

And let me tell you – these turned out SO GOOD!  Now, for those of you who are looking for a healthier version of this – you can substitute my zucchini tots and they are super duper delicious too.  Or you can have tater tot hash browns on one day, and then have zucchini tot hashbrowns the next day – you know, to balance the equation and all. 😉

So, the ingredient list for is tiny.  That’s always a plus! 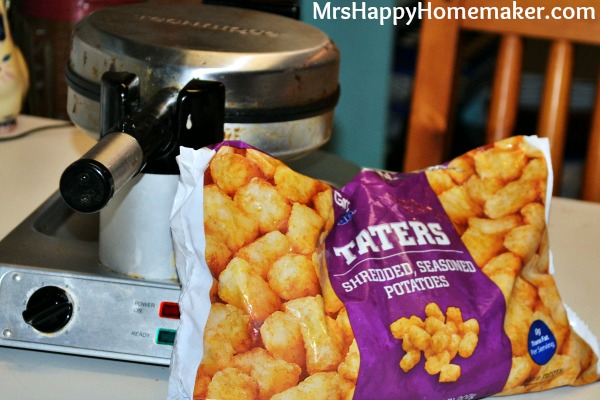 The original pin didn’t have any instructions on whether to use the tater tots frozen or to let them thaw – so I tried it both ways just to be double sure.

First, I used frozen ones…. which was a little difficult at first – I had to slowly close the waffle maker.  You know, like in slow motion. The verdict? Frozen tater tots don’t turn into hash browns… instead they turn into crispy tater tots that are slightly crushed in the middles.  Like this… They kinda look like they have handles – don’t ya think? 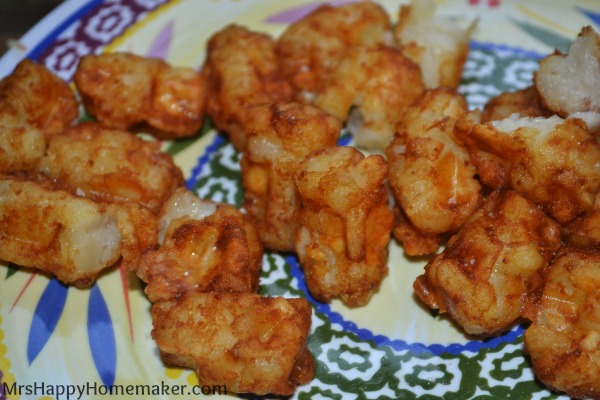 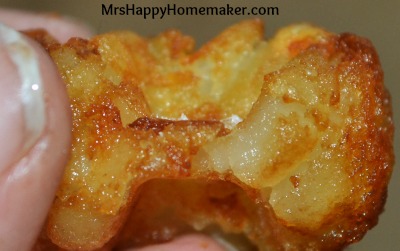 So while the frozen tater tots failed to make hash browns…. they did make pretty good tater tots.  Nice & crispy too.

Now we come to the method that actually worked – because that’s why you’re here, right?  Thawed tater tots – OR – zucchini tots for those who are interested in a healthier alternative.

Place the thawed tater tots all around in your waffle maker, being sure to cover the whole surface so that you’re hash brown waffle doesn’t have holes all in it.  I open mine back up after a minute of cooking & place more tater tots where I see gaps. 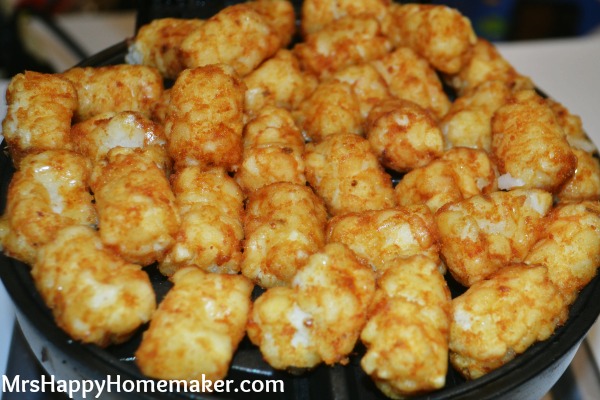 Cook until your hash brown waffle gets to your desired crispiness.  I actually run mine on 2 cycles because I like mine extra crispy. 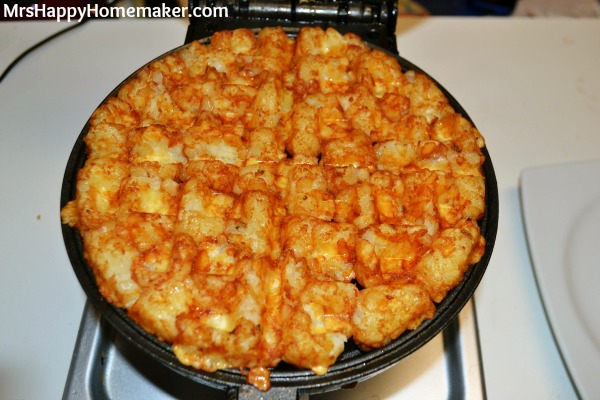 Give it a little sprinkling of salt & pepper while it’s still hot if you want to.  Dress it up however you want, or eat it just plain.  If I have some green onions on hand, I sprinkle some of those on mine.  You could really top them with a whole assortment of different flavors – make it into a ‘baked potato waffle’ with sour cream, bacon, & green onions.  Kick it up a little with some salsa.  Get cheesy with it by sprinkling your favorite kind on top.  Have fun! 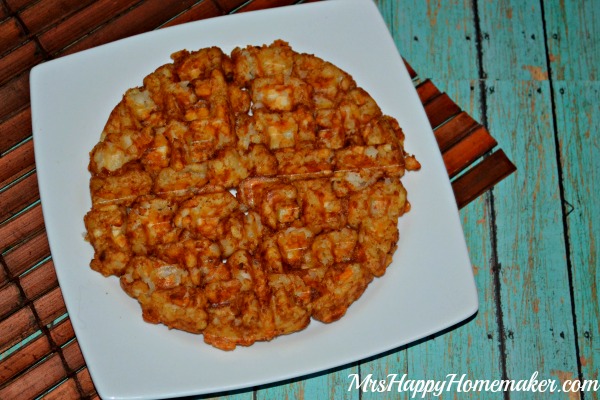 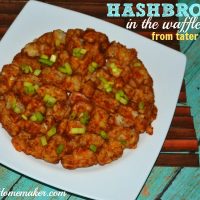 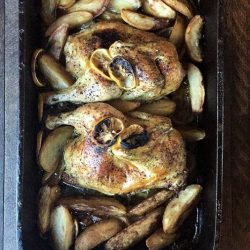 One comment on “Hash Browns in the Waffle Maker from tater tots! (Plus a healthier option!)”