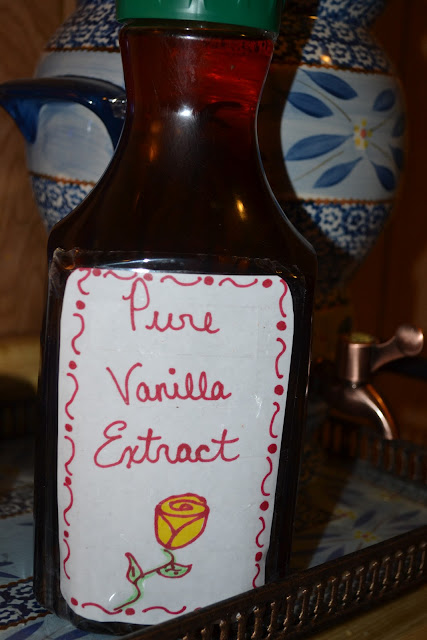 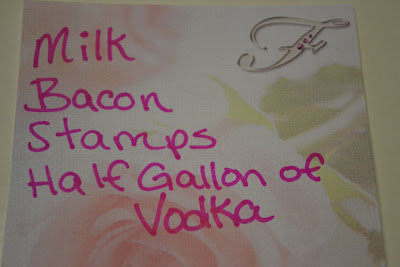 Yes, that does say a half gallon of vodka.

What did I need a half gallon of vodka for?  I threw a huge shin-dig!!

Remember a couple weeks back when I mentioned the deal on vanilla beans?  Well, they arrived just a couple of days later – and I was honestly really excited!  Making my own vanilla extract is something that I have been wanting to do for a while now.  Not only is it more flavorful than what you buy in the store, it is also more economical. 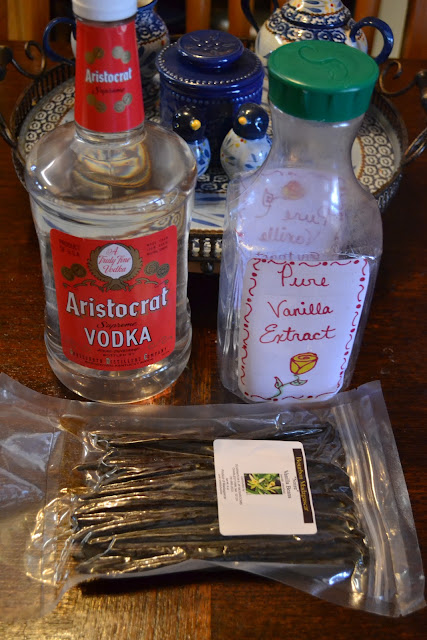 
I made a little label out of plain, white paper & taped it onto mine to try & make it a little prettier.

Using the tip of a knife, split the vanilla beans in half, exposing the middles – but leaving the ends attached so that they aren’t completely separated. 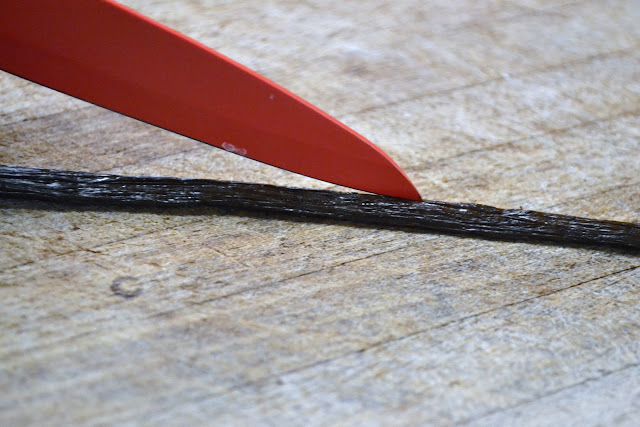 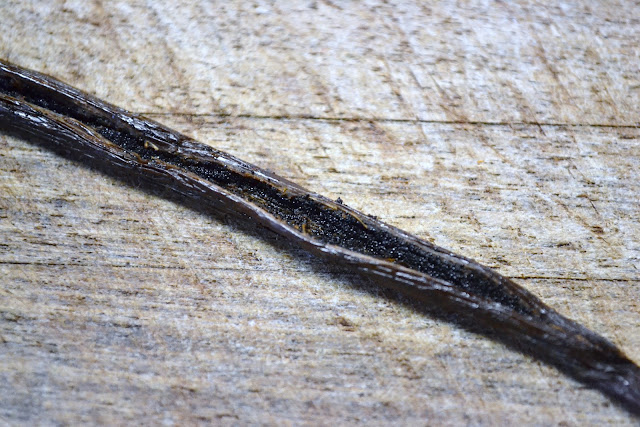 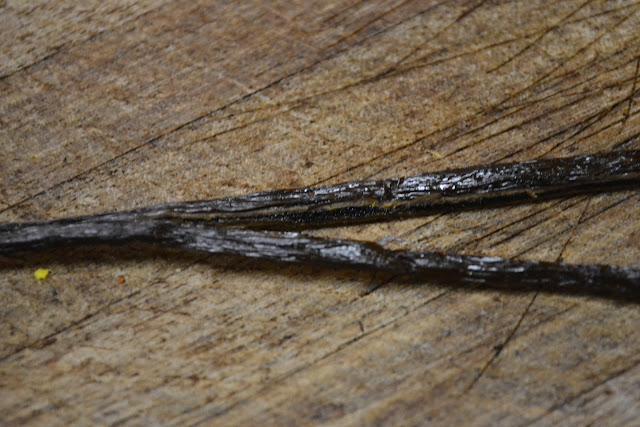 Place the vanilla beans into your empty container, & cover with the vodka. 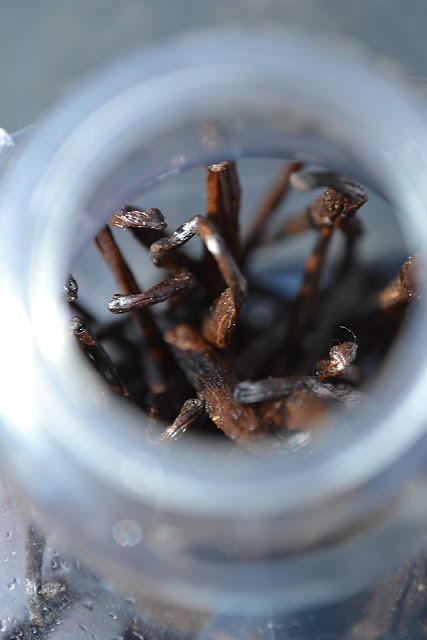 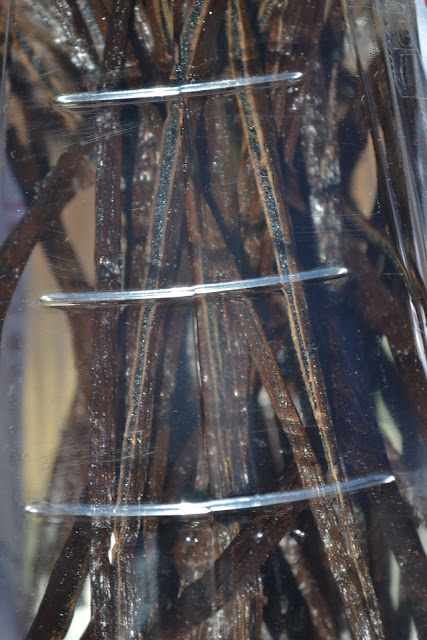 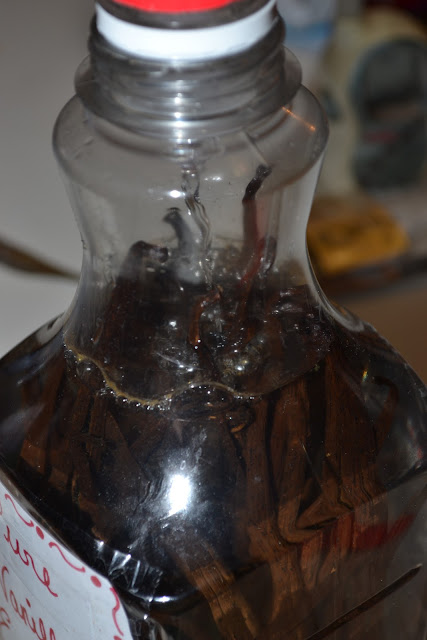 Seal the container.  I used a layer of plastic wrap under the screw on cap just to be sure it was sealed well.
Store in a cool, dark place for 6 months, shaking about every week. 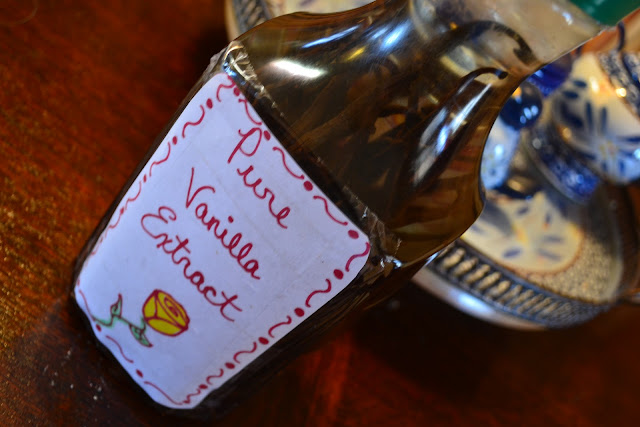 After the 6 months, you can strain the mixture, & use the vanilla beans to make another batch too!

Final Cost Breakdown
Vanilla Beans – $22 for 54
(with 14 left over for another use)
Half Gallon of Vodka – $12
Total:  $34 for one half gallon of vanilla extract
(actually cheaper than that since not all the vanilla beans were used for this!)