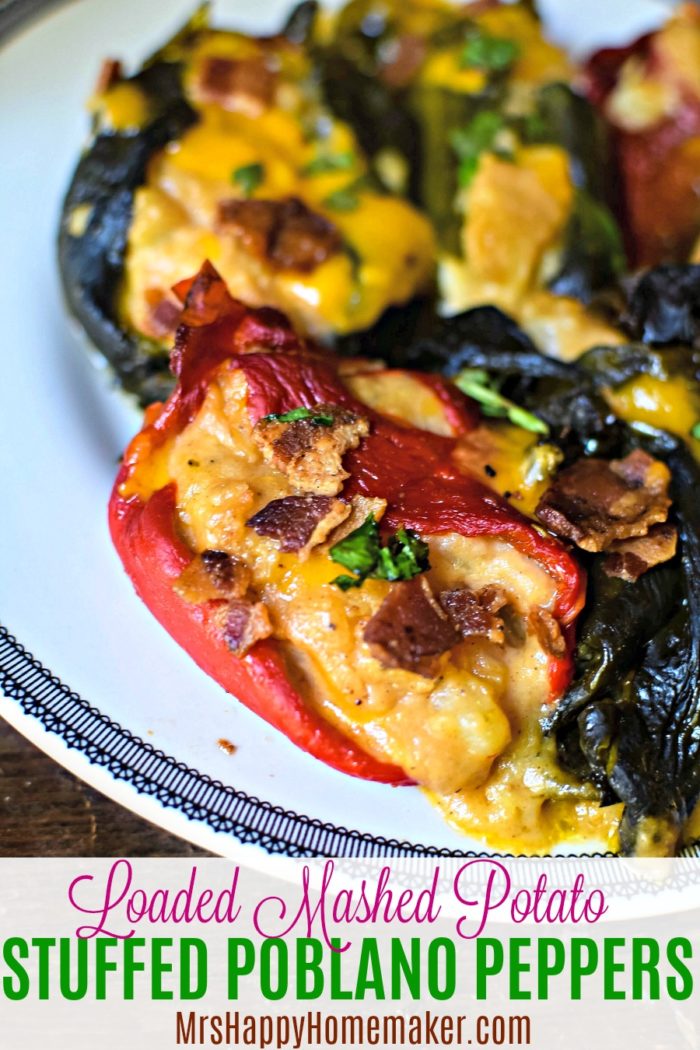 Loaded Mashed Potato Stuffed Poblano Peppers! This idea came to be after I combined two of my favorite foods, loaded mashed potatoes & stuffed poblano peppers. And also, a surplus of poblano peppers in my otherwise dead vegetable garden.

Some of my best recipes actually come to be from the need to use up food before it goes bad and this recipe is one of those that I will definitely be making time and time again. I had buckets of poblanos last week come out of my garden, and I roasted, skinned, chopped, & froze most of them. But when I saw that I had leftover mashed potatoes in the fridge, I had the genius idea of loading them up with bacon, cheese, & sour cream and cramming that mixture inside of roasted poblano peppers and baking them off in the oven. 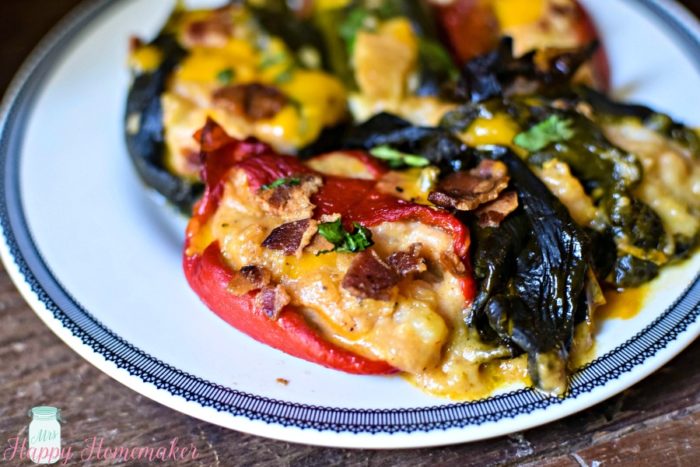 These make a great appetizer, side dish, or meatless main dish – but they also make a great party snack and would be amazing served at your next football game get-together. Delicious all on their own, but they are also fabulous with a drizzle of my cilantro cream sauce on top. YUM!

Super easy to make & addictive to eat. I hope that you make a batch of this soon & come back and tell me about how much you love them! 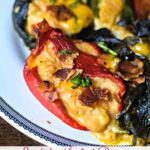