Mama’s Homemade Chicken and Dumplings is a favorite among my entire family. Hands down, I’ve never had a better dumpling in my entire life than the ones my mother makes! Y’all just HAVE to try this recipe. It’s super quick & easy to prepare too. Definitely a keeper! 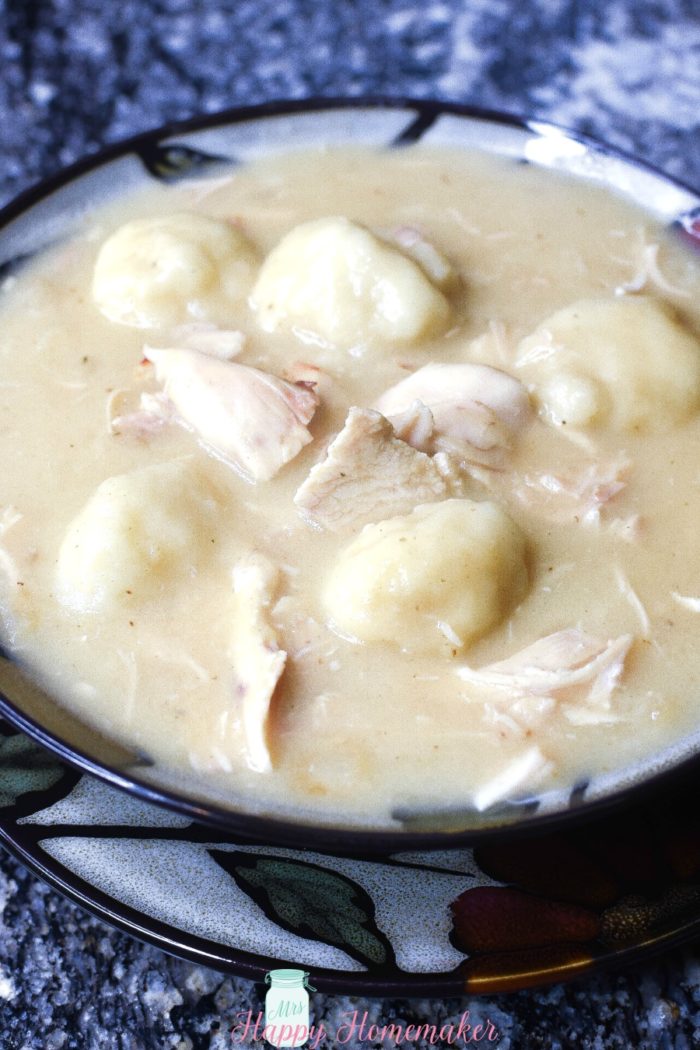 Chicken and dumplings are like the epitome of all comfort foods. I mean, it’s basically chicken in a flavorful stock with biscuits boiled in it. What’s not to love?

You did get the point where I said biscuits were boiled in the stock, right?

This is how my Mama makes her dumplings, and if you’ve ever tried her buttermilk biscuit recipe or her cream biscuit recipe, then you know this is going to be fabulous. After all, the dumplings? Well, that’s her recipe for biscuits made into the best dumplings you ever have had in your entire life. 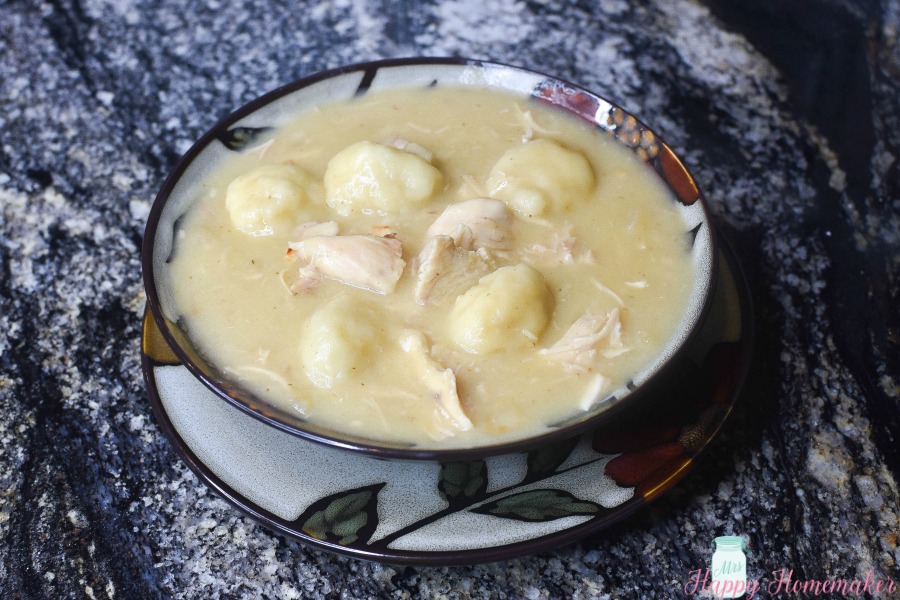 In some recipes for chicken & dumplings… they use flat dumplings that look way more like a noodle than they do a dumpling.

I like big dumplings and I can not lie.

You other cooks can’t deny

That’s it… that’s all I got as far as a dumpling rap goes. I was always a country music fan anyway.

But I like my dumplings round & big… not flat and square. Go away flat dumplings, I don’t want you here. Shoo, be gone.

Some folks make theirs flat because they cook faster that way. When I make dumplings, I like the chew. I like the biscuit like quality going on and you just don’t get that in a flat one. Just don’t make your dumplings too big so that you don’t have doughy centers and you will be all good. 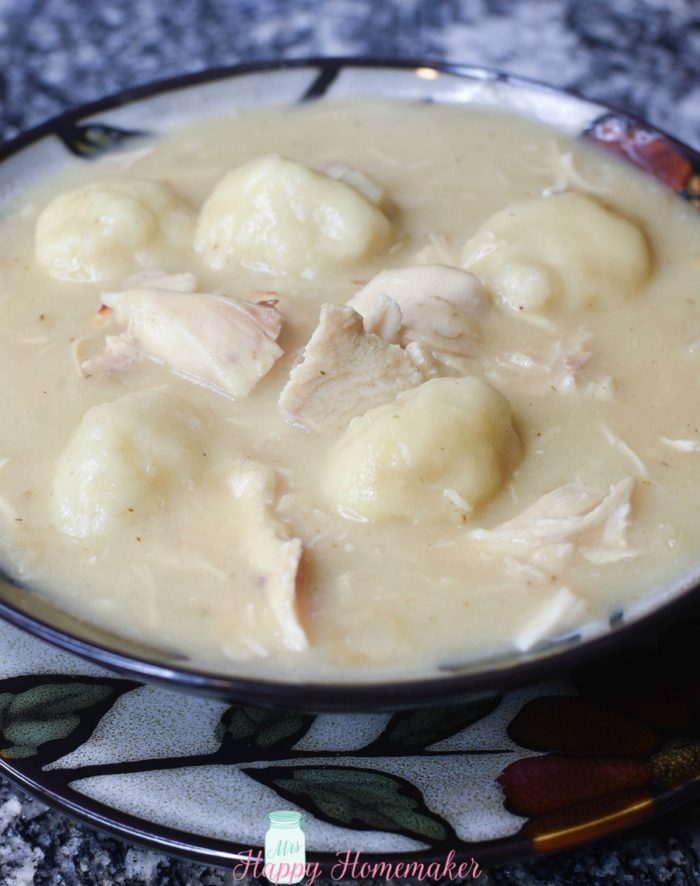 This recipe is seriously the best I’ve ever had… I mean, it’s my Mama’s so obviously it’s the best. You will never find a bowl of dumplings as good as the ones in this dish. They are unbeatable.

And a little tip, roll your dumplings in a little flour before putting them in the broth. It will help thicken it up! If you want it even thicker (some folks do!), mix 2 tablespoons of cornstarch in with 1/4 cup of water & stir it into the broth 5 minutes before serving. 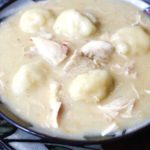