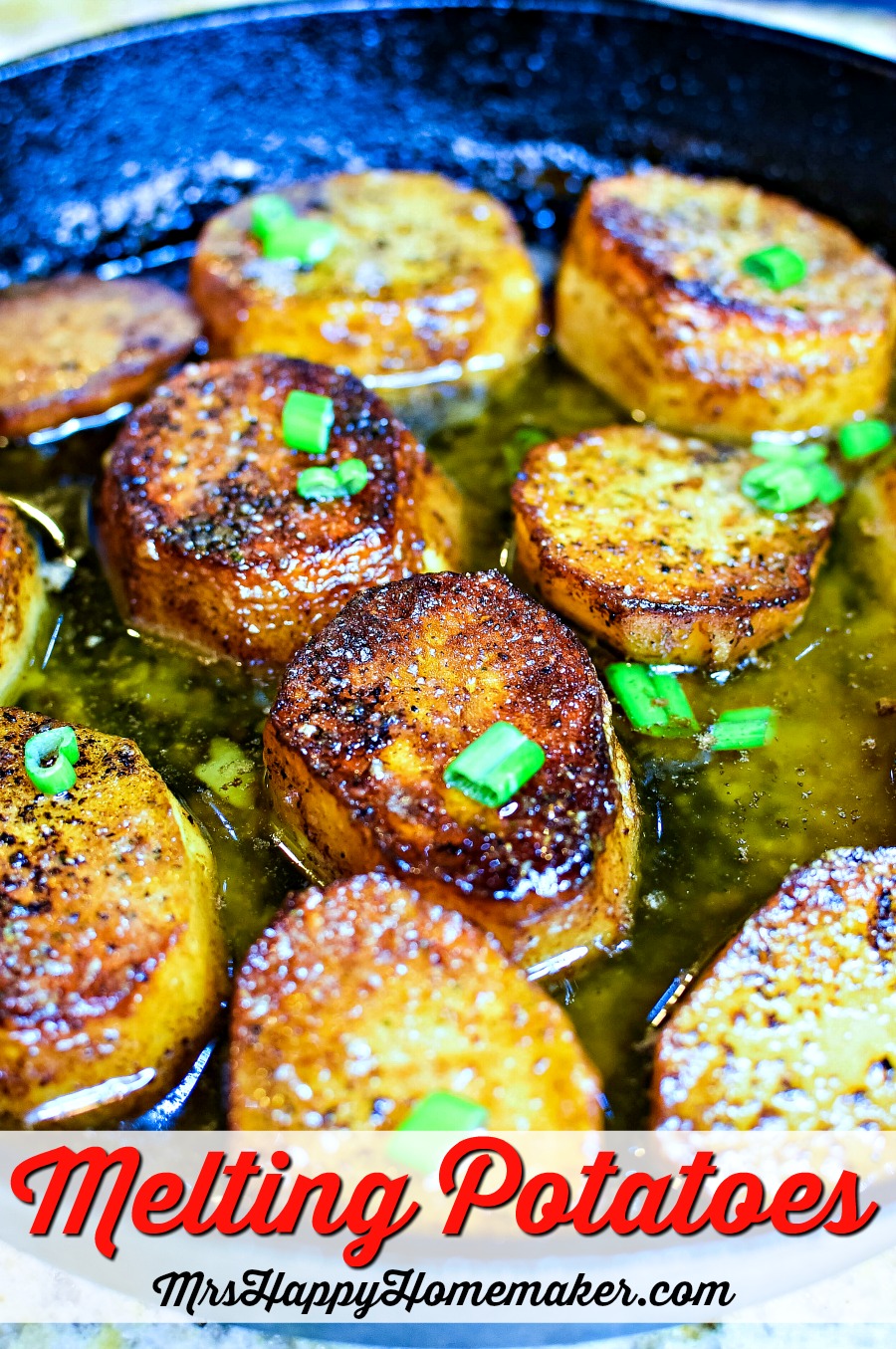 I first learned about Melting Potatoes one day while getting some cleaning done in the house – I happened to have Food Network on in the background and The Kitchen was playing. I love tv shows that I don’t actually have to look at to gather what’s going on. You know what I mean?

Anyways, I was cleaning and listening to my cooking show background noise so to speak when I heard a recipe that made me stop what I was doing and actually pay attention to the television screen for a moment. They made these extremely simple sounding potatoes in a cast iron called ‘Melting Potatoes’ and I knew right then that I needed them in my belly asap. I ended up making them as a side dish for dinner that night and fell in love. I’ve made them countless times since and played with the recipe a little til I got them ‘just right’ as far as my tastebuds are concerned. Hopefully your tastebuds are equally as impressed.

They are one of the simplest but most delicious potato recipes that I’ve ever tried in my life. Yes, they are that good. 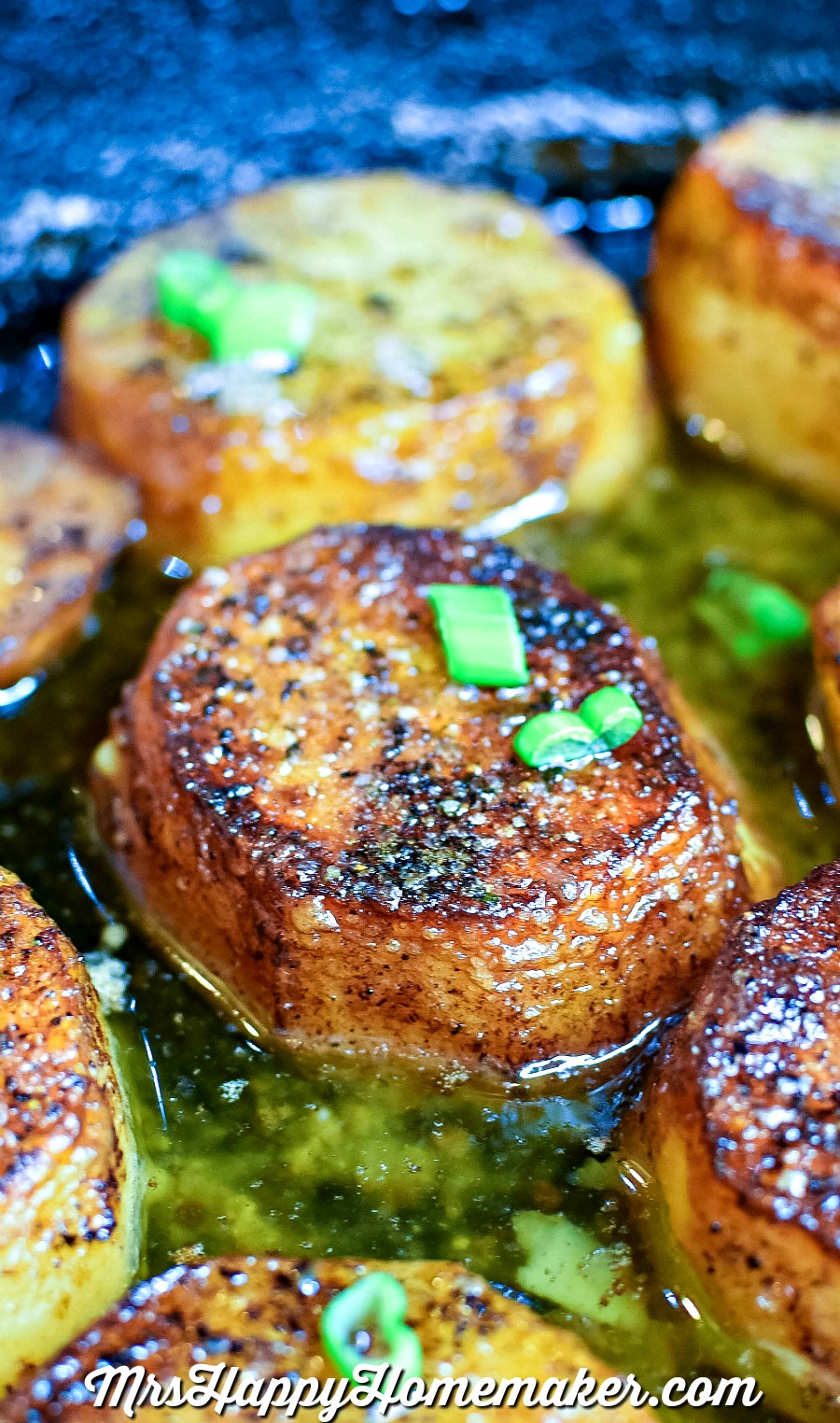 You really must have a cast iron skillet to make these. No other skillet will do the job the same. You can find them on Amazon for pretty inexpensive these days if you don’t have one, but would like to get one. You just won’t get the ‘tater crust’ right if you use another kind of skillet. 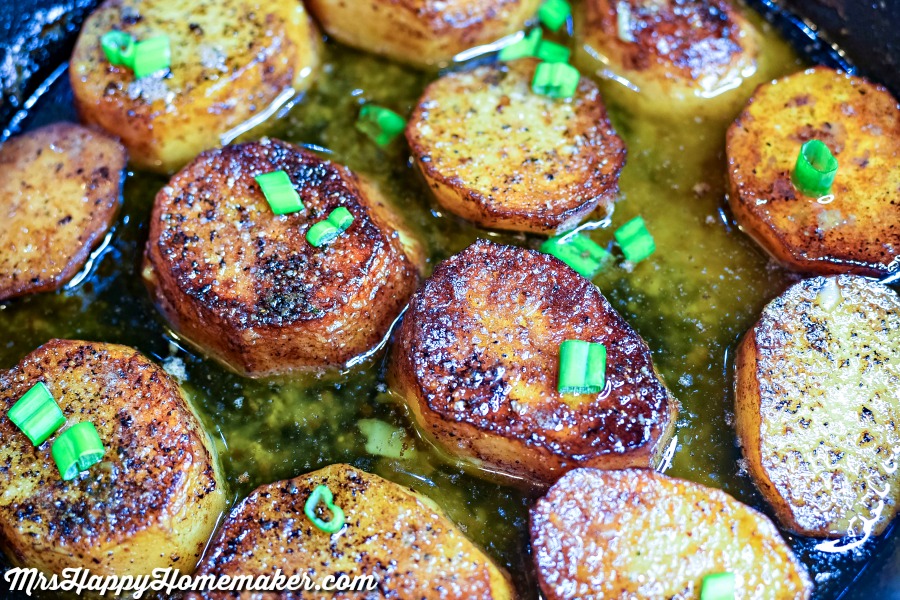 These delicious spuds sear in a cast iron skillet on one side and then are flipped & finished up in the oven with some chicken broth. When searing the potatoes in the cast iron, step away from the skillet and don’t touch those taters til it’s time to flip them. Your taters will thank you.

Ok, maybe your taters won’t actually thank you. That would be a little scary.

Also, I say taters instead of potatoes in real life. Tomato, ta-mato. Potato, tater. Whatever. 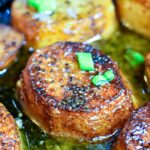