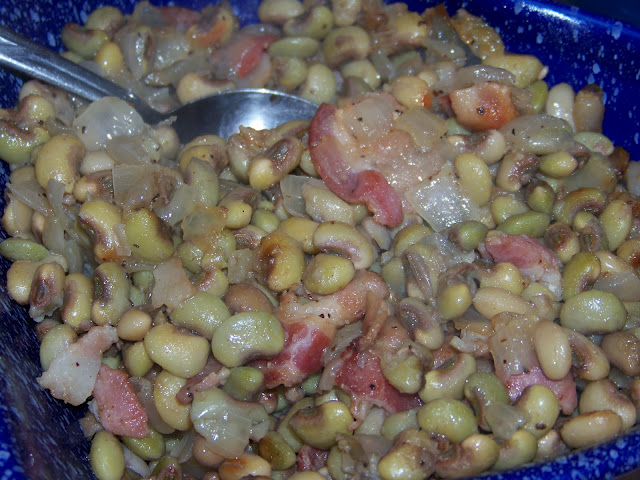 I love my farmers market.  I really, really do.  It’s just a small little thing that operates 3 times a week during the prime growing season by our local farmers – but I always come out with way more than I ever did living in bigger towns.  This is what I came out with in my last trip. 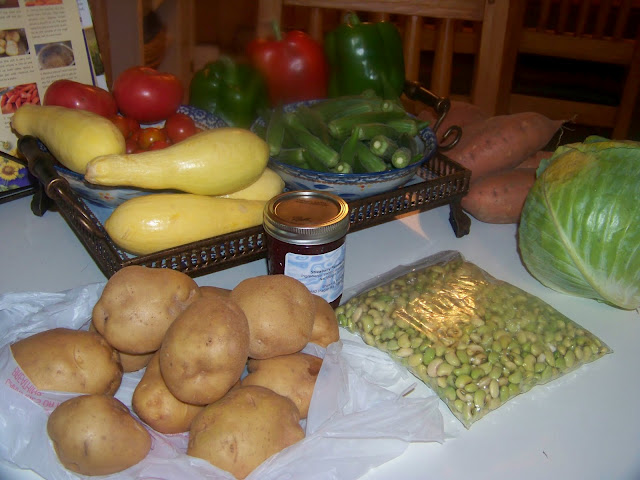 As you can see, I got white potatoes, sweet potatoes, yellow squash, okra, cabbage, green & red bell peppers, purple hull peas, cherry tomatoes, brandy wine tomatoes, & strawberry fig preserves (oh, and 13 ears of corn!).  And the best part?  I paid less than $15 for everything & it all was grown within the same county that I live in.  Just love it!
The purple hull peas in the Ziploc baggie in the photo were in the hull when I bought them..but the girls & I had already shelled them before this photo was taken.  My girls love shellin’ some peas! 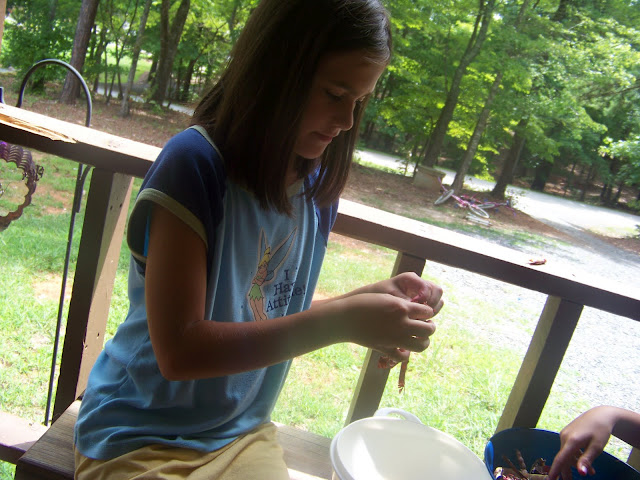 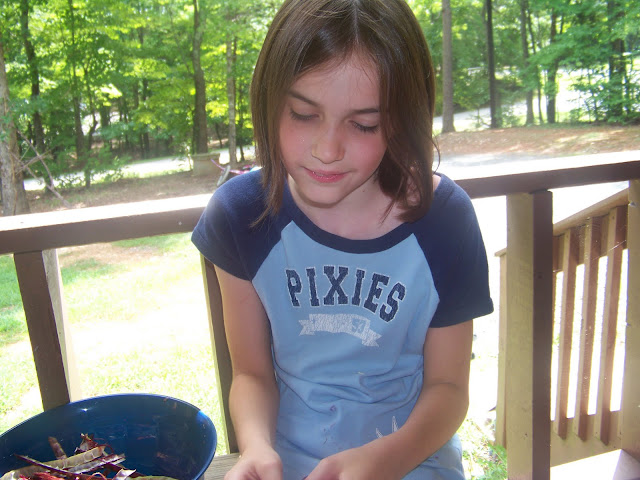 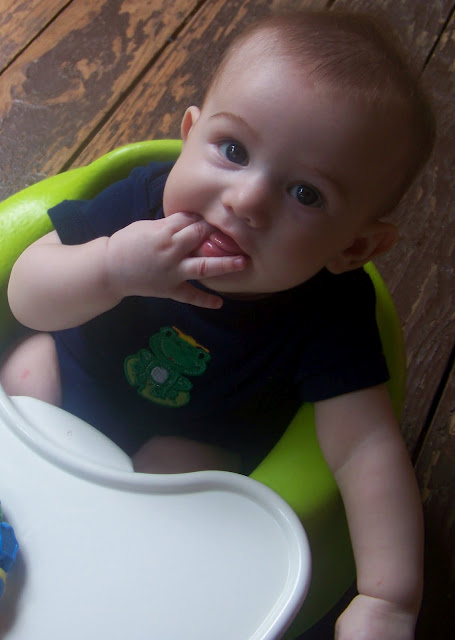 After we shelled all those peas, I just plopped them into a Ziploc baggie until dinner.  To cook them, I boiled them (in a covered saucepan) for about 15-20 minutes, drained the water off of them, & set them to the side. 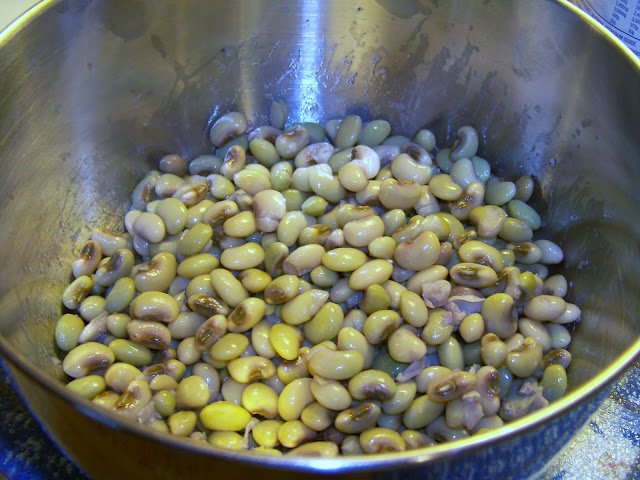 Then, I diced up about 6 ounces of bacon & fried it in a pan for a few minutes.  Then I added in 1 large diced onion into the yummy bacon grease & let it cook along with the bacon for about 5 minutes. 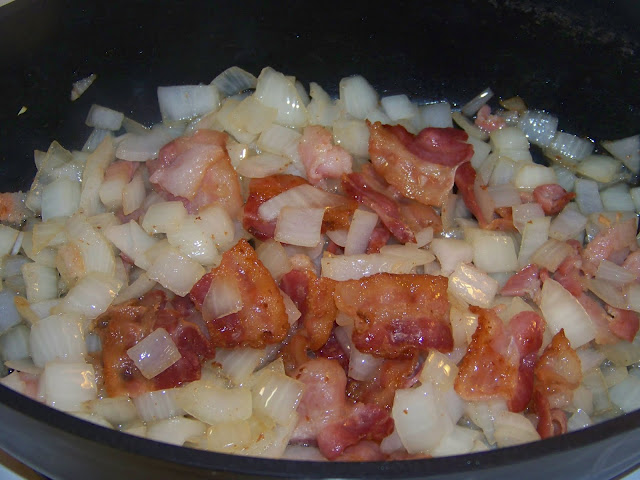 After that, I simply tossed the cooked peas into the bacon/onion mixture – gave it a good toss..and let it simmer for about 5-10 more minutes.  Sprinkle on some salt & pepper, and you’re good to go. 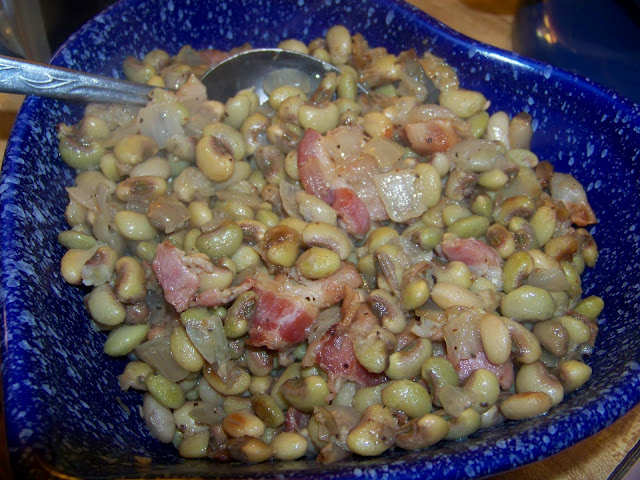 I ate 3 helpings.  Sure did.  Now, my belly hurts.  Oh well – it was worth it.
Beans Cooking Sides Southern Classics