These delicious Shrimp & Grits are a Southern staple. The garlic & bacon in this dish make it perfect! 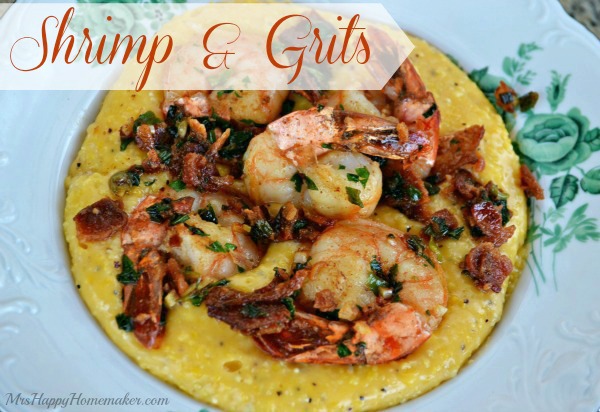 There are a few things that just scream ‘Southern’.

And, I happen to have a love affair with all of the above. 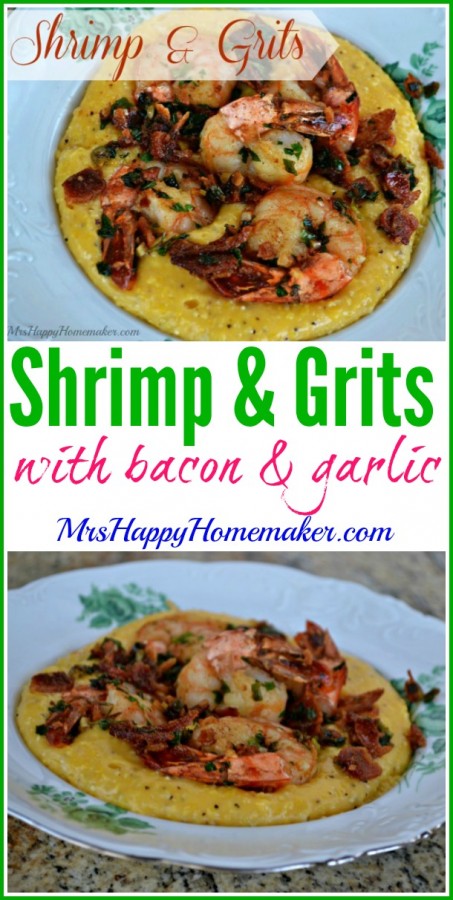 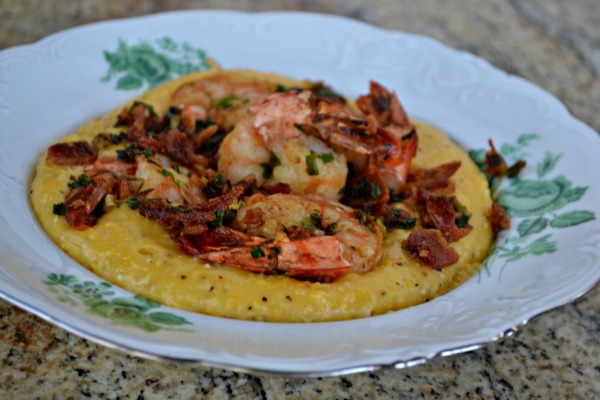 Shrimp and grits are not complicated at all.  It’s essentially just what the name states – shrimp and grits.  However, I do like to zip it up a little because that’s just how I roll.  I’m always on a quest to make the best ever of something.  And, this dish is surely no exception that that rule. 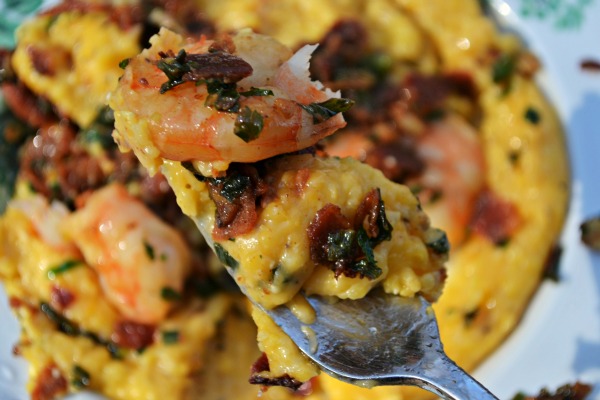 Ok, so first thing is first.  Bacon.  Because the best ever version of everything begins with bacon 99% of the time.  At least in my book.  Mmmm, bacon.

Fry you up about 6-8 pieces… Oh, who am I kidding?!  Fry up the whole darn batch! You only need 6-8 pieces, but if you are anything like me – you need to make the whole batch because you and anyone who is also in the house will snack on it.  And devour it, if you aren’t careful. 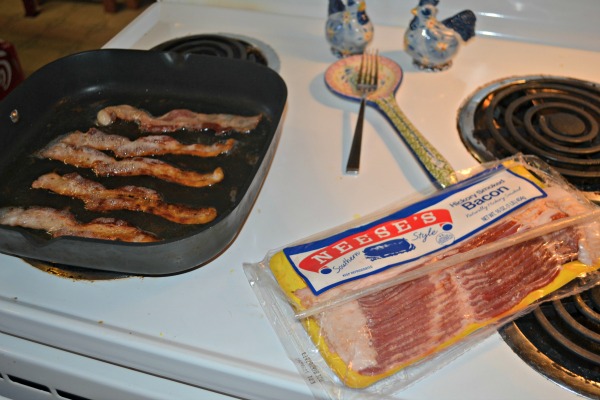 Now, set the bacon aside – and reserve about 1 teaspoon to 1 tablespoon of bacon grease.  It really depends on the size of the pan you are using… you need enough just to cover the bottom.  Nothing overwhelming.

Next – the grits.  I really have to recommend stone ground grits for this dish. They really shouldn’t even be compared to the instant ones.  Soooo much tastier! 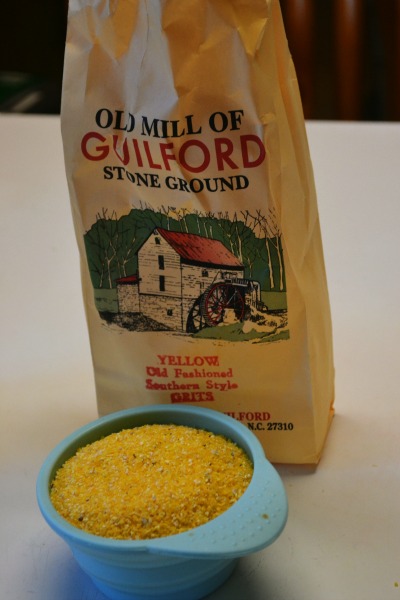 Bring 4 cups of water to a boil.  Once it’s boiling, stir in 1 cup of the grits.  Reduce the heat to medium & stir often… this is very important!  Lumpy grits aren’t appetizing.  Cook, while stirring for 20-25 minutes, until thick. 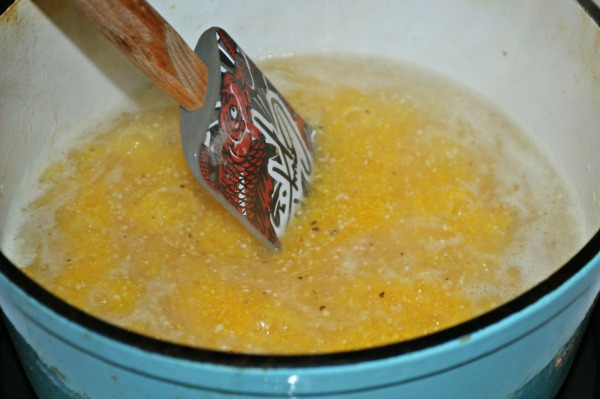 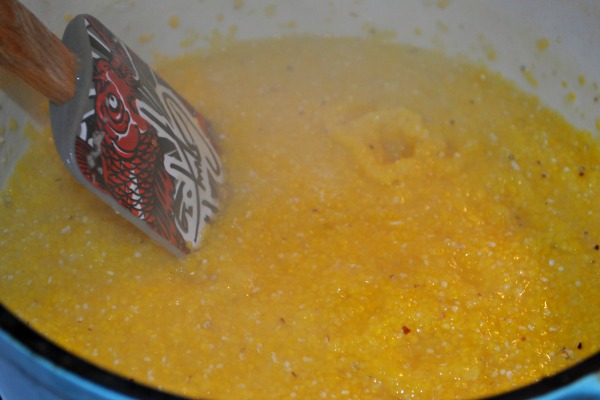 Season to taste with salt, pepper, and a few tablespoons of butter.  Stir in 2 cups of sharp cheddar cheese. I employ my husband for this one.  He’s my official grits seasoner. 🙂 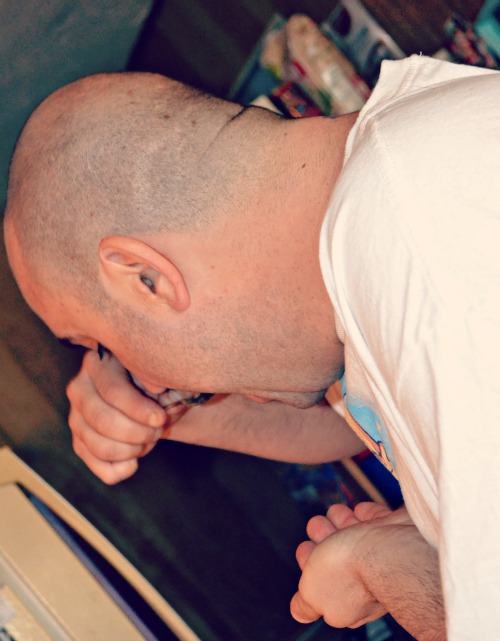 Meanwhile, get your shrimp cooked.  You will need 1 pound of shrimp – peeled & deveined.  You can choose to use small to extra large shrimp, and you can either leave the tails on or off.  You can tell by some of my pictures that I’ve made this dish twice recently (did I mention that I love shrimp & grits?) and took some photographs of both… one batch I used small shrimp without the tails and the other I used large shrimp with tails.  Honestly, I prefer the larger shrimp…. but sometimes it’s not in my budget, and I go with the smaller because it’s cheaper at my grocery store.

Rinse your shrimp, and pat them dry. 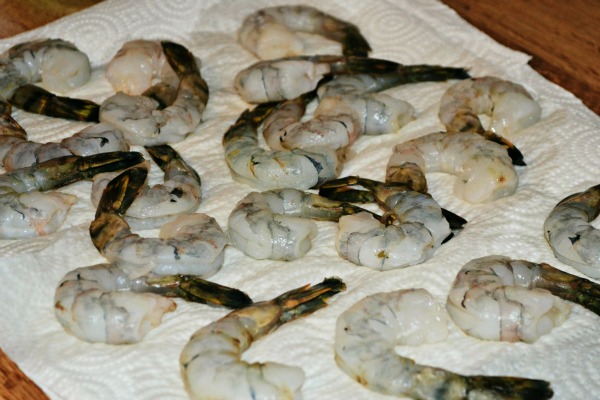 Heat the bacon grease in the skillet & add the shrimp once hot.  Cook for a couple of minutes on each side, until pink. 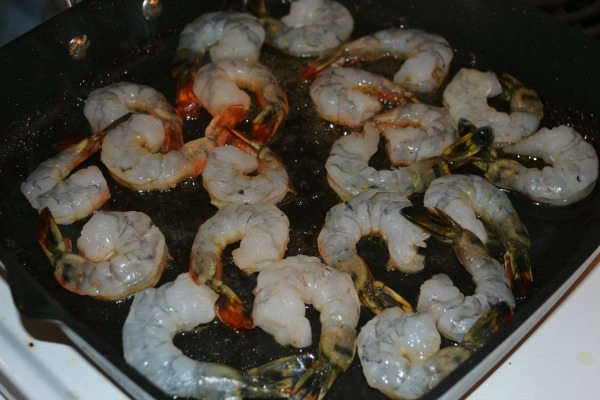 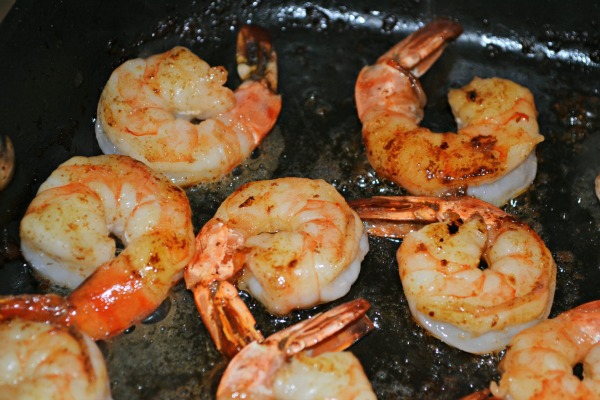 Let’s amp these babies up a bit!  Throw in some lemon juice, fresh parsley, minced garlic, chopped green onions, & your crumbled bacon.  Stir it all up, and cook for about 3 more minutes. 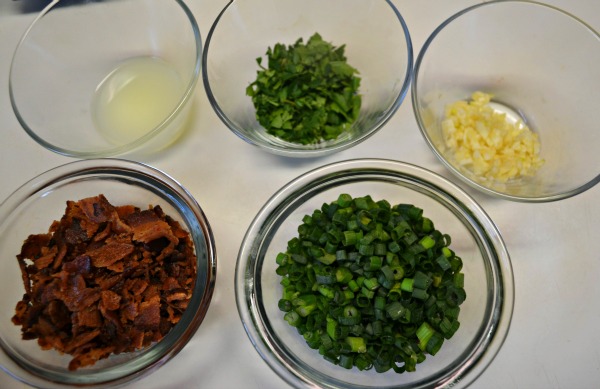 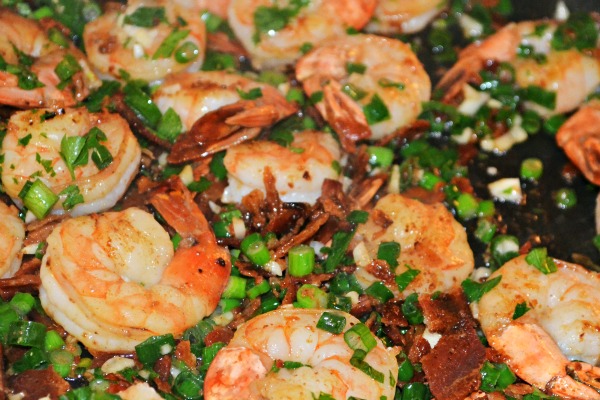 Now, just scoop your grits into a serving dish & top with the shrimp.   Now in the below photo, I used small shrimp without tails – and just put the whole dish into a large baker to serve. 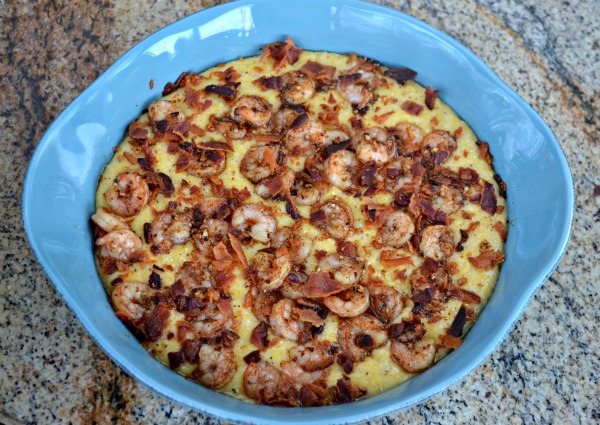 And, in this picture – I used large shrimp with the tails on, and I bypassed the baker all together and went straight to our bowls. 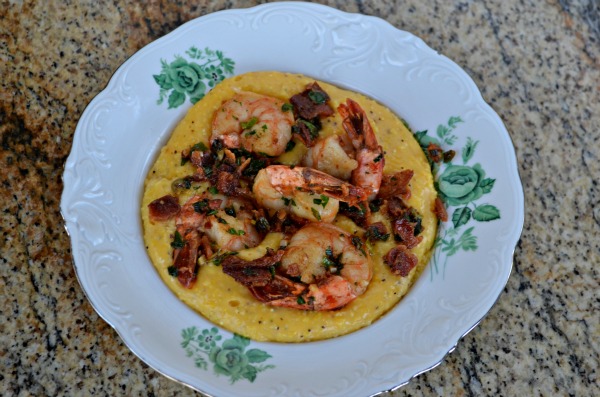 Either way you decide to do it, the end result is absolutely delicious.  By far, this is one of my very favorite dishes… my mamas too! 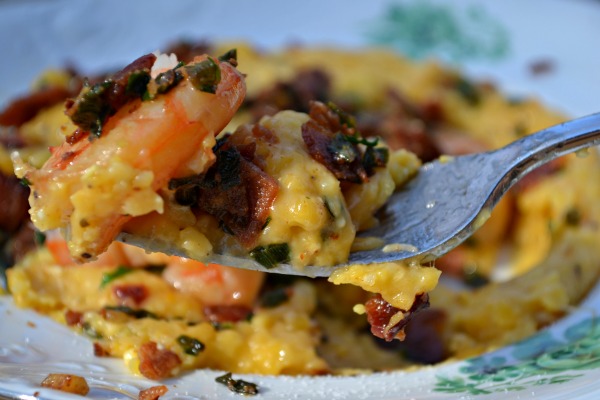 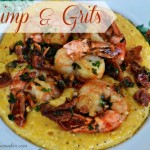