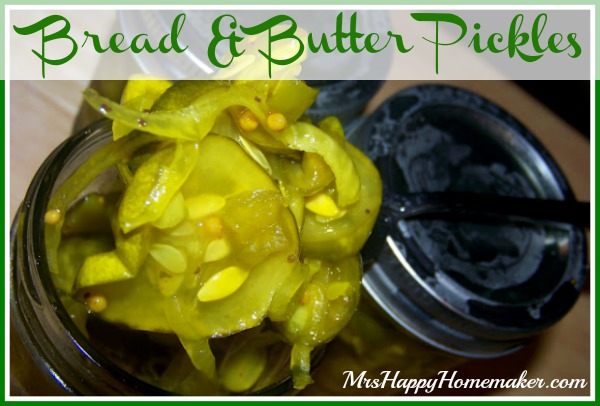 This year has been the best crop of cucumbers to date for my garden. We have just had oodles of them. I have made nearly everything out of them I could think of, EXCEPT for pickles. Making pickles has been a long time fear of mine. Each time I’ve ever considered it, I remember that old episode of ‘The Andy Griffith Show’ where Aunt Bee made pickles & they were horrid! I just knew if I attempted them, mine would be disgusting as well.

Well, I have been living in fear of pickle making for long enough! I went scouring the internet for a recipe & came across one for Bread & Butter pickles that looked like it would be good & I adapted it a little. And you know what? They ARE fantastic! No where near the atrocity that Aunt Bee’s were! First, you will need a bunch of cucumbers. I used 12 large cucumbers. If you have smaller cucumbers, you will want to use more. Cut them into thin slices. 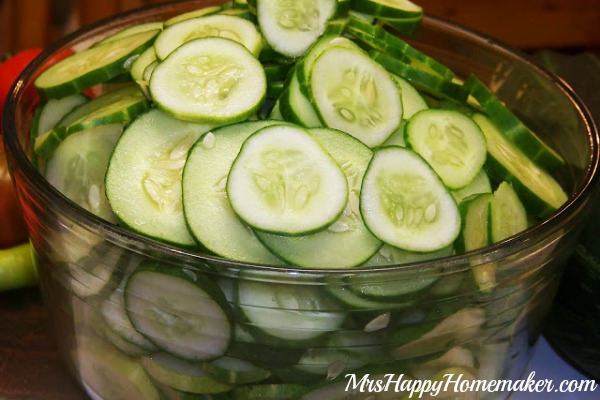 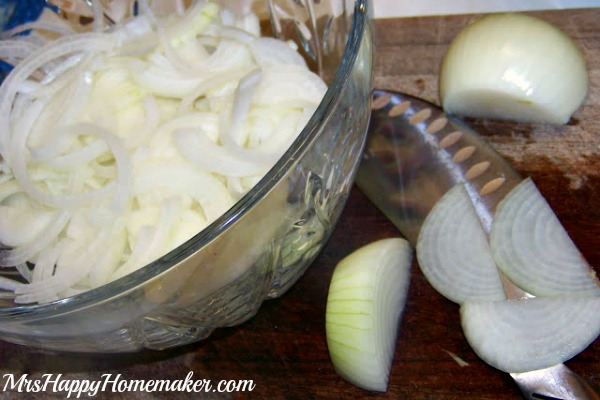 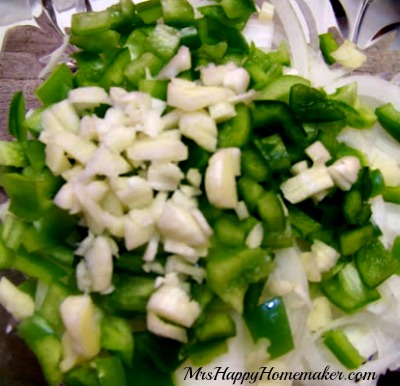 Transfer all the veggies into a large stockpot or dutch oven. Dump 1/2 cup of salt on top of the veggie mixture. 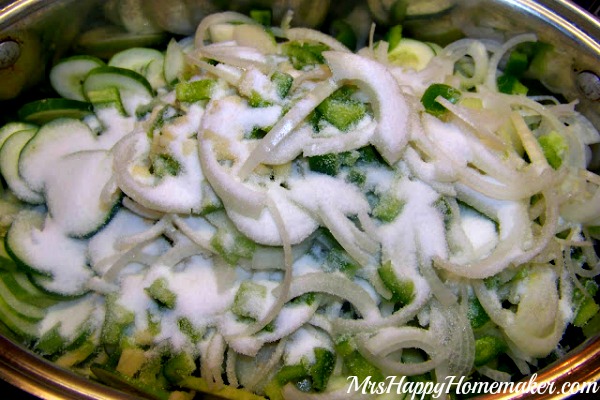 After the 3 hours, come back & drain off the liquid that has accumulated. Now, get your next ingredients ready. You will need 3 cups of apple cider vinegar, 5 cups of white sugar, 2 tablespoons mustard seed, 1.5 tablespoons celery seed, 1/2 teaspoon whole cloves, & 1 tablespoon of turmeric. Combine them all in a saucepan & bring to a boil. 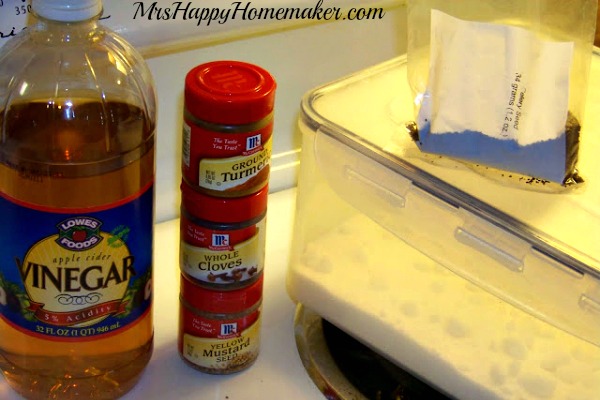 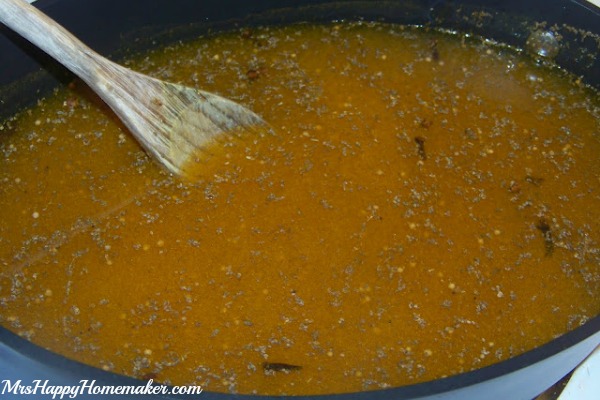 Pour the vinegar mixture into the veggie mixture. Place the stockpot of everything on the stove, and heat on medium/high heat for for about 5 minutes, removing before it comes back to a boil. 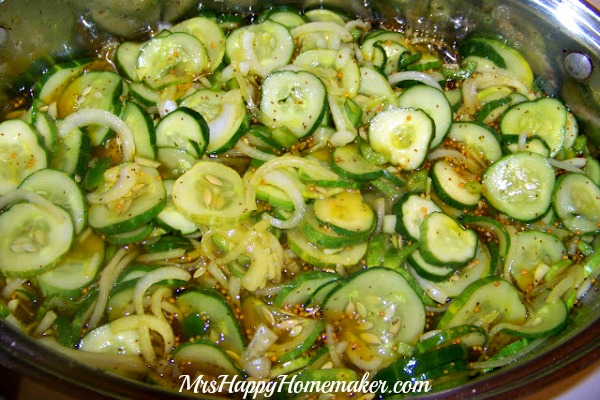 from the canning aisle of my local Wal-Mart. It came with a stockpot insert for canning. I put a few jars at a time in the stockpot insert & boiled them in enough water to cover an inch of the bottom of the jars. Let it boil for about 10 minutes, & then turn off the heat. Let the jars sit in the pot for 5 minutes with the lid on before removing. They should be sealed after cooling. You can test by pushing the seal in the middle. If it isn’t popped up, then you did good! 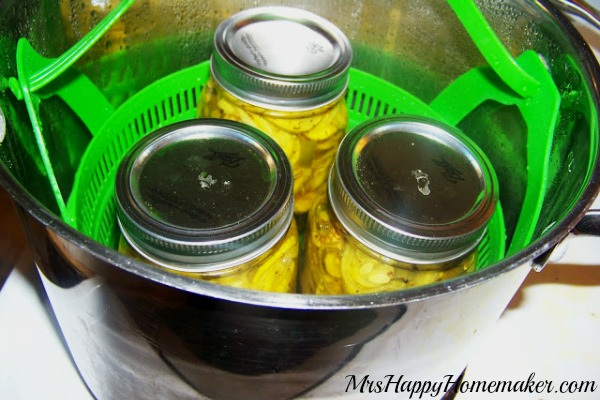 Store them in your fridge when you are done or after sealed, store in a dark area for up to a year. I’m so proud of myself because these are REALLY good! Enjoy! 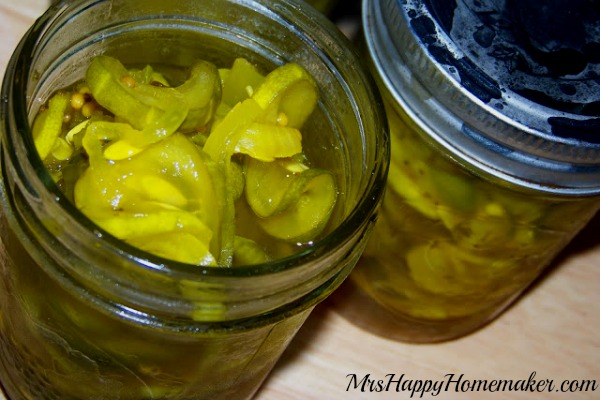 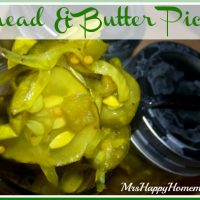 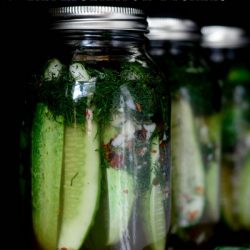