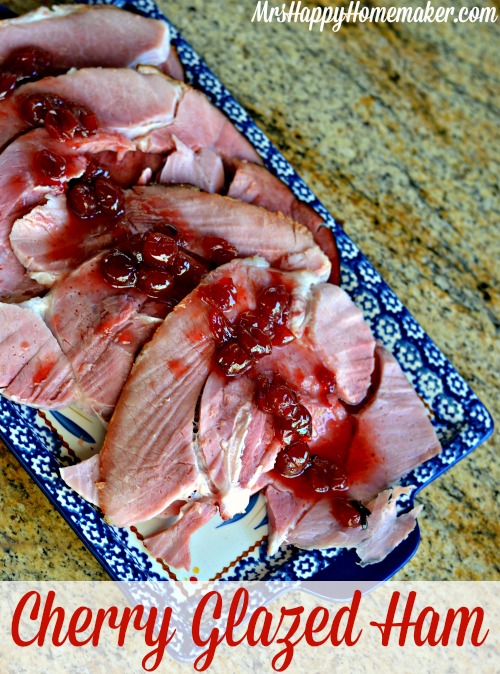 I can’t believe Easter is right around the corner.  Holidays have a tendency to sneak up on me each & every year.  Are you like that too, or is it just me?  Or, maybe it’s just us procrastinators who have the issue.

Yes, I’m a procrastinator.  Have been my all life.  But, somehow I still manage to get all the food on the table in just the lick of time.

We all know that a ham is a big part of Easter.  It’s the most common thing you see on the table when it’s time to eat.  Usually, I make my honey baked ham (which is absolutely divine), but this year, I decided to try someone new.

A friend of mine told me about her Cherry Glazed Ham, & I honestly had never heard of making a ham this way and I was instantly curious about how it tasted.  So, she gave me her recipe and I ran out to the store for the ingredients to test it out.  I’m one of those who like to test out recipes before the ‘big day’ – just to be sure they are worthy. 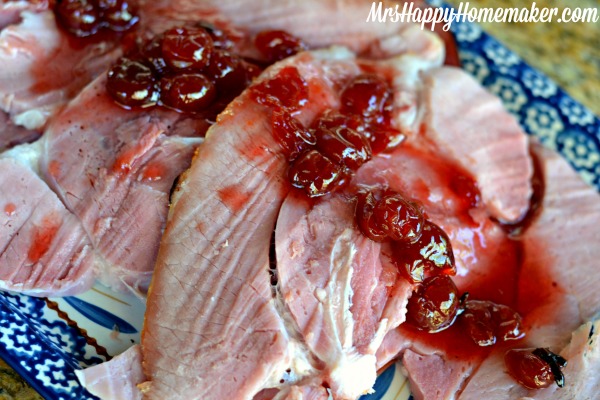 Let me tell you – this one is definitely worthy.  This ham recipe has such a magnificent sweet & salty flavor, and is like none I’ve ever had.  I’m still going to make my old faithful honey ham too – but I tell ya, this is one is right up there on the list.  It’s so good! Plus, it’s super easy!

Even the most novice of cooks can get this one right.  So, if this is your first year making Easter dinner for your family & you’re having a little nervousness… look no further!  This is right up your alley. 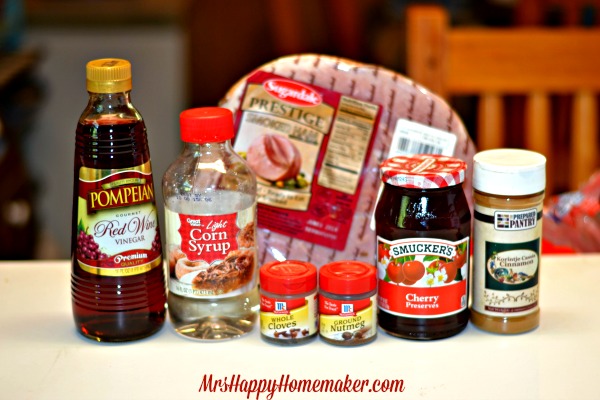 Heat oven to 325 degrees. Place ham on a rack in a shallow baking pan. Bake according to package directions, or 1.5 hours, uncovered, until thermometer registers 140 degrees. 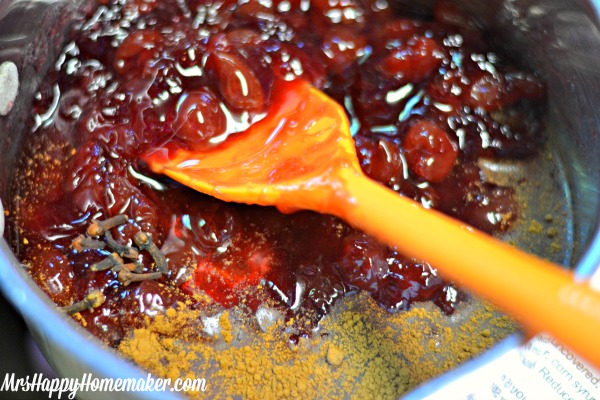 Cook on medium/high heat until the mixture starts to boil, then reduce the heat to simmer and cook for an additional 5 minutes. 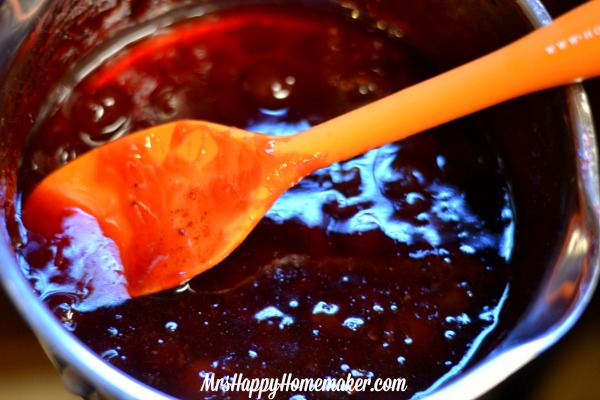 Braise the ham with half of the mixture 15 minutes before removing from the oven.  Save the other half to serve along with the ham once it’s time to eat. 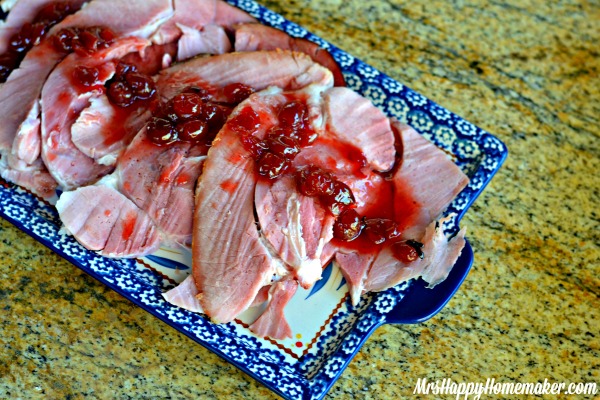 If you have leftovers, try them with these delicious Ham & Swiss Sliders! 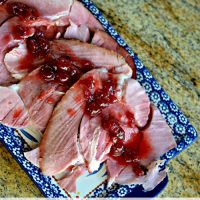 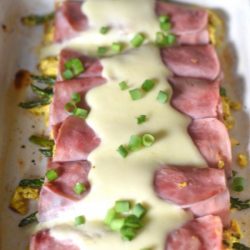 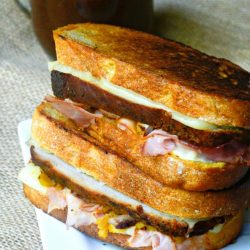 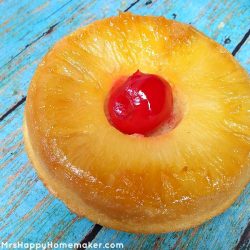