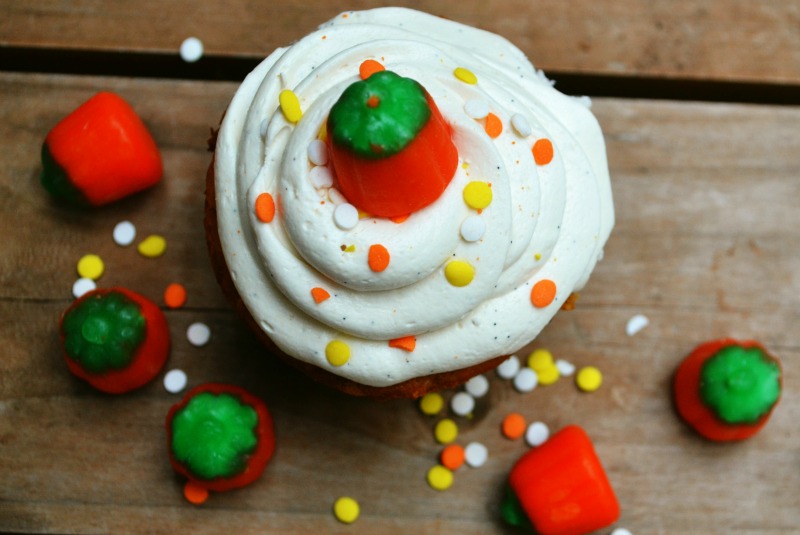 When I was a little girl, my grandmother would add butterscotch to all sorts of recipes to liven them up just a notch – from rice krispie treats to pound cake.  It gave everything she added it to an extra element of sweetness, and it was hard to resist having seconds (or thirds).

This time of year just seems to scream pumpkin and spices, so I had a craving for some pumpkin cupcakes – and my grandmother’s little trick came to mind.  I thought about butterscotch chips, but I didn’t really want to drown out the pumpkin flavors – instead, I wanted to aid in bringing them out even more.  I opted for a butterscotch pudding mix added to the batter, and boy – I’m glad I did. 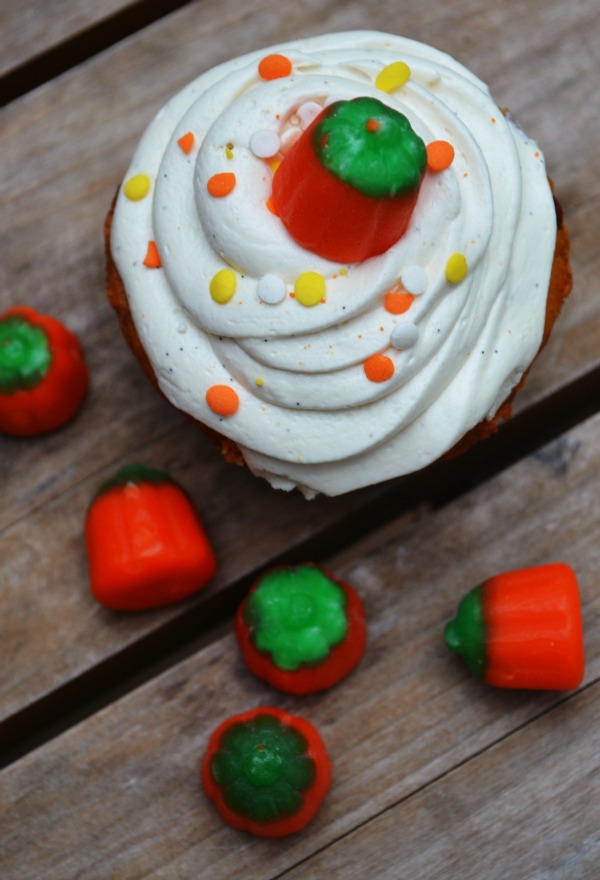 The result is a perfectly spiced cupcake that signals fall is upon us  It doesn’t really have a butterscotch flavor, but instead gives it ‘that something‘ that I was hoping for. And, it made them so moist.

Light, delicate – perfectly sweet, but not too sweet.

I paired them with a traditional cream cheese frosting that I amped up just a bit with a little hint of brown sugar & vanilla bean. Then, I topped them off with a little candy pumpkin and a light dusting of fall sprinkles, just as an added touch. 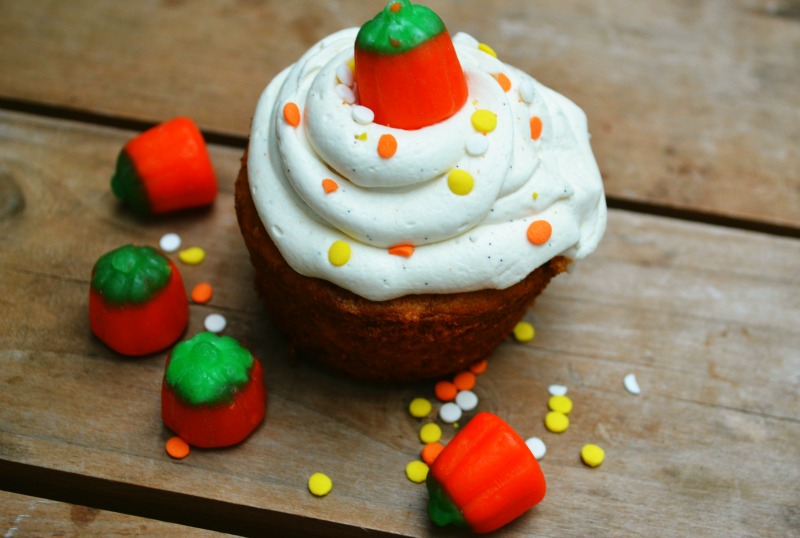 Also… I’ve got to share something with you.  Those little candies are awfully hard for little kids to stay away from.  Just look what kept happening when I was trying to take the photos for this post around my 2 year old.  Little fingers sneaking into my photos over & over again to steal candy & sprinkles.  He better be thankful he’s darn cute 😉 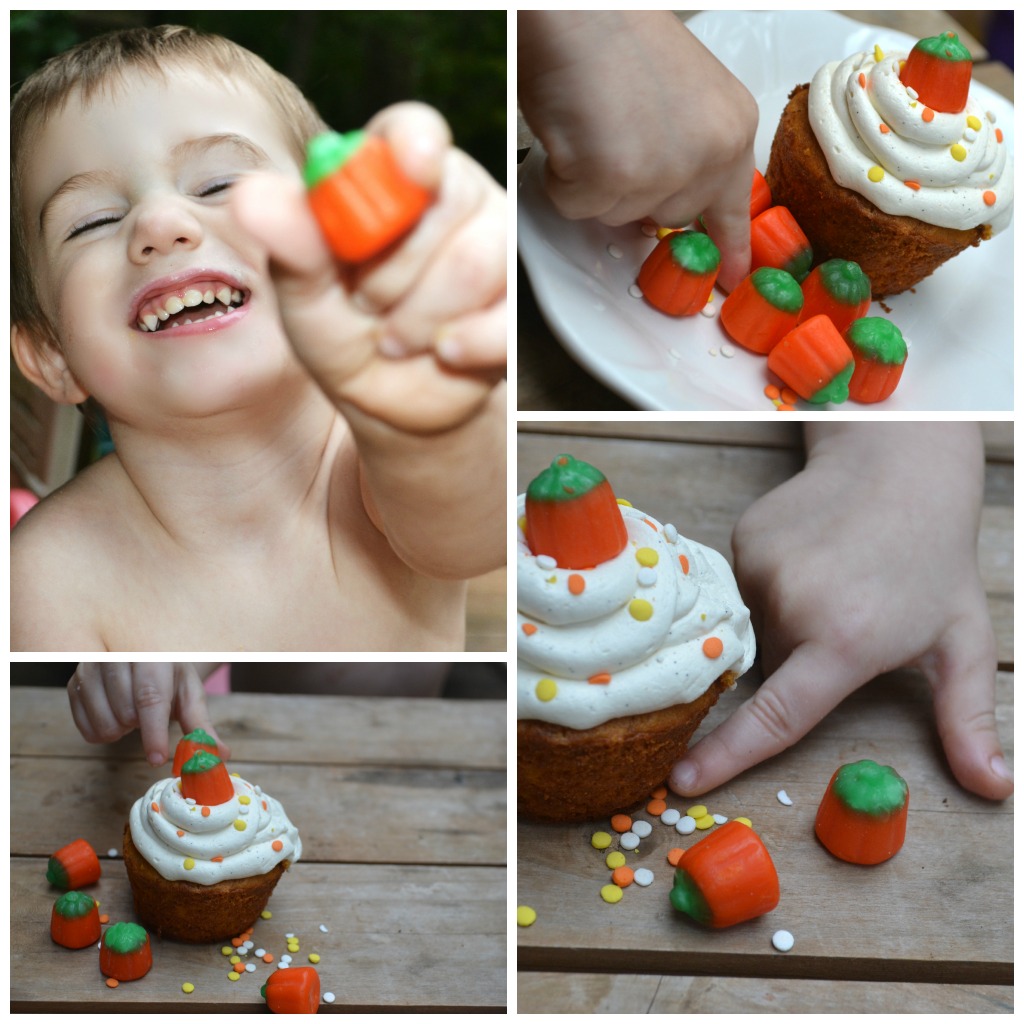 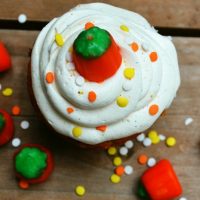