This is how my mother taught me to make snow cream. It’s my favorite recipe! You only need 2 ingredients to make it & one of them is snow. 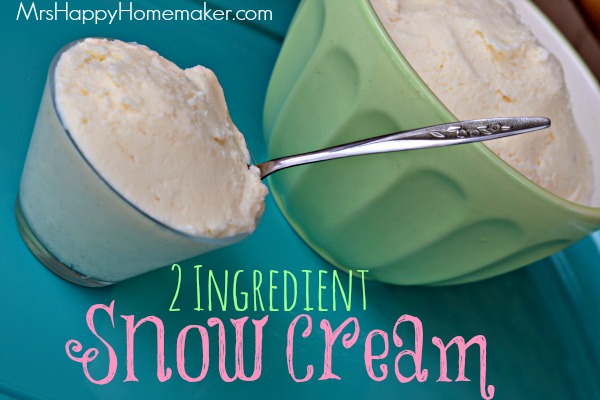 I think that some foods are just genetically hardwired into your system. Snow cream is one of those things that I was born craving. But, since I live in the South – it’s something that I don’t get very often.  <insert loud crying sounds here>

As a child, I remember every snow we ever got – Mama would be on the back porch lightly scraping off the top layer of snow from the surface of the handrails or anywhere else that she could gather some clean snow from.  What a treat that was when she whipped up a batch! And such fun memories too! We’d sit in the kitchen eating it all up – pretty much in one sitting.  And if there was any left, you can bet I would sneak it when she wasn’t looking.  Mama is upstairs taking a shower? Well, I’m in the kitchen stealing snow cream.  I was bad, I know. 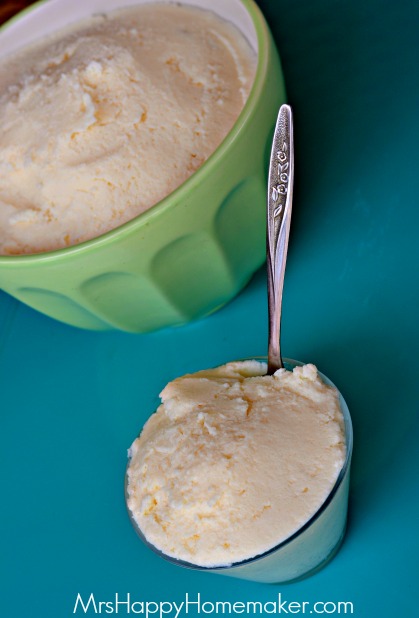 Now, my Great Grandma Light was kind of obsessed with snow cream. And, that’s not an understatement. She would probably fall into the classification of a snow hoarder. She’d gather up every tupperware & empty cool whip and margarine bowl she could muster up, and work outside like she was harvesting corn or something.  She was a farmer in her younger years, and her farming instincts really came out when it snowed… And if any family members just happen to be there, you can bet she’d put us to work gathering some too. She’d get all she could from her property, and then go knocking on the neighbor’s doors to see if they minded if she took some from their surfaces.  Then, she’d pile 20 something bowls of snow in the freezer for snow cream making later.  And, don’t think about touching her snow cream.  Uh huh – Great Grandma Light shared lots of things, but never her snow cream.  It was a precious commodity after all. 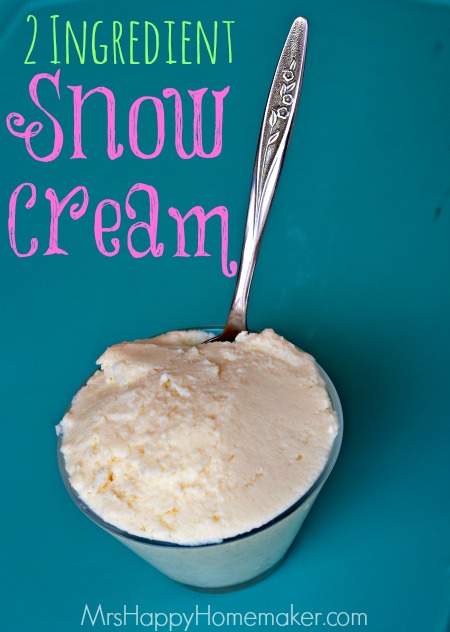 Now, I don’t store 20 something bowls of snow in my freezer – but I do accumulate what I can – roughly 5-6 bowls worth… just so I can have snow cream a little longer.  I just love it so much.  I told you it was genetically hardwired in my system.   If you live in an area that doesn’t get much snow like I do, the best way to ‘harvest it’ is to find a surface such as your deck railing or car and scrape off the top layer of clean snow with a measuring cup.

I make my snow cream the same way my mother does, but odd thing is – I don’t know anyone else who makes it the same.  Now, I know there’s gotta be others that make it the same way we do – because it’s absolutely delicious.  But, for those of you who don’t do the 2 ingredient method, I just had to share.  It seriously can’t be beat.

What ingredients do you need to make snow cream? 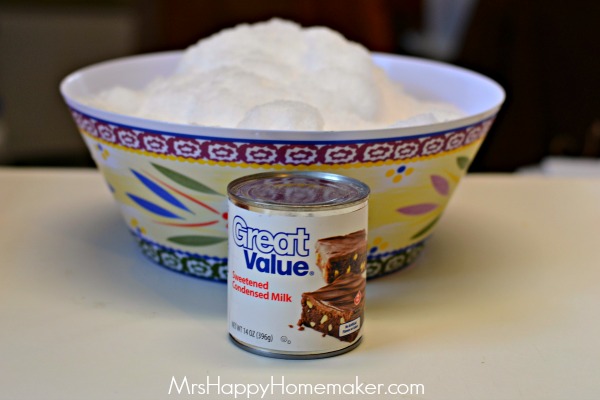 Pour a 14oz can of sweetened condensed milk into your large bowl of snow. 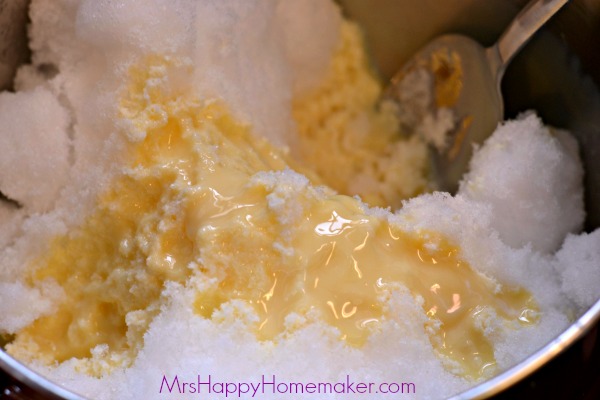 Stir it up really good.  Don’t worry, you’re snow cream is supposed to shrink a little bit.  Sometimes I also add a little drizzle of vanilla, but it’s not mandatory.  Now, taste it.  If it’s too sweet for your liking – add a little more snow. 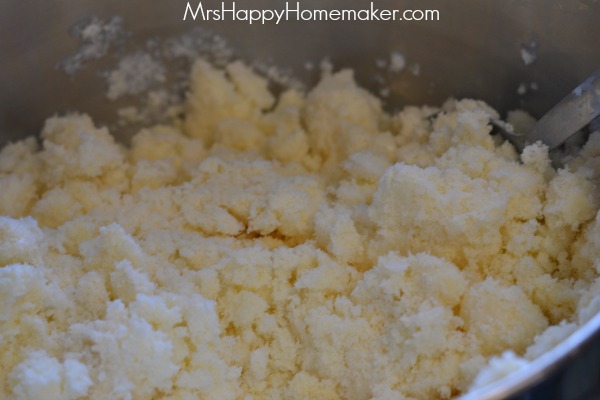 Eat it right away, or put it in a freezer safe bowl and freeze. 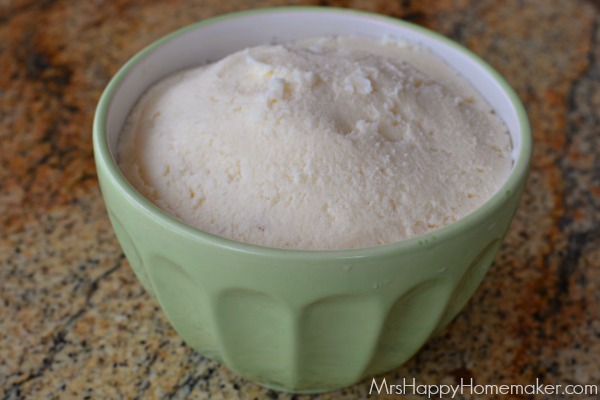 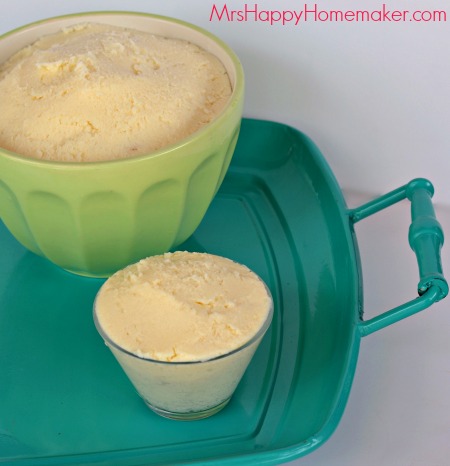 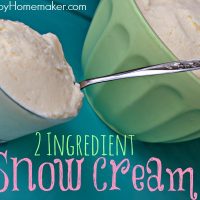