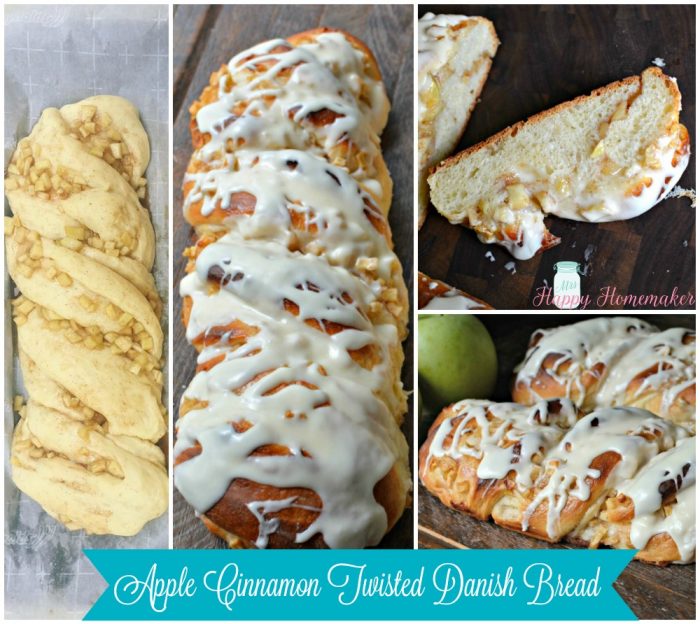 I love making bread – I always have.  I used to make it all the time before my husband passed away 2 years ago, but when he died… I stopped doing a lot of things that I loved to do for a very long time. Making bread was one of them. Before Mike passed away, I would crank out 2-3 loaves a week like it was nothing. Sweet bread, savory bread – any bread really. My favorite was cinnamon rolls. I just loved the whole process.

Recently, I dug out one of my bread machine (yes I have two!) to make a new bread recipe I had found. I had totally forgotten how much I really did love making bread! The next day, I dug out my other bread machine & cranked out 5 more loaves of bread that day… then gave away half of it because I’d made entirely too much bread. I probably could have given away more than half of it… but um… I really love carbs & it’s fresh baked bread soooooo. Yeah. You understand. 😉

It is such a great feeling to rediscover something that I once loved so much. I’m such a different person than who I was before… but reclaiming a part of ‘me’ feels so great. I haven’t put either of my bread machines back in my storage shed either. I think I’m going to keep them out & start making bread regularly again. 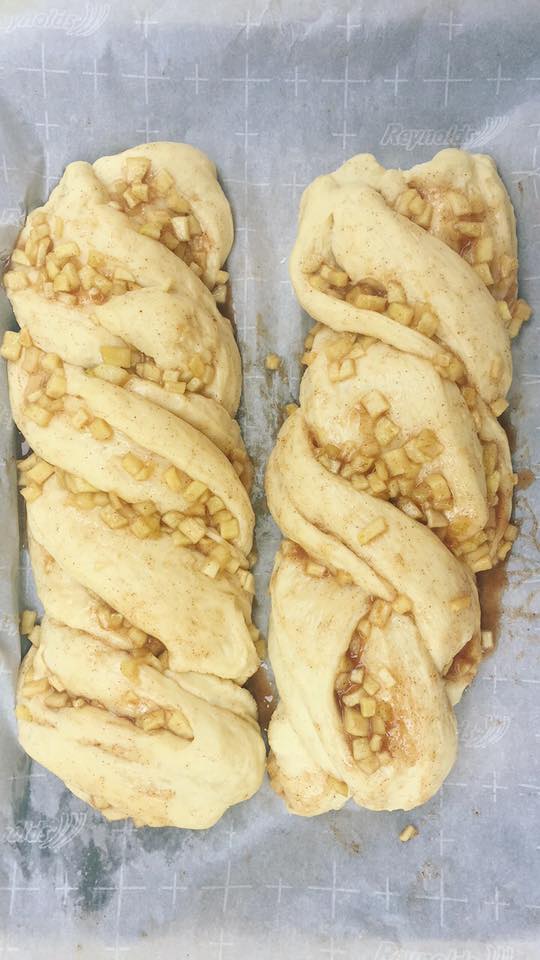 Some people may call me a bread making cheater when they hear that not only do I use, but I love, my bread machines. I rarely ever use them to bake bread from start to finish though – like I’ve maybe done it 3 times in my whole life. What I do use it for, however, is the dough feature. I love, love, love the dough feature on my bread machine. I said earlier than I owned two bread machines… the ones I have is a Sunbeam that I bought for under $50 from Amazon and a Williams Sonoma that I found for $12 at Goodwill. Both work great for me… but my favorite is my little Sunbeam. I’ve had it for several years now. 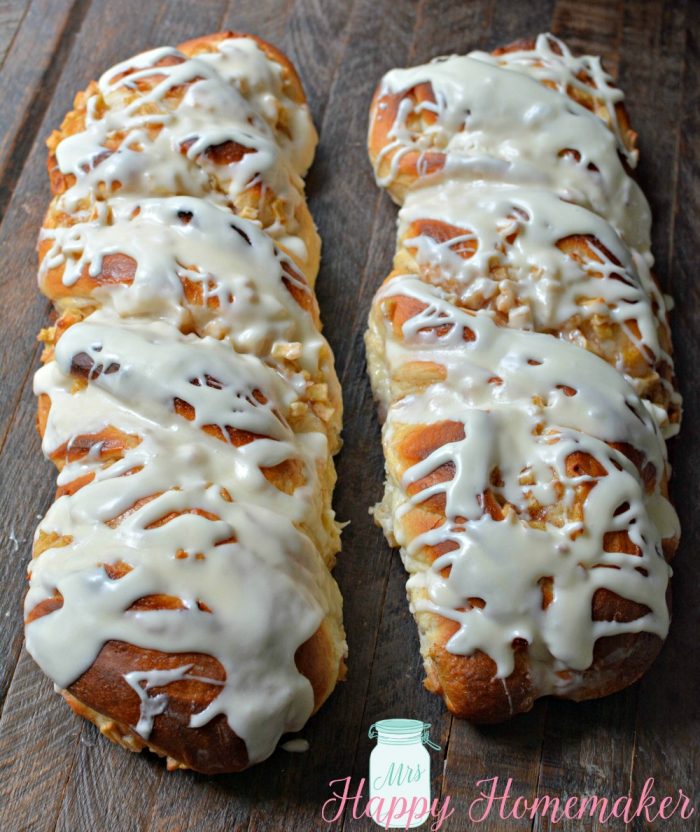 This Apple Cinnamon Twisted Danish Bread is one of the recipes that I made the other day when I finally dusted off my bread machines. I found it on the King Arthur flour website and it instantly intrigued me. I recently was in the North Georgia mountains and I picked up a bushel of apples from an apple farm in Ellijay…. and they really needed to be used – so this was perfect.

I made the recipe as is the first time and it was really good… but then I adapted a thing or two for my own tastes and made it again…and I was seriously WOWED by it. I mean, this stuff is addictive. Like, really addictive. I may or may not be going into my kitchen after I publish this post and making another batch. I seriously am so impressed by how delicious this recipe is. The dough is spot on. My only issue with the original recipe was that there wasn’t near enough apple for mine & my family’s flavor… and I wasn’t so much for the pureeing of the apples either. I found that when I finely diced the apples (and increased them!), the finished product had way more of the apple flavor that I was craving. 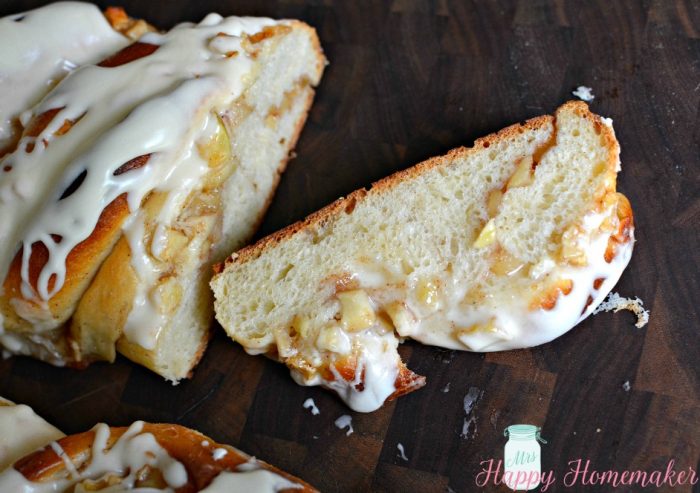 This is quite frankly the best apple danish bread that my tastebuds have ever had the pleasure of coming across. So scrumptiously good!

This is one that you definitely need to add to your recipe boxes… It’s always going to be in mine! 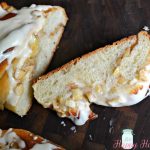 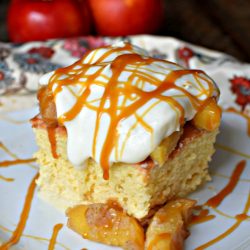