This Creamy Brussels Sprouts Gratin is baked in a garlic gruyere cheese sauce and it’s absolute heaven. This may be my new favorite side dish! 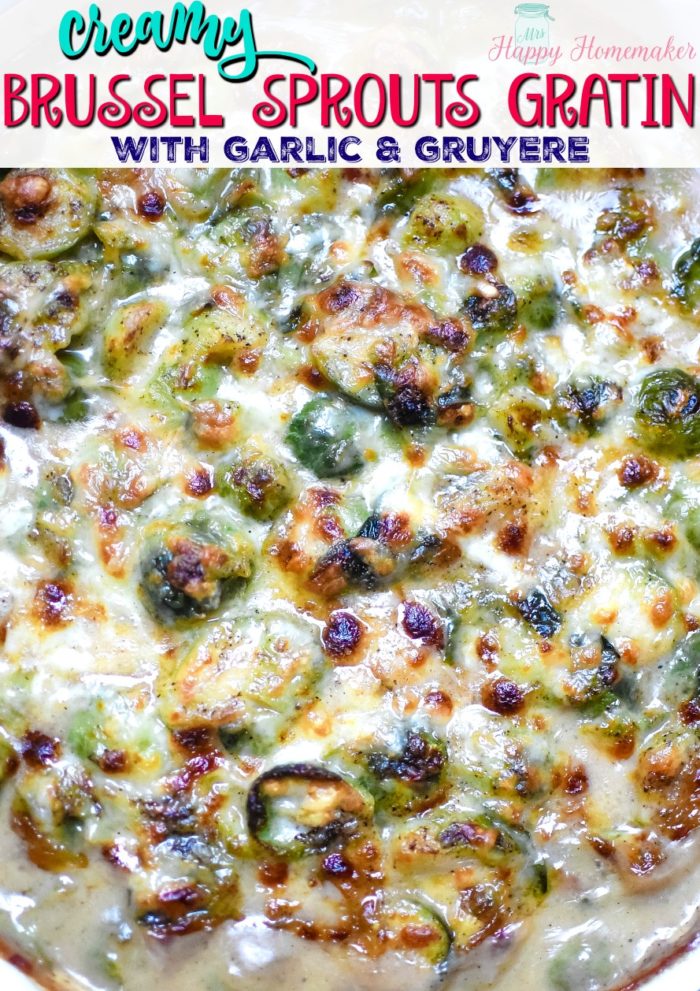 Y’all, I have a new favorite side dish and I’m so excited to share this recipe! This Creamy Brussels Sprouts Gratin with garlic and gruyere is all sorts of magical and you need it in your life. You just do. It’s that simple.

Brussels sprouts are one of those foods that I used to hate when I was a kid, and I know I’m not the only one. My mother used to cook them when I was growing up, and she’d stand over the pot stirring and seasoning to make sure the Brussels sprouts were super tender and full of flavor. We would sit down to eat and my Daddy George (who also didn’t like Brussels sprouts) would encourage me to eat them first so that we would get them over with – and hold my nose while doing so we didn’t taste them as much. Mama was not pleased with that scenario one bit. She had them perfect and here we were shoveling them down while holding our noses, them chugging some drink to get the taste out of our mouths.

Anyhoo – as time as gone on, I actually started to like Brussels sprouts. To be quite honest with you, I downright love them now. You know, they do say that your taste buds change every 7 years. Daddy George’s tastebuds, however, seem to be stuck in the Brussels sprouts hater division. He still doesn’t like them. I really need to make him this recipe though because I really think I may be able to sway him into liking them, at least cooked in this particular recipe. Stay tuned 😉 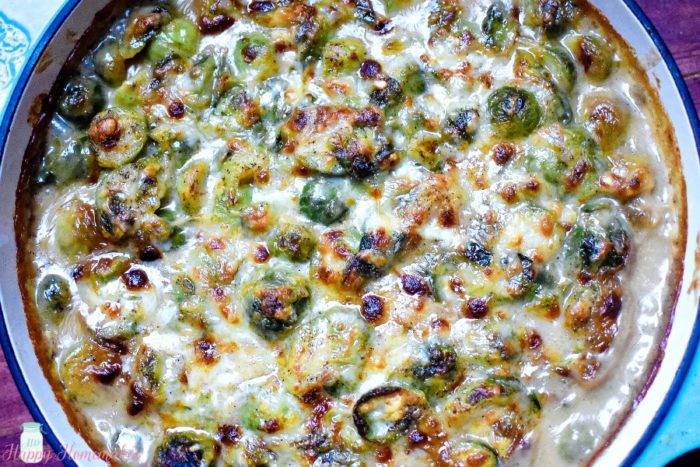 So, what makes this Brussels Sprouts Gratin recipe so good?

Not even gonna say it’s the Brussels sprouts…. it’s ALL in the cheese sauce, honey. Oh. My. Word.  It is Phenomenal.

It’s made with Gruyere cheese which is one of the meltiest cheeses you’re going to find. It’s creamy, a little sweet/nutty, & slightly salty. The cheese sauce also has caramelized shallots and garlic.

The Brussels sprouts are quickly blanched first before baking them the rest of the way in the beyond decadent cheese sauce which allows them to cook fully in the gratin.

A word of caution – it’s basically guaranteed that you are gonna be reaching in and pulling out crispy little edges of Brussels sprouts and cheese before it ever makes it to the table. 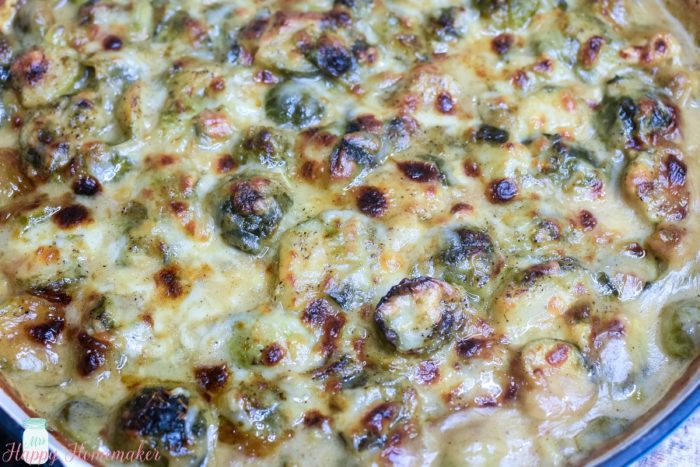 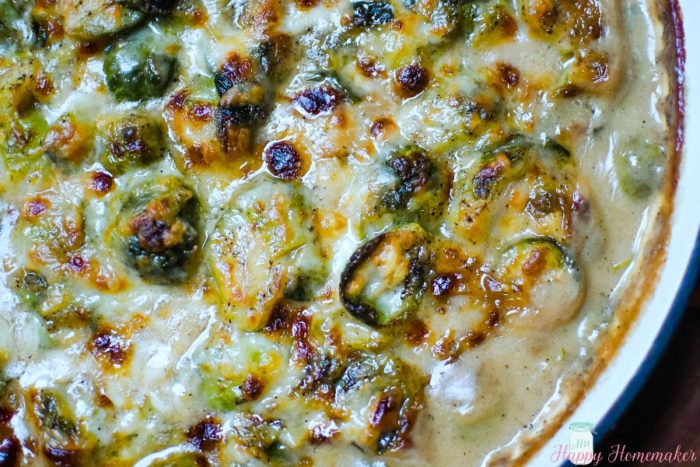 If you liked this dish, you may like these too! 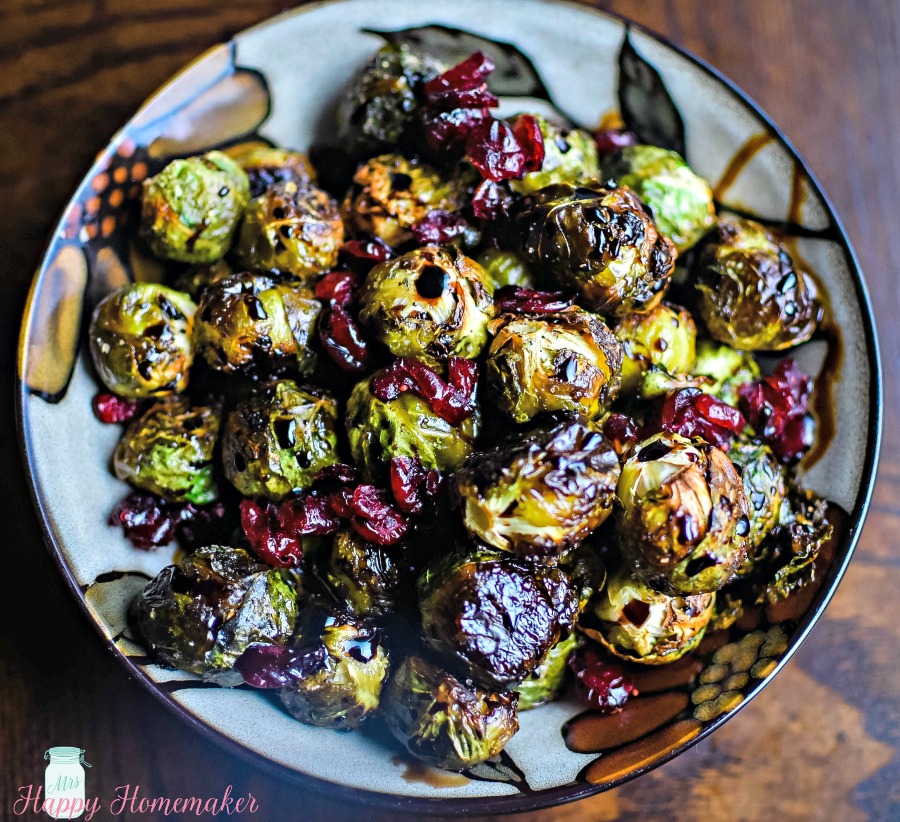 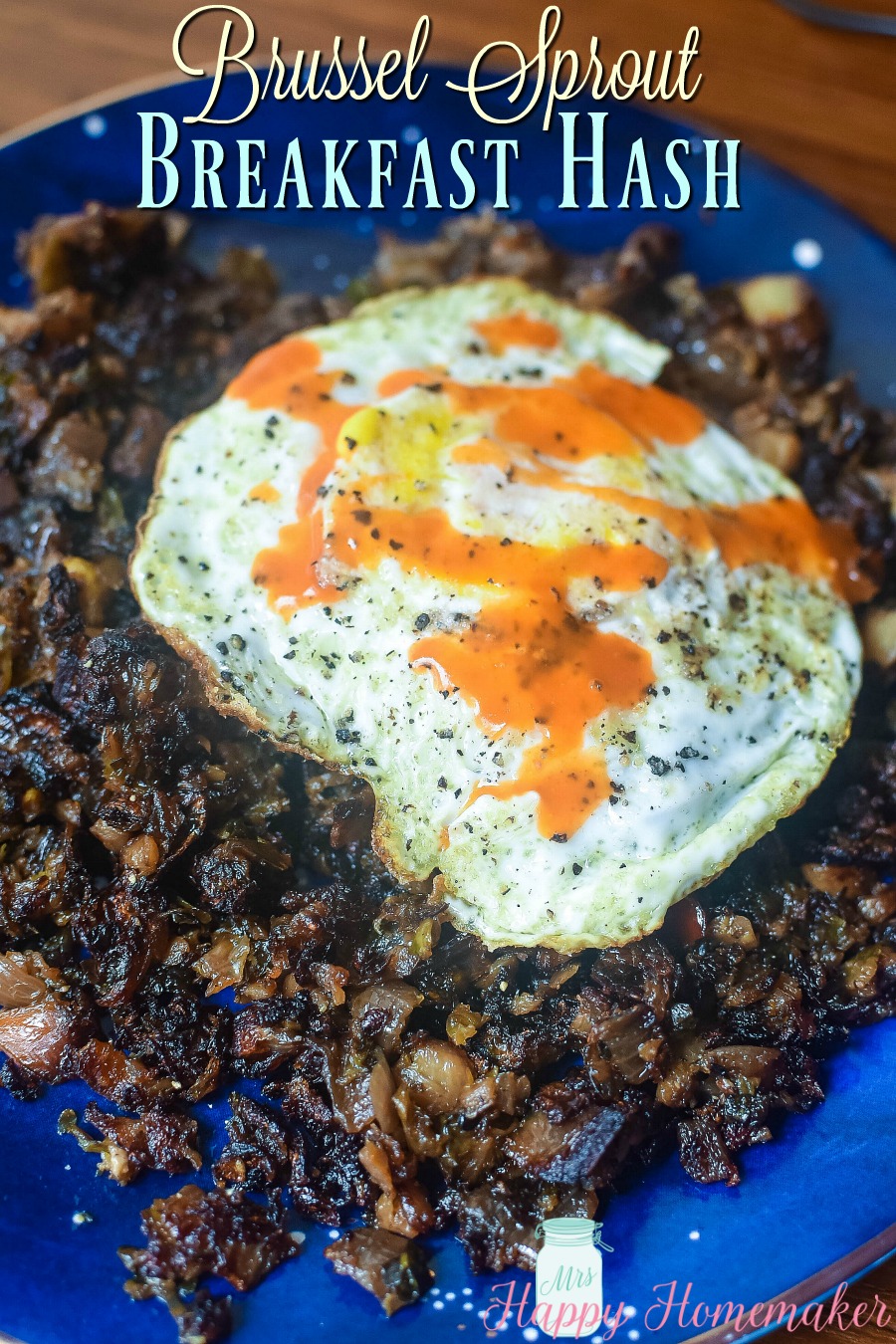