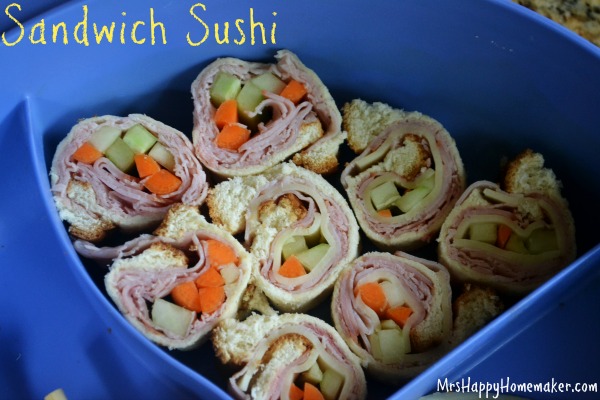 Sandwiches are the very most common thing parents pack into their children’s lunch. They’re easy & cheap – and everyone knows how to make a sandwich.  With the back to school season in high gear, I’ve been experimenting with different ideas to shake up your sandwiches.  Making sandwiches into sushi is a great way to jazz up the normal boring sandwich – and it’s so simple too.  Plus, it’s a great way to sneak some veggies into the kiddos’ tummies.

The ‘secret’ to this look is thinly sliced veggie sticks. Think vegetables in matchstick form.  I’ve used carrots & cucumber in mine. Just lay out a piece of bread (crusts on or off), lay out your lunch meat & a slice of cheese – then right down the middle arrange your vegetable matchsticks. 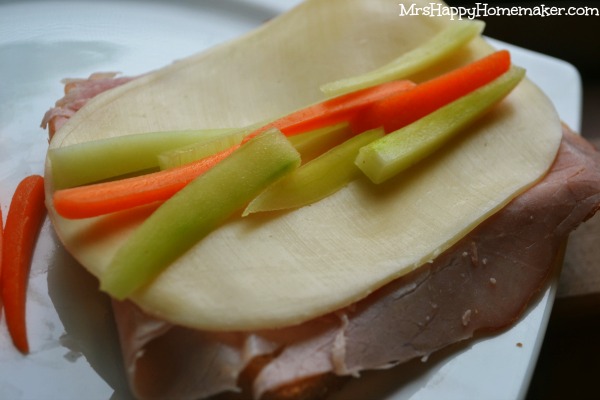 If you want condiments – spread them on the meat instead of on the bread so the bread doesn’t get soggy.  Or, just serve them on the side for ‘dipping’.

Now, tightly roll it all up.  I suppose take the crust off the bread would make it look a bit more authentic, but my kids like crust – so on they stayed. 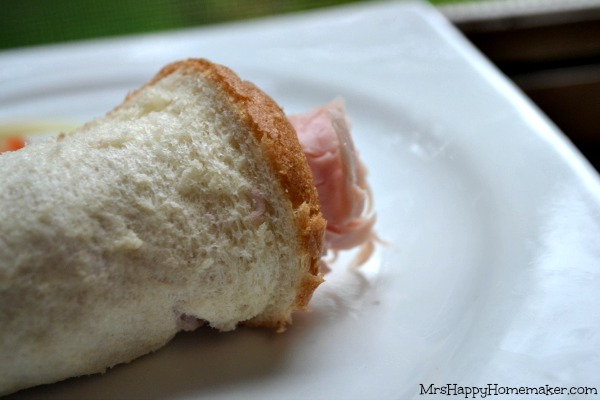 Slice it up using a sharp knife & arrange in your lunch container. 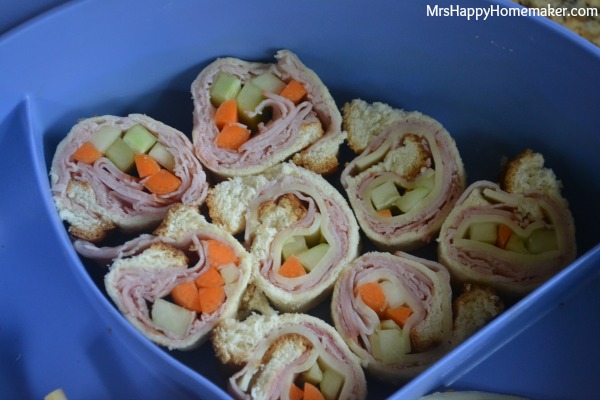