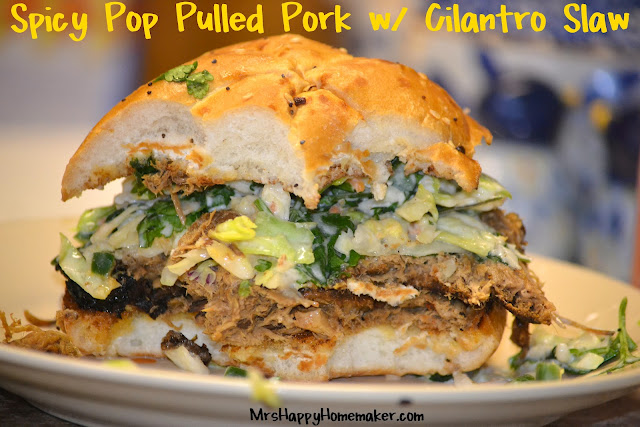 I was watching Ree Drummond’s (a.k.a. Pioneer Woman) new show on Food Network a couple weeks ago, and watched her prepare her Spicy Pop Pulled Pork & Cilantro Slaw Sandwich.  My mouth was watering the whole time, and I knew – I HAD to make this, and I had to do it soon! 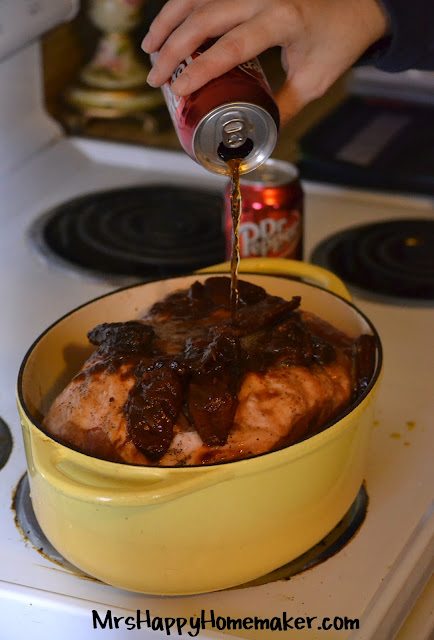 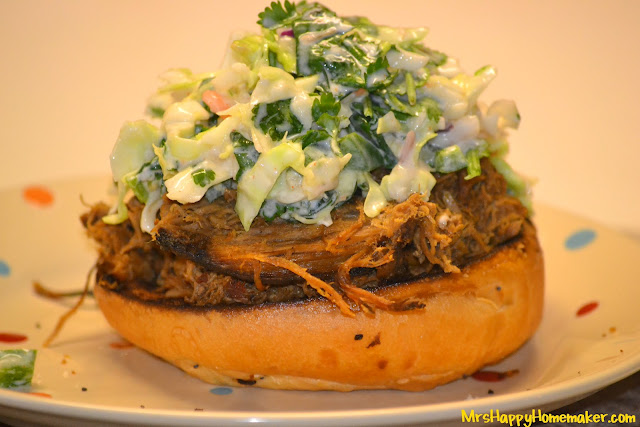 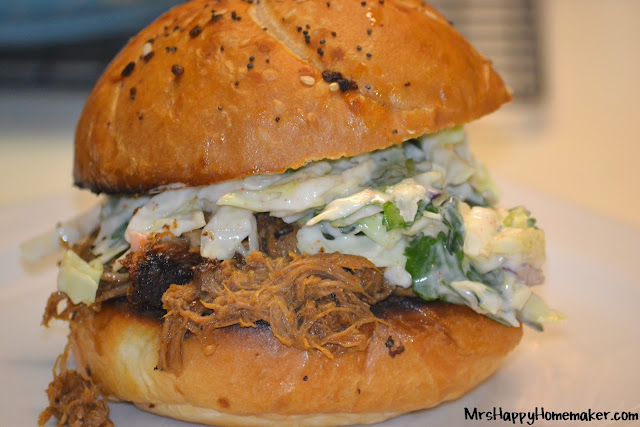 I am so glad that I didn’t wait on this one.  And, I just had to share it with all of you.  It’s just THAT good.  The meat gets all dark on the outside, and nice and moist on the inside.  And the cilantro slaw is the perfect contrast to the pork.  I really believe that the slaw is what makes this whole sandwich.  On Ree’s blog, she made this a while back – but she added jalapenos to the slaw.  I did the same, and it was just delicious.
I switched the recipe up a little, but stuck to the roots for the most part – and it is just out of this world good.  This will be made again & again! 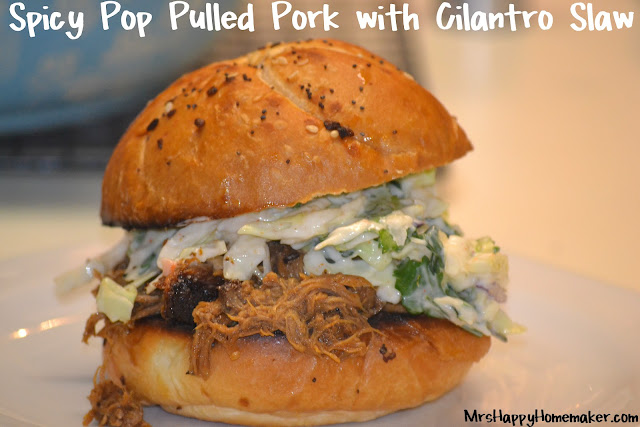 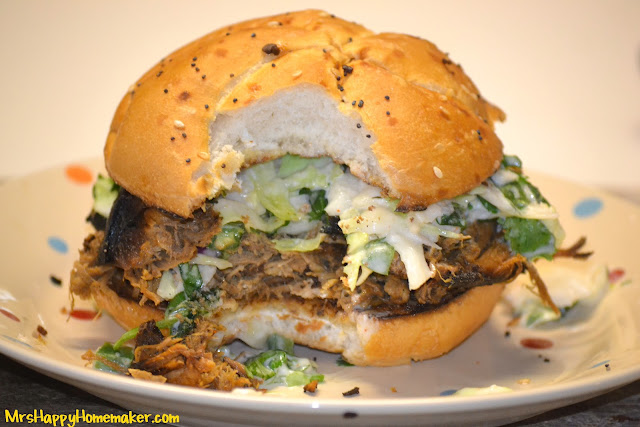 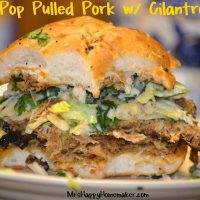