London Broil with Chimichurri Sauce – this is my favorite way to prepare a London broil! Charred on the outside & perfectly pink in the inside. 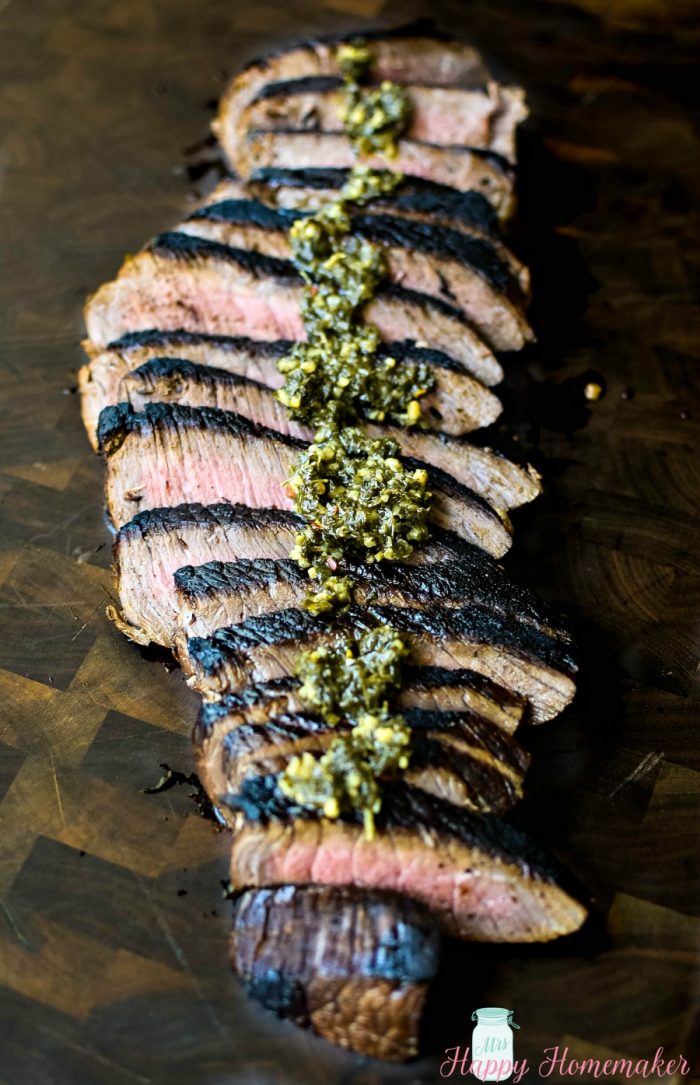 I think that London broil is a bit underrated. It just doesn’t get enough credit. It’s personally one of my favorite cuts of meat. It’s budget friendly, and when cooked properly – it’s just as flavorful as a more expensive cut of meat.

I cook my London broil on a cast iron skillet. I love having a nice, charred outside while keeping the inside nice and pink & using a cast iron is the best way to achieve that.

Always remove it from the fridge a couple of hours before cooking so it has time to come to room temperature first. Half the time I just season mine with garlic salt & pepper & don’t use any marinade at all. It honestly doesn’t really need it. The other half of the time – I marinate it in original Allegro marinade. My Aunt Debbie turned me onto it many years ago & it’s been a favorite since. Not necessary, but I do love the extra flavor punch that it provides not to mention how well it tenderizes the meat. I’ve made many a homemade marinade, and that one still remains at the top of list. 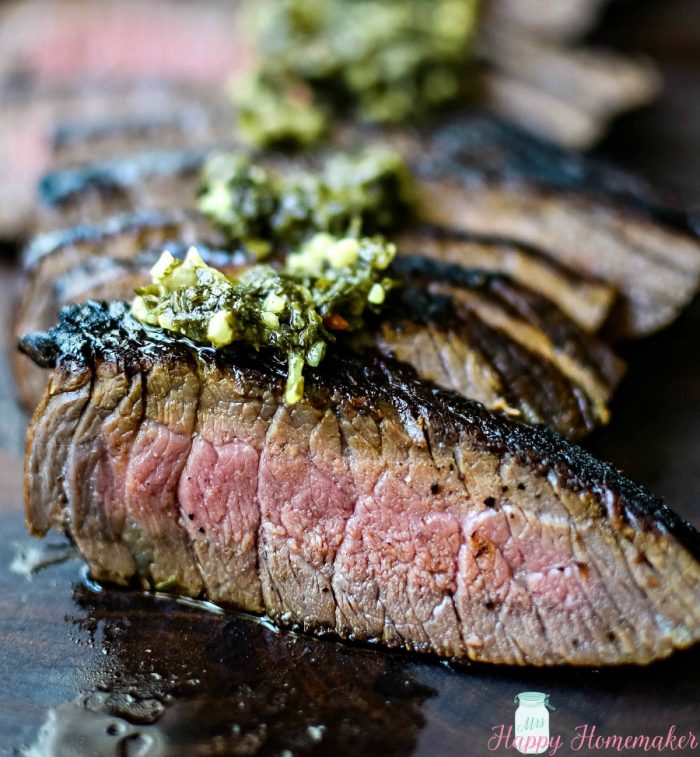 For a 2-3 pound London Broil, I get a cast iron skillet super smoking hot without any butter or oil on it. I also make sure that my London broil is super dry, I pat it down with paper towels all around, then season it with garlic salt & pepper.

Once that cast iron is smoking, and I do mean smoking (turn on your fan & open up all the doors and windows, y’all… trust me lol. But it’s worth it), sear that piece of meat on each side for about 7-12 minutes on each side. 7-8 if you like yours on the rarer side, and 10-12 if you like yours more done. After it’s seared on the second side, remove it from the skillet and let it rest on a plate for 10-15 minutes before slicing. It’s best sliced thin, and against the grain.

Once it’s sliced, pour the chimichurri sauce (recipe below) down the center of it. Like in the photos. Or, just serve the meat as it is & put the chimichurri on the side so everyone can get their own amount. 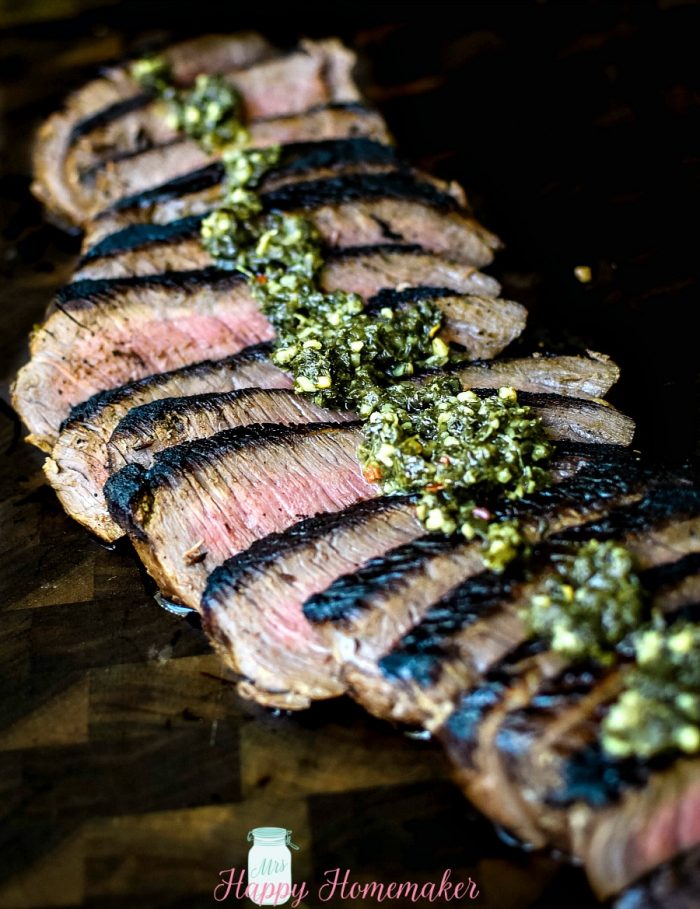 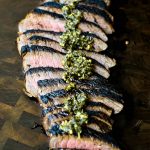 For the London broil:

For the chimichurri sauce:

For the chimichurri sauce: