Stuffed Mushroom Spiral Chicken – I took my cheddar bacon stuffed mushrooms and turned them into a filling for this spiral chicken recipe. It’s so good! 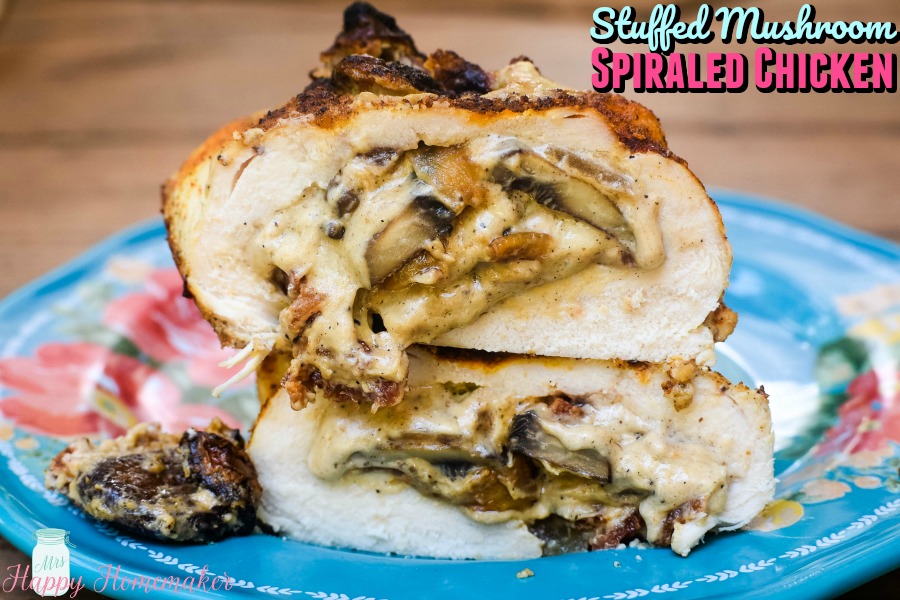 I have made stuffed mushrooms for longer than I actually liked mushrooms.

Yes, I used to absolutely hate mushrooms. I ended up marrying a man (my late husband, Michael) who could eat them like popcorn. He wanted them in anything and everything – and then there was me, who would literally gag at the mere thought of eating them. Once he requested stuffed mushrooms, so I made him some.  I stuffed them with cheddar cheese, cream cheese, bacon, & sautéed onion and mushroom ends and baked them up in the oven. Michael popped one in his mouth and it was instant love. 😉 After some (ok, a lot of coaxing. There may had been a bribe or two… lol) he got me to take a little nibble of one. Whoa. They weren’t terrible. In fact, they were kinda good.

They ended up becoming Michael’s favorite food in the entire world. He loved those stuffed mushrooms!

I liked them enough that the next time I made them, I put a stuffed mushroom on my plate. And, I ate it without gagging. That’s a great lead into a recipe isn’t it? I ate it without gagging. But wait – stay with me here. I actually liked them. And I got another. Each time I made them, I ate a few of them. I still didn’t really care for them in anything else, but this way? Oh – they were good. They are good.

You can get my Cheddar Bacon Stuffed Mushrooms recipe here.

Because of how good that recipe is, I’ve played around with it here and there. Once Michael and I came up with a Cheddar Bacon Stuffed Mushroom Dip – and oh my word, I could eat it with a spoon. Like a casserole! That was so delicious that recently I started thinking about playing around with it some more and I’m so excited to share this new recipe with you. 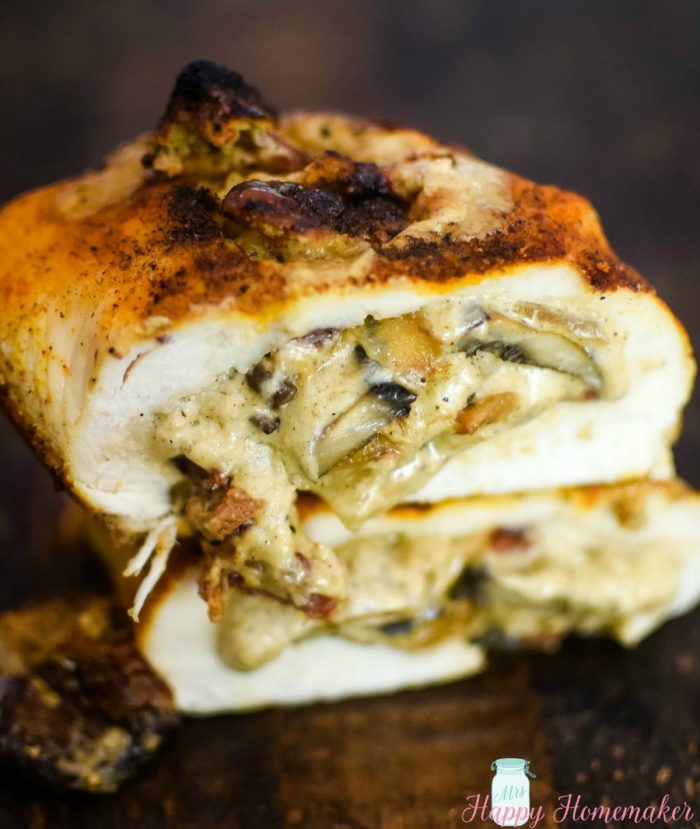 The chicken is juicy & the stuffing that’s inside perfectly pairs with it. It’s a pretty amazing chicken recipe, if I do say so myself.

Don’t let the word ‘spiral’ throw you off. It might sound complicated but I promise you that it’s not. Spiraling chicken is oh-so-easy. You just take a boneless skinless chicken breast and give it a butterfly cut… which is cutting it halfway through the thickness almost all the way across… but not entirely. You want the ends to still connect. Then, you open it up like a butterfly so to speak. Afterwards, you spread the filling over it and roll it up like a burrito. Then, you just bake it! 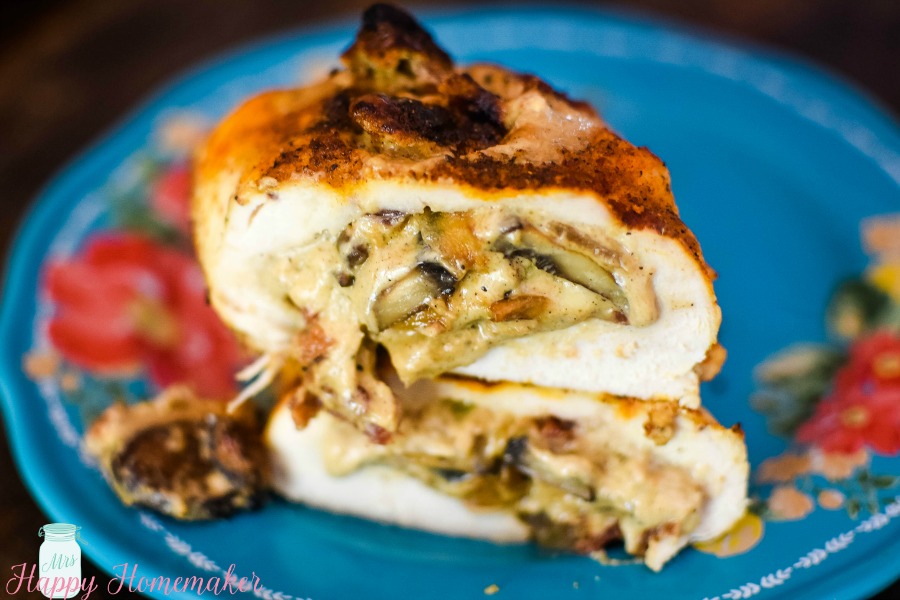 If you love mushrooms, check out these delicious recipes! 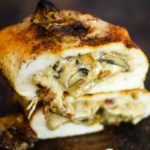