These Cheddar Onion Mini Biscuit Puffs are the first thing I learned to cook as a teen, & I’ve been making them ever since! They’re very easy & oh so yummy! 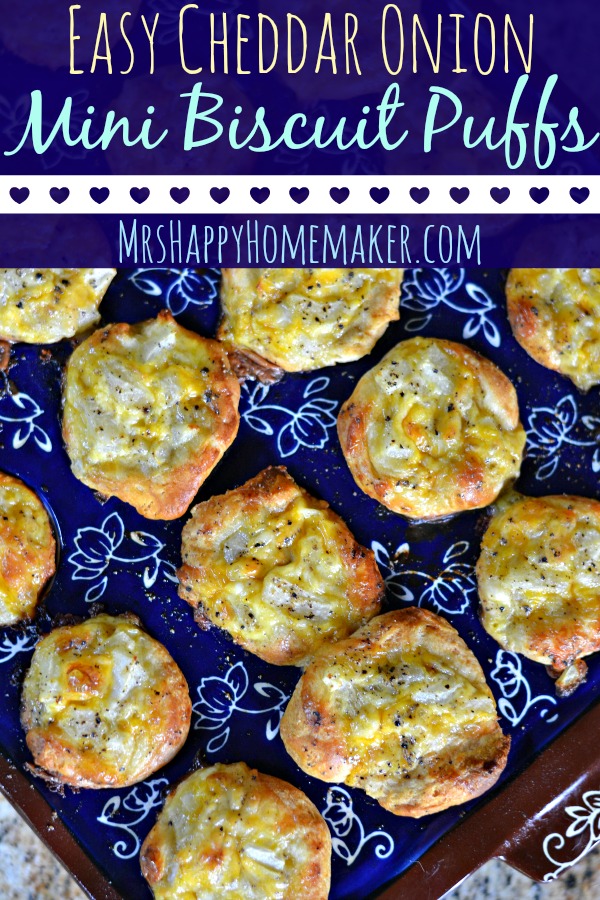 Today I’m going to share with you the very first thing that I ever learned to cook on my own – Cheddar Onion Mini Biscuit Puffs.

Believe it or not, I learned how to make these out of a Weight Watchers cookbook that my Mama had in her cookbook shelf when I was a young teen. I can’t tell you which Weight Watchers cookbook it was as Mama got rid of it eventually to make room for the billion & three other cookbooks she has collected over the years, but thankfully – I still have this recipe because I love it so much.

I was just starting to become interested in cooking at the time, & I wanted to make something in the kitchen myself – so I began thumbing through Mama’s cookbook collection where I found this recipe, and we just so happened to have everything needed to make them. The original name for this recipe is ‘Cheddar Onion Hors D’oeuvres’ but that just sounded too fancy to me for such an easy-peasy recipe like this.

Another reason I dropped the whole ‘hors d’oeuvres’ from the name? Every single time I see that darn word, I wanna say ‘hors devores’. Whoever came up with the spelling for that word – I don’t like you, & I’m not trying to be mean. I can say supercalifragilisticexpialidocious better than I can pronounce ‘hors d’oeuvres’. I know in my brain how it’s really pronounced, but immediately when I read it – I automatically say ‘hors devores’ instead. Every. Single. Time.

Thankfully, as the true Southern gal that I am, I have no problem saying ‘Biscuit Puffs’. 😉

I remember how proud I was after I made these for the first time in my youth. I made them a ton as a teen, it was literally about the only thing I knew how to cook at the time.

They’re SO good. I could honestly just throw them all in a big bowl and eat the entire batch while watching tv on the couch. It did come from a Weight Watchers cookbook after all, so that means eating the entire batch is ok – right? Sounds like good logic to me. (If you wanna know how many weight watchers points this has, I have no idea. I’m sure there’s a calculator somewhere on the web though where you could easily figure it out) 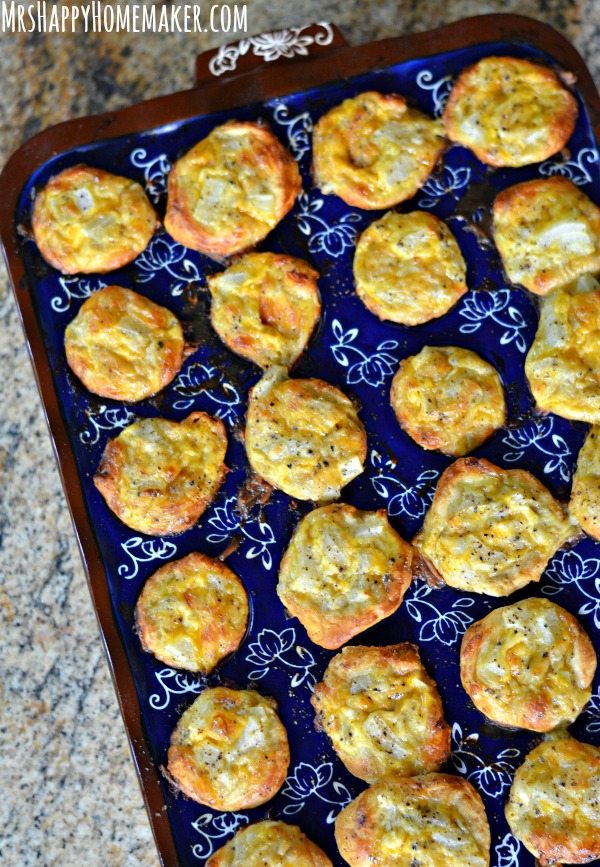 Ready to make ’em? I know you are. Here’s what you need: 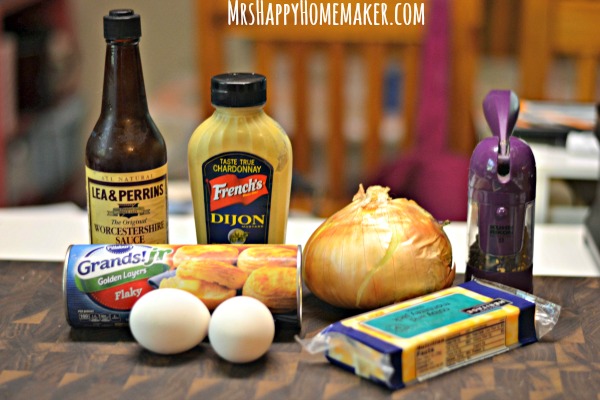 Carefully separate each biscuit from 1 tube of flaky layered biscuits into 3 thin layers of dough. Keep the biscuits in the fridge until the moment you’re going to separate them – this is very important because otherwise, the layers will be difficult to separate!  Firmly press one layer onto the bottom & up the sides of the muffin cup; set aside.

Now, let’s make the filling. In a bowl, beat together 2 eggs, 2 teaspoons of Worcestershire sauce, 1 teaspoon dijon mustard, 1/2 cup finely minced onion (a microplane works great for this if you have one – I also use a microplane for fresh garlic, huge timesaver), & 1/2 cup of shredded cheddar cheese. Season with salt & pepper. Sometimes I add in a little grated fresh garlic or garlic powder, but it’s not at all necessary. Spoon about a tablespoonful into each biscuit-lined cup. 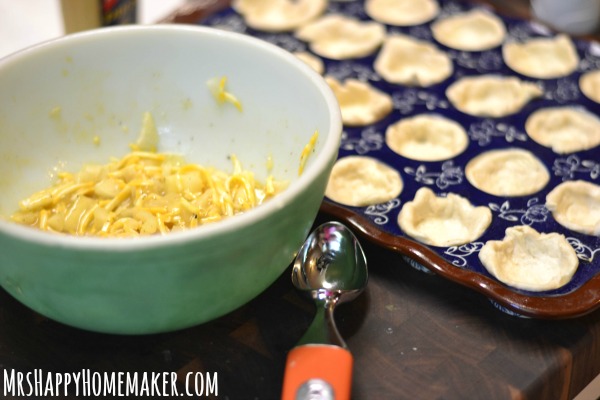 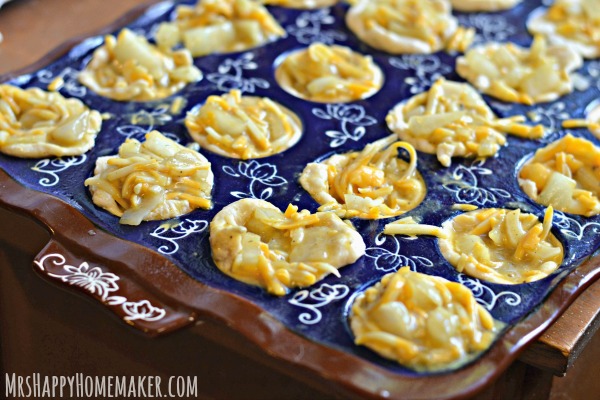 Bake at 400 for about 12 minutes, or until lightly browned & puffed. 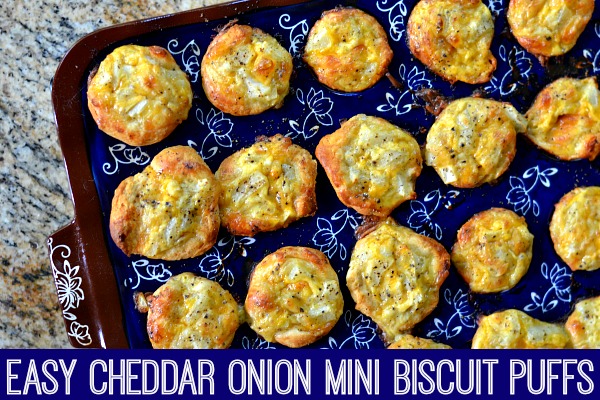 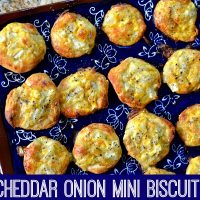 You may also like these delicious recipes of mine! 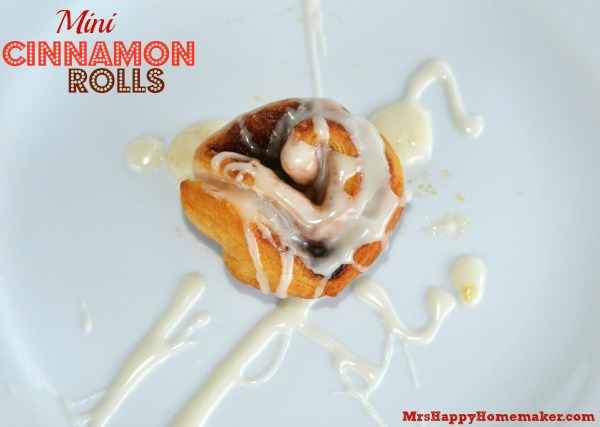 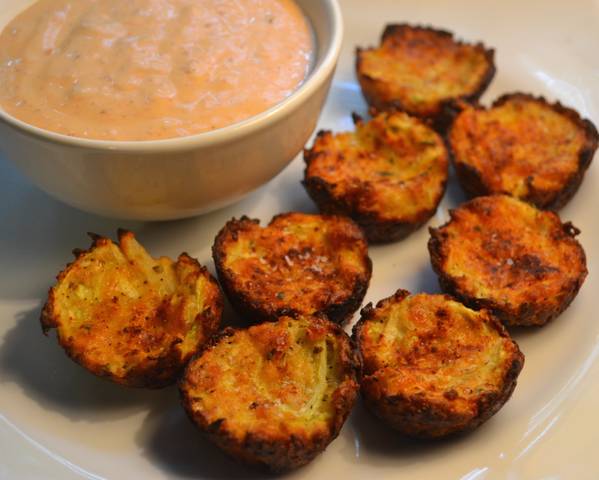 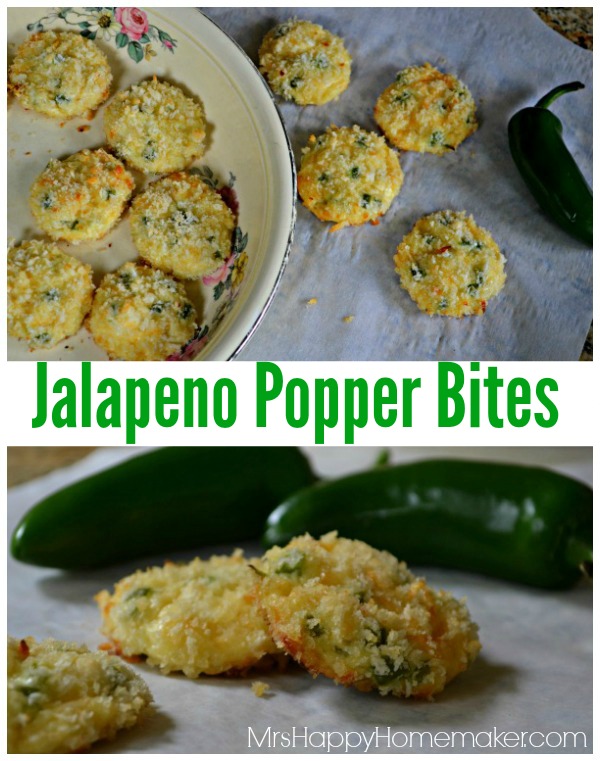